Colin Hearts Kay is the kind of movie we can’t help but love: It’s shot entirely on location in Brooklyn, with a soundtrack by talented up-and-coming Brooklyn bands and most importantly, made on a pea-sized budget. This veritable ode-to-Brokelynites about a guy, a girl and a break-up is having its world premiere tonight at the Brooklyn International Film Festival (Brooklyn Heights Cinema, 9 p.m.). And on Sunday, CHK has been honored with closing out the 10-day fest. That show’s all sold-out, of course… except for the TWO FREE TICKETS we have to give away to one lucky Brokelyn reader.

How to win the two passes to the 8 p.m. show on Sunday, June 13? E-mail [email protected] by Saturday at noon and we’ll randomly pick a winner from the entries. And remember, you have to be an e-mail subscriber to win. Not a subscriber? Sign-up here (takes two seconds).

And in case you can’t catch the movie this weekend, here’s a little peak at who’s behind it and what the film was like to make. I chatted by phone with the Conley brothers—the Emmy-winning director Sebastian and his brother, director of photography, Ben—about the brotherly dynamic, their film and working on the *tiny in Brooklyn.

Where did you grow up? Brooklyn?
Sebastian: We grew up in the Bay Area. I’ve been a New Yorker for 15 years. Brooklyn for the past five. I look back at my time in the Upper West Side and shudder. I could have been here all along!
Ben: I’ve been here for three years. Straight to BK.

When did you start this movie? Was it the script, the location or something else that prompted it?
S: We were both working and (making) web content and web videos, and then the economy tanked. A script kind of came together because we had nothing else to do all day. We picked a simple structure: boy meets girl.

How long was the shoot?
S: About a year. Weekend-warrior style.  We shot as much as we could, and then we ran out of money. So we made a trailer, had a fund-raising party and got back to it when we could.

It’s shot entirely in Brooklyn?
B: Yup. Most of it was shot in Sebastian’s apartment, cause it’s free.
S: We kind of wrote that into the script; that’s how you do things on a microbudget. You use what you got.
B: We shot one beautiful scene on a snowy day on 10th St. between Sixth and Seventh Aves. And as we were filming, a guy opens his door and says “you chose the best block in Brooklyn for this shoot.” He might be right.

Any other public locations?
B: We also used Roots Cafe. And the Dumbo side of the Fulton Ferry Park. Also we shot a scene in Toby’s kitchen. We’d hang out here after long days of shooting.

Speaking of long days, how was it working together?
S: I honestly don’t know how I could have done it without having a brother there. I mean, there were dark times. Grown men in tears. No money. Almost losing lots of footage. Shooting in the apartment that you live in while trying to plan a wedding.

Wait, plan a wedding?
S: We’d be shooting a party scene in the main area while my fiancee planned wedding stuff in the bedroom. She’s amazing, but it took a toll. In one scene we have the walls closing in on Colin—we use some special effects, but we also literally tore out the walls to make this scene happen.

So, did it happen? Are you married?
S: Oh, yes! She still married me. We did it. Very happy.

For your score, you’ve got a bunch of unsigned Brooklyn bands. That is awesome, first of all. And second, why?

S: We knew from the beginning that Colin Hearts Kay was going to be a love letter to Brooklyn, so we wanted music to capture it. They might not all be unsigned anymore!

Are there any secrets to filming on a microbudget in Brooklyn?
B: Well, we really lucked out with technology. Canon just came out with a new camera that has basically…
S: Revolutionized independent film. So now a lot of people have this, but at the time we were the first to use this camera for a feature film. And now it’s just the way to go. And, shooting in Brooklyn helps.
B: It’s true. Everywhere we shot, we just had to ask, and everyone was more than willing for us to do it and to help out.
S: Also, I’m a cartoonist, and some of the sets are in a cartoon world. That saves some location time and money!

*The brothers said their producers wouldn’t let them divulge the exact budget, but the  number’s “real real real real low,” Sebastian says. “Suffice to say that much of the film was financed by Uncle Visa.” 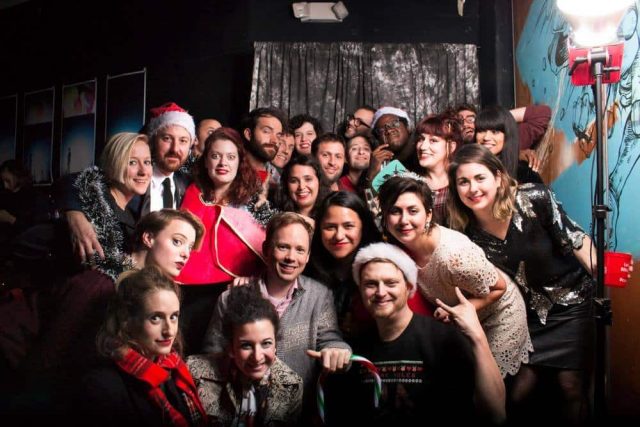 What kind of Brokester are you? Take our survey and you could win 2 free Beer Books

Take all of less than five minutes to fill out our survey and you could win $60 in Beer Books, which can be exchanged for way more than $60 worth of beer. 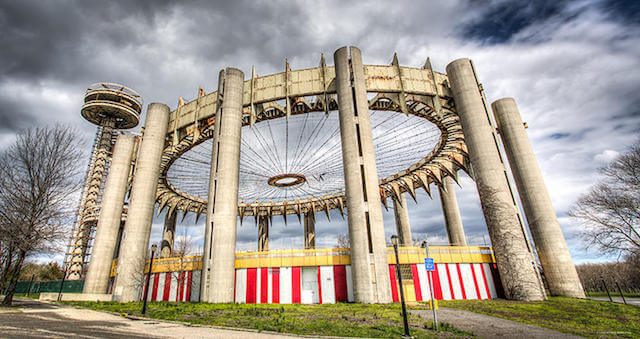 You know that crazy spaceship-lookin thing you occasionally drive past in Flushing? Now you can go inside.

Hey filmmakers: Nitehawk wants your shorts for their festival

We want you in your short shorts, Nitehawk however is only currently looking for your film shorts.