2014 was a Red Wedding of a year for Brooklyn’s beloved DIY music venues. Death by Audio closed in November, 285 Kent shuttered in January and Glasslands threw its last party on New Year’s Eve. Those were more or less the Big Three of the DIY venue world at the time, and they were all felled by one common axe: Vice (plenty more spots closed for other reasons too, fwiw). Many other venues have popped up since then to fill the void, but the year marked a turning point for the DIY scene, which is classified by questionably legal venues, cheap concerts and a less profit-minded ethos. Even before Glasslands closed, the folks from PopGun, which ran the space, were looking ahead at plans for a new, bigger and more permanent home.

This week, PopGun officially announced their new project, and it’s going to be much larger, more ambitious and more polished than the lovably makeshift Glasslands: in the fall they’ll open Elsewhere, a 24,000-square foot, $3 million venue and art space built out of an old furniture assembly warehouse in Bushwick. It’ll contain an open rooftop, art gallery, loft bar and multiple performance spaces, with the goal of attracting both local up-and-coming artists and national acts. We talked with PopGun cofounders Jake Rosenthal, 29, and Rami Haykal, 28, about why they went big with their new project, whether they still hold a grudge against Vice and why DIY venues may be forced to grow up.

“It has become much harder to throw up some drywall, subdivide some space and start doing shows in a way that’s going to last more than a few months,” said Rosenthal, who lives in Bushwick. “There are spaces that are still doing it, but it’s been a pretty rough few years for those spaces. That is one of the things that we started seeing in the last few years: a lot of people are starting to realize they’re going to have to take a different approach.”

The venue is at 599 Johnson Ave., near the Jefferson stop on the L train, in this building. The exact opening date is still TBD.

This space is much bigger than Glasslands — how hard was it to find something this big? Was this the size you had in mind?

Rosenthal: When we first started looking, we were targeting 12,000 square feet. We originally intended the space to be much smaller. When we found out Glasslands was going to be closing, we still wanted a smaller room as part of this project. We intended to be operating a small room for emerging music at the same time as a bigger one. That was important for us to continue to do shows at that scale so we can take chances on small artists. We decided to expand the Elsewhere project to be able to have a smaller room like that.

Haykal: We were on the market looking for a unique space for over a year. We saw a lot of warehouses but we fell in love with this specific space.

Haykal: It’s going to be pretty raw but still have some space set aside for artwork commissioning. It will have a good sound system and good infrastructure to allow shows to sound good.

Rosenthal: The thing that’s hopefully going to impress people is the art and the community we will be leaning on to beautify the space. We never went into the project intending to or expecting to spend a lot of money to make it look beautiful.

Why did you decide to go so big — and spend $3 million — on the new space instead of finding another smallish spot like Glasslands to just put on some shows?

Rosenthal: The fundamental thing that we wanted to solve for with Elsewhere — that was never really part of our intention with Glasslands — was to build a space that could last, that was sustainable. It wasn’t that we felt like we needed a space that was wildly more ambitious. [But] it’s a huge difference from when you’re starting a venue [in] a warehouse, subdividing the warehouse, in many cases illegally, and trying to run a space like Glasslands. Ultimately, that kind of stuff kinda catches up to you.

What we want to do is create a space that local and emerging artists can reliably come [to] and know they can experiment, try out their material, make art in an exploratory and celebratory environment. That’s what we’re trying to make with this project. 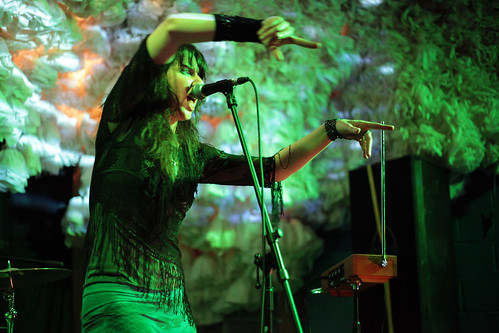 So there’s a growing up aspect to it?

Rosenthal: There’s no good way in New York City in 2016 to build a space that does [DIY shows] in a sustainable way that doesn’t address really sizable challenges like building codes, egress, making sure people are safe in the space. The amount of code and architecture and fire safety and all these things that go into building a space from the ground up, to do that by the books and by code, to know that’s going to stick around for a few years or a decade or two: That’s where a huge chunk of that money just right off the bat goes to.

How did you go about raising the money?

Rosenthal: One dollar at a time. We started with nothing, we had no idea if it was going to be possible to go out there and find people who care enough about the stuff we care about to trust us with their money, to build a spot like this. We started in January 2014, going out there and convincing people this is a place that needs to exist, and convincing them why. We started with friends and family, and people we had met in the music community. We kept at it, we were on the warpath, doing three, four meetings a day for basically a year. It ended up being all individual [backers].

I think there’s as sense that raising money, you’re beholden to people or forces that compromise the vision of a project. But luckily we found a lot of people who believe in this and support it in a really genuine way.

It feels like we’re constantly in a flux of people bemoaning the closing of venues, while new ones pop up all the time. What’s your take on the state of music venues in the city? Are you optimistic for the future?

Rosenthal: There’s a lot of people out there right now who do events, who play shows. There’s an insane amount of fiercely creative people who are really good at what they do. I don’t think that has changed at all. One of the challenges that has gotten more difficult in the last eight years [that] I’ve been experiencing what it is to run a music venue in the city is that the very first group of people who get into the training wheels of what it takes to run a music venue usually start at the DIY level. That is the rung of the music community that has gotten very difficult with increased cost of living, increased enforcement, increased red tape at the Department of Buildings level, the Health Department level. There are spaces that are still doing it, but it’s been a pretty rough few years for those spaces.

That is one of the things that we started seeing in the last few years: A lot of people are starting to realize they’re going to have to take a different approach. Which I think is a bit of a shame because part of what made music community or scene over the last 10 years in Brooklyn so exciting was the freedom that came with the ability to do things for fun and fun alone, for its own sake. 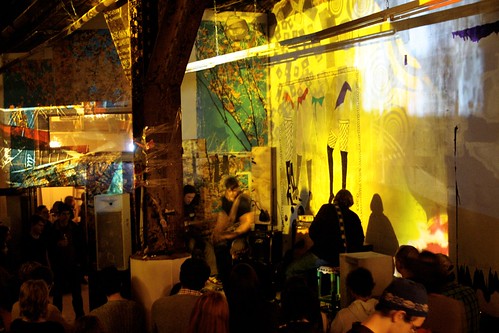 In your mind, is there an inherent value to DIY spaces or are we all just fetishizing the grunginess of places with no air conditioning and busted bathrooms?

I think there’s amazing people doing amazing things all the time. [But] if you don’t have the infrastructure and the tools to do what they want to do, it’s that much harder for them. But you know, people are finding a way. That’s also part of the New York spirit as well. People do find a way to do things. I think those spaces are absolutely indispensable. They allow people the freedom to experiment and make mistakes and to evolve and grow instead of putting people in the same pressure cooker environment that exists everywhere else in there city. That’s the genius of those spaces and that’s why really good music and really good art comes out of those spaces.

Do you still hold a grudge against Vice for taking over the Glasslands building and other spaces out so they could expand their offices? The Death by Audio folks don’t seem to have gotten over it yet.

Rosenthal: Glasslands lasted eight and a half years. I don’t think anyone thought it was going to be around for as long as it was. We just felt lucky for the time we had there honestly. If it wasn’t Vice it was going be someone else. It’s hard to lose a space that we care about that much and to lose a staff that’s been family to you for years. There’s a sense of loss around that but everyone also kinda realized we had a really good run, a longer run than most get to do.

How are you going to protect yourself against being plowed under the by the inevitable gentrification of that part of Bushwick, or some Vice manifest destiny plan to turn all of Brooklyn into its office spaces?

Rosenthal: We just tried to learn our lessons from last time. We made sure to get a really good lease, a long lease that’s pretty tenant favorable [Editor’s note: he wouldn’t say exactly how long], protect ourselves against noise. I don’t think there’s anyway to totally future proof yourself against those kinds of things. We’ll be around for as long as we can be around, that’s all we can hope for.

Follow Tim who has lost more than a few personal belongings at DIY venues over the years: @timdonnelly.