Finally. FINALLY. After two years of political campaigns from dozens of candidates, followed by the world’s most grueling overtime face-off between semifinalists 4 prez Donald Trump and Hillary Clinton, the general election comes to its much-awaited end this Tuesday, November 8.

It’s sure to be a night to remember— which is exactly why you shouldn’t have to. If anything, this is our last chance to drink ourselves into a blissful Obama-livion before “the next four years” with a certain someone begin. We’ve rounded up all the cheap election night parties in Brooklyn, since you’re going to need more than one drink. We’ll keep adding to this list as more come up, so stay tuned if you don’t see one you like just yet. Though as far as we’re concerned, just about anything beats dealing with the nail-biting anxiety of the vote count alone.

The Nitehawk gang screens election results in their downstairs bar and offers happy hour pricing on beer, wine and well drinks for anyone who shows their “I Voted” sticker (sorry, St. Marks polling site). 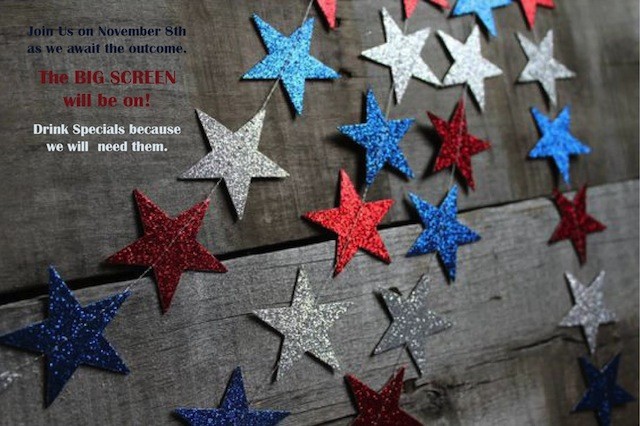 The election will be made infinitely more bearable with a well-mixed cocktail in hand and a bowl of popcorn. Huckleberry offers happy hour 5-8pm and drink specials all night long, plus big screen election coverage and a v. solid snack menu.

Boasting a special election night food menu, Brooklyn Winery wines and a cocktail special, this promises to be among the more elegant ways to ring in the 45th presidency. Seating is first come first served, so get there early to guarantee a seat.

An HD projector screen adorns the main ballroom inside this Greenpoint venue. where you can watch results roll in on election night. Full seating! Food and drink specials all night long! Featuring “bad hombre” and “nasty woman” cocktails.

All political stripes are welcome at this drinking game / public exorcism / healing ritual to renew your faith in democracy! The “United States” game show will pit politically opposed teams against one another to see who can agree on the most stuff. Disagreements will force you to drink. Prizes included a night at the Wythe, a Williamsburg bar crawl and dinner for two at a restaurant in Greenpoint TBA.

This isn’t a viewing party, but it deserves an honorable mention since some of you might actually want to escape live coverage of the election and laugh instead. Join local comedians as they make sense of an election year that no one wants to repeat. Featuring the Experiment’s own Mo Fathelbab, as well as Connie Perry, Matt Levy, Alexander Payne and more.

Watch the election results with indie arts mag The Seventh Wave in a cozy, dimly lit bar and café with late-night eats and good booze.

Panty company THINX invites all community bleeders and fellow feminists to an intimate election watch party in the back of WILD, a bistro in Williamsburg. Live streamed results, $5 drink specials, a chance to mingle with the whole THINX team, and a feeling that you’re as #WithHer as you could possibly be.

Videology is screening election coverage on all of its screens and will “keep going until a winner is declared,” and hopefully ending with a champagne toast, depending on which candidate wins (eep).  There will be drink specials. 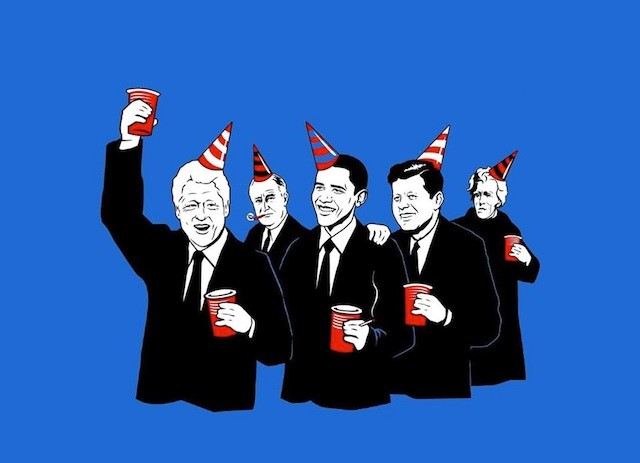 The Society for the Advancement of Social Studies brings you “a proper political party” with talks on presidential history, live election coverage, presidential trivia games, and drink specials.

In the hopes that this election comes to a feminine ending, hit up Cantina Royal for a feminist election night viewing party. Ladies Get Paid hosts with A Women’s Thing, Women 2.0, the Six Degrees Society and other lady groups, with swag by I Feel Like Hillz.

Sip on $8 Campari cocktails while you watch the election results roll in, 6pm ’til late. 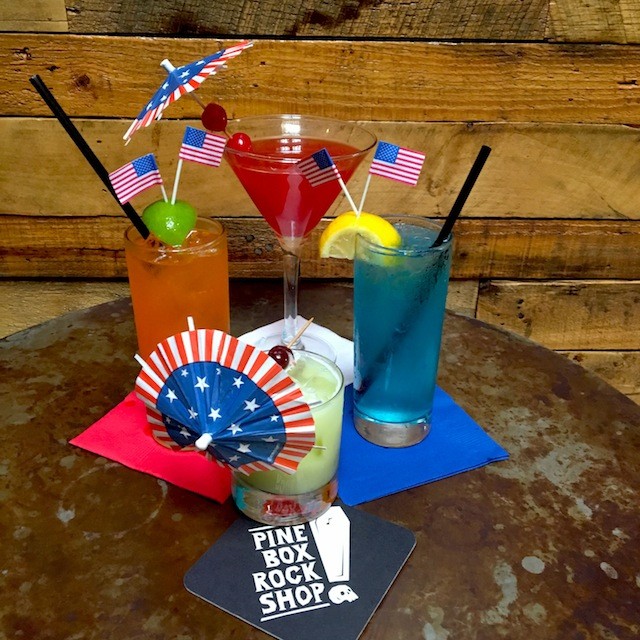 Drink away your election blues at Pine Box with themed drink specials like the Donkey Punch (tall and blue), the Elephant in the Room (red martini), the Tremendous Trainwreck (tall and orange) and the Pantsuit, an all-vegan cocktail of shaken rum, Midori and almond milk served on the rocks. Cap it all off with a free champagne toast — you’re going to need it.

Mexican beer specials and tacos reign at this election night viewing party, which even comes with the good ‘ol election rage standby: a Trump Piñata. 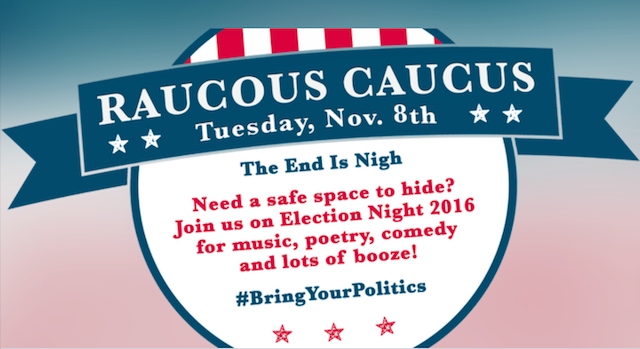 The Fundamental Theater Project hosts a night of music, comedy, poetry and booze so at least we can herald the end of the world with a little song and dance. Plus live election screening, an open mic portion of the evening and $3 drink specials. Bonus: $10 admission buys your first drink.

The Bushwick cinema will show live election coverage on the big screen in their theater — HELLO, in-seat popcorn service while you die of anxiety! Plus drink specials. 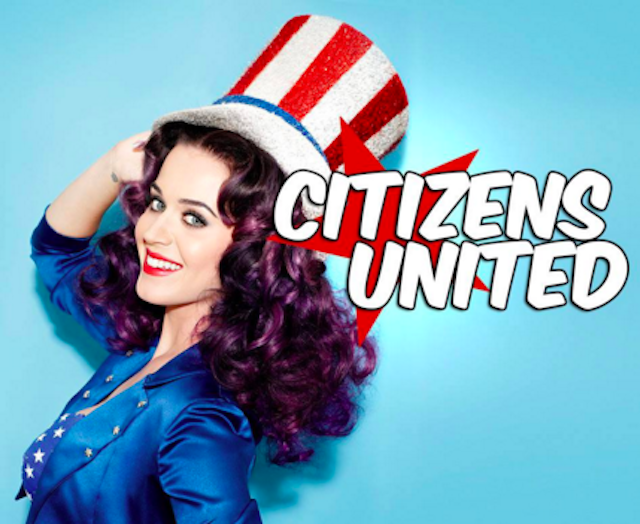 Part cabaret, part conjuring and part so many other things, this election night party suggests red, white and blue attire for the festivities which include drag performances, spoken word, spell-casting and more. It’s decidedly “a fuck you to tr*mp” and an acknowledgment that our work is just beginning. Hosted by Chris Tyler as Katy Perry.

Enjoy live election coverage (and hopefully herstory in the making) with grassroots organization The New Kings Democrats at this cozy Bushwick watering hole. 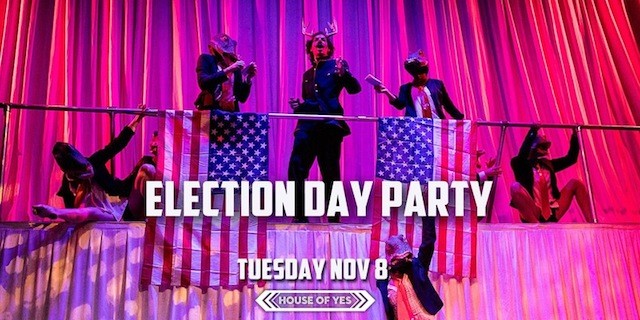 House of Yes hosts an extra sexy “vote hard, come harder” party that invites you to vote with your hips and dance it out to dirty funky hot jams while election results come in. Themed drink specials and maybe pizza. Dress in your punniest political costume (or use one of ours)! There’s a $100 cash prize for best clever and witty political costume.

There’s a happy hour until 10pm with $5 beer, wine and well drinks at this election night viewing party. Courtesy of PlayTime, which is apparently some kind of strange dating organization that hosts social events.

Jewish community service organization Repair the World NYC hosts an election watch party with an assortment of food, a keg, and an invitation to all to come and enjoy. 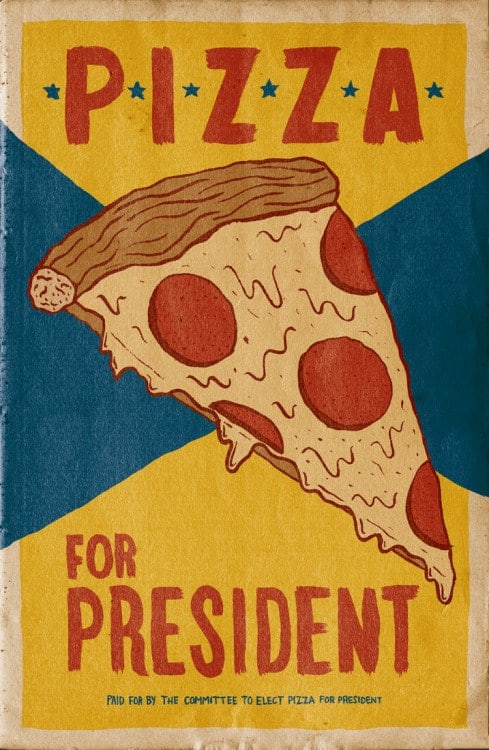 Watch the live results of the election on the big screen, with pizza arriving between 7-8pm! Happy hour all night with your “I Voted” sticker.

Just down the street, The Saint Catherine offers a more nihilistic option for anyone who’s already given up on the hopes of being satisfied with an election outcome and just wants to drink their misery while staring into the screen as the results roll in.

Watch the election results and then enjoy a new open mic comedy night at this Western-themed bar. 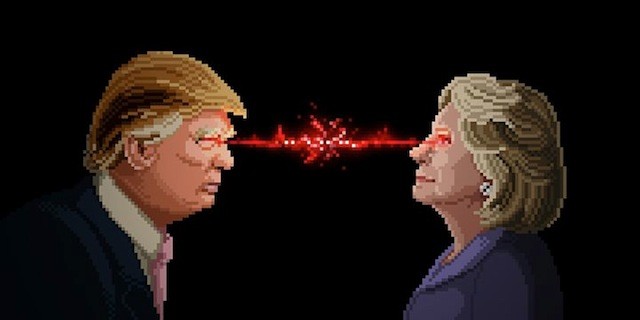 Head over to this Bed-Stuy music venue after you vote to get ridiculously drunk and watch election results live in the front bar and back venue. With live DJs, and $3 Tecate beers and $1 empanadas from 6-9pm! Goes ’til late.

There’s an HD screen at this German restaurant and bar, so you can watch states get called in larger-than-life definition. Plus happy hour specials on select beers and half-priced bottles of wine. Seating is first come first served.

If your mind is as morbid as the election itself, head to Alamo Drafthouse’s House of Wax bar to watch election results roll in onscreen next to spooky wax figures of dead people and genital deformities (seriously). 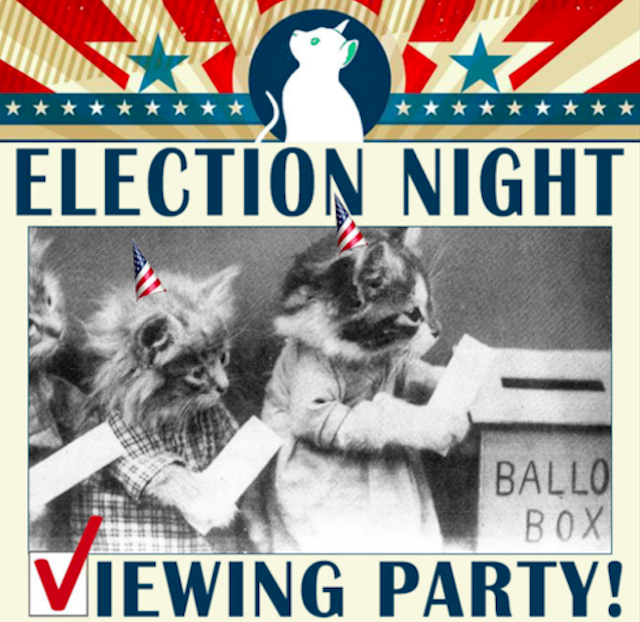 Okay, so it’s not the cheapest election viewing party out there. But if the only way you can picture soothing your election day nerves is cuddling kittens, then this party (with beer and snacks included!) is the way to go. Election results will be interspersed with funny cat videos to help LOL the pain.

So long as they don’t call the election early, head over to Hank’s Saloon for a truly rowdy election watch experience. There’s a big screen with audio, regular barflies to help color your experience and drink specials to booze the night away for either outcome (gulp). “No pussy grabbing!” Amen.

Starting as early as 4pm, The Pacific Standard offers up $5 cans of Founders ale and $20 buckets while you watch the election on two big screens with the sound turned up. Plus a $5 for two tacos deal all night long!

Union Hall offers you the chance to “watch the returns” (i.e. voting results) on the upstairs screen, as well as the downstairs screen depending on how much they fill up. If a library-like atmosphere is wont to soothe your nerves in uncertain times, head on over.

The Central Brooklyn Democrats are gathering a crowd at Black Horse Pub to watch the fate of the nation as it’s decided in real time. Alcohol is here for this.

Did we miss your watch party? Email us the info at tips[at]brokelyn.com!