Comedy Central’s “Comic to Watch,” and Brooklyn resident Robert Dean will release a new album, (It’s Not Easy) Being Dean on April 12. We suggest getting your hands on it sooner rather than later. 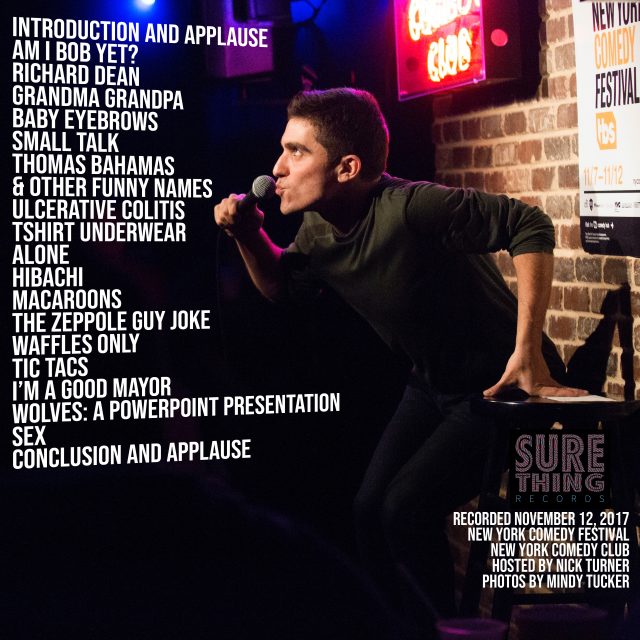 Recorded at the New York Comedy Festival in 2017, the release covers a myriad of laugh-out-loud topics such as eyebrow insecurities, weird therapists, dating woes, and more. Since no topic is off limits, each track is a major laugh and totally relatable.

One of our favorite picks? “Wolves: A Powerpoint Presentation” is completely solid. Other faves include “Am I Bob Yet?, “Small Talk,” and “Alone.” You can also preview Dean’s “The Zeppole Guy Joke” via Paste Magazine for a much needed laugh.

Robert Dean will be going on a stateside Amtrak tour to support the new albumPre-order the new Robert Dean album here.