Earth Day is this weekend, which is a great opportunity to remember that the President and his allies either think that climate change is a Chinese hoax or are too concerned with generating profit for massive corporations to care that we’ll all be wearing full-body heat repellant suits and /or living in underwater communes soon if they don’t do something about it. This week brings the Climate March, small, local meetings, a few sign-making events, and plenty of ways to make the world a better place.

Taxes are good when they’re used to fund education, healthcare, social services, art, and basically any good thing that isn’t war. Taxes are bad when they’re used to fund endless warfare and bombing foreign countries, which, unfortunately, is what a big chunk of your tax dollars end up going towards. This protest, sponsored by the NYC War Resisters League, Brooklyn for Peace, NYC Catholic Worker, and other organizations calls on the federal government to stop spending your tax dollars on foreign wars and excessive military spending. 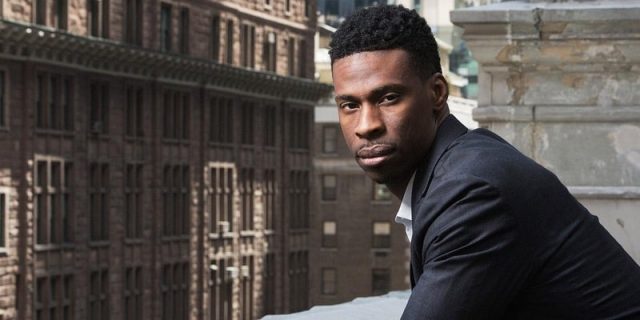 Approximately 70 million Americans have criminal convictions, but few people have an understanding of incarceration and the criminal justice system. This town hall, moderated by criminal justice advocate Marlon Peterson, is a conversation with two formerly incarcerated people and focuses on transforming notions of justice and community.

Asia Wadud, Geoffrey Olsen, and other writers and poets will perform their work at this reading, which benefits the Queer Detainee Empowerment Project. No one will be turned away for lack of funds, but be sure to donate if you can: the QDEP helps provide people who are coming out of immigration detention with health and wellness, educational, legal, and emotional support and services. 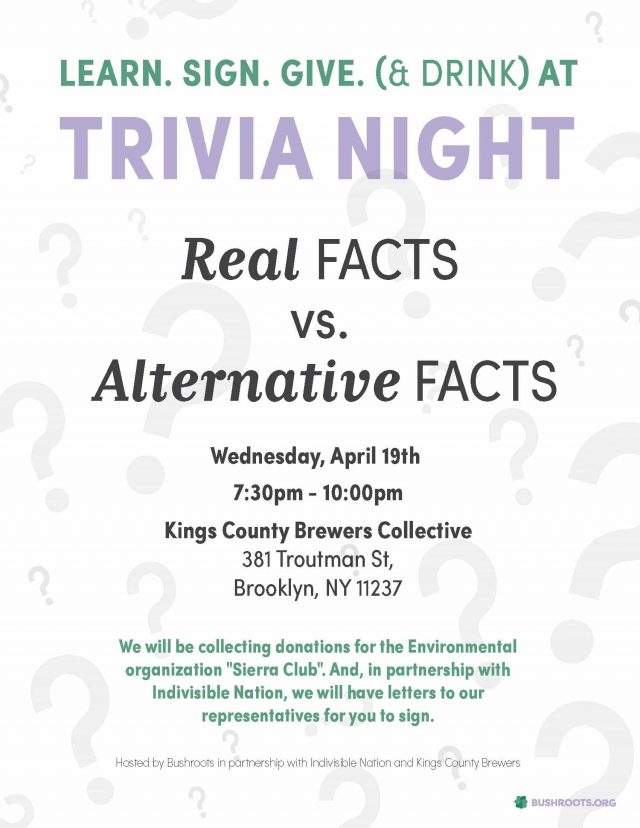 Given the amount of misinformation that surrounded the election cycle (and beyond), it’s important to differentiate between truth and “alternative facts.” Learn the difference between the two and play trivia for a good cause at this month’s Bushroots fundraiser, benefitting the Sierra Club. Organizers will also provide letters for your local representatives you can sign.

Congresswoman Yvette Clarke is hosting this town hall about Trump’s immigration policies, healthcare, and how to keep New Yorkers safe from gun violence. The event starts at 6pm but doors open at 5pm, and it will also be available to stream on Facebook, Twitter, and Instagram. 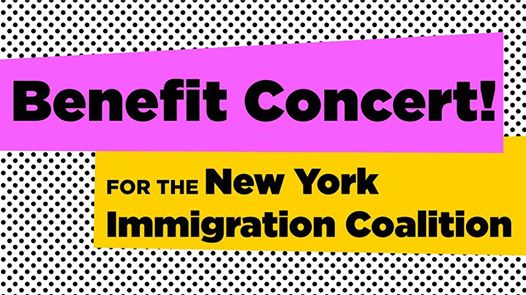 Artists of all backgrounds are coming together for this concert, benefitting the New York Immigration Coalition (think Colombian accordions, Sinaloese music, Brazilian samba, and more). The lineup includes Banda Nueva York, Gregorio Uribe, One Ring Zero, Mamie Minch, Zamba 2 Samba, MikelParis, and Accord Treble Choir. Plus, food: Mexican delicacies will be provided by Oaxaca Taqueria, and treats by Colson Patisserie.

The New Kings Democrats are having their monthly meeting this Wednesday, and they’ll be hosting local candidates running in the 34th and 38th Council Districts. They’ll also be discussing their updated Criminal Justice Reform Platform, which was finalized at last month’s meeting.

This new weekly outing, sponsored by #GetOrganizedBK, is a chance to write postcards to local representatives, make calls to senators, and coordinate weekend protest events with like-minded people–during the day.

Rally to Get Money Out of Politics
Foley Square
111 Worth St., Manhattan
12pm – 2pm

It’s pretty difficult to run for office if you don’t have the backing of a major party (and big donors), but Bernie’s campaign proved another reality is possible. This rally calls for an end to big money in politics, and features several speakers, including progressive and Green Party candidates like Jabari Brisport, who’s running for City Council in Brooklyn’s 35th district and Ali Mizra, who’s running for Congress to represent Western Nassau and Southern Queens. 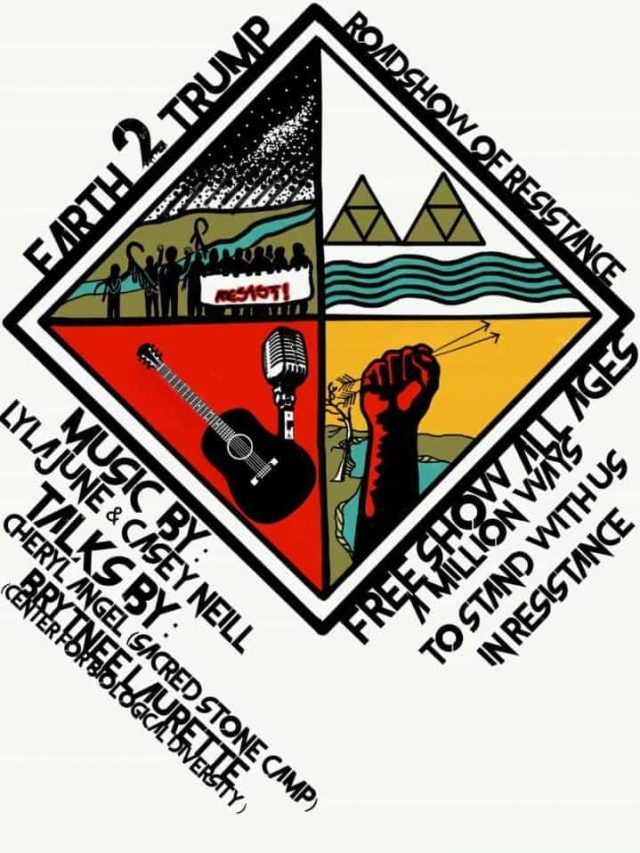 This free show is both a fundraiser and a call to action, with special emphasis on environmental justice and stopping the Dakota Access Pipeline. The show features musical performances by Lyla June and Casey Neill and speeches by Lakota elder Cheryl Angel and activist Brytnee Laurette. Prints will be for sale, with proceeds benefitting the Lakota Peoples Law Project, and there will be a station where you can write letters to your senators. Postcards and stamps will be provided, all you need to do is show up.

It’s no surprise that the ACLU is one of the organizations leading the fight against Trump’s most inhumane and unconstitutional policies. This show, featuring a Jake Henry’s “Boneyard,” a drum and electronics solo by Jason Nazary, spoken word by Sean Ali, and avant rock by Heavy Eyeballs is a chance to listen to great music while raising money for a great cause. All door proceeds and a portion of bar sales go directly to the ACLU. 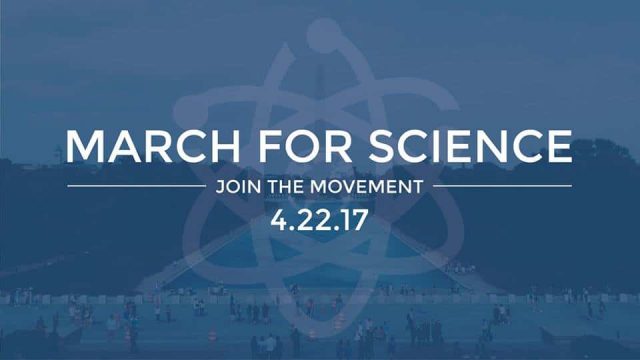 Our president thinks climate change is a “Chinese hoax”–or at least, he’s said this before and never bothered correcting himself. Congressional Republicans are similarly denying climate change is happening despite the evidence being everywhere. This march is, essentially, in support of science, scientists, and continued funding for research that makes the world a better and more educated place. Everyone is encouraged to bring signs, banners, and props, just please don’t bring wooden or metal sticks.

In addition to claiming that climate change is a Chinese hoax, Trump has reduced environmental regulations, promised to deregulate the coal industry (which, by the way, won’t bring back the jobs he promised), and is a staunch supporter of the Dakota Access Pipeline. Dwaine C. Perry, President and Chief of the Ramapough Lunaape Nation is one of several confirmed speakers at this Earth Day rally, sponsored by the Sierra Club and United For Action. Afterwards, the group will join the Science March. 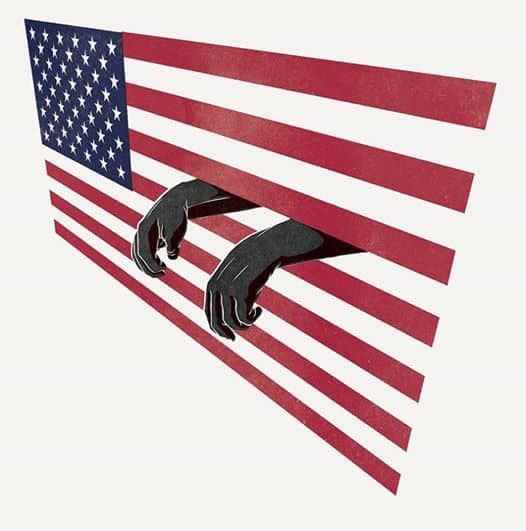 Since the ’70s, the War on Drugs has disproportionately targeted and criminalized poor communities and communities of color. This rally/party calls for an end to the drug war, the full decriminalization of marijuana, and the repairing of communities that have been torn apart by the war on drugs in New York, which is especially important now that Attorney General Jeff Sessions has reversed a DOJ directive to stop using private prisons. If you can’t attend, be sure to sign the petition here.

Thanks to the president, there are more than enough causes to worry about at the national level, but sometimes it’s best to think locally. This march calls for the elimination of mandatory rent increases across all boroughs, the expansion of tenant’s rights, and the creation of a more equitable city.

Artist Tegan Broyzna is leading this sign-making workshop and discussion about incorporating sustainability into artistic practice (and the ways artists can fight climate change) on Earth Day. Snacks and drinks will be provided!

This panel, organized by the Democratic Socialists of America’s feminist working group, discusses what socialist feminism encompasses, why feminism is essential to socialism (and vice versa) and the intersectionality of feminism and socialism with various other topics, like race, reproductive rights, health rights, and labor rights.

Puerto Rican activists played a major role in 20th century social movements, and their history is often forgotten or looked over. Carmen Vivian Rivera and José E. Velázquez, both leaders of the Movimiento Pro Independencia and the Puerto Rican Socialist Party, will lead a discussion about their activist experiences and their movement’s relevance to contemporary US politics, supplemented by a brief visual presentation of the “¡Despierta Boricua! RECOVERING HISTORY PROJECT,” an archival collection of the PSP. They’ll also share some of their research for an upcoming book abou the experience of the PSP in the United States. 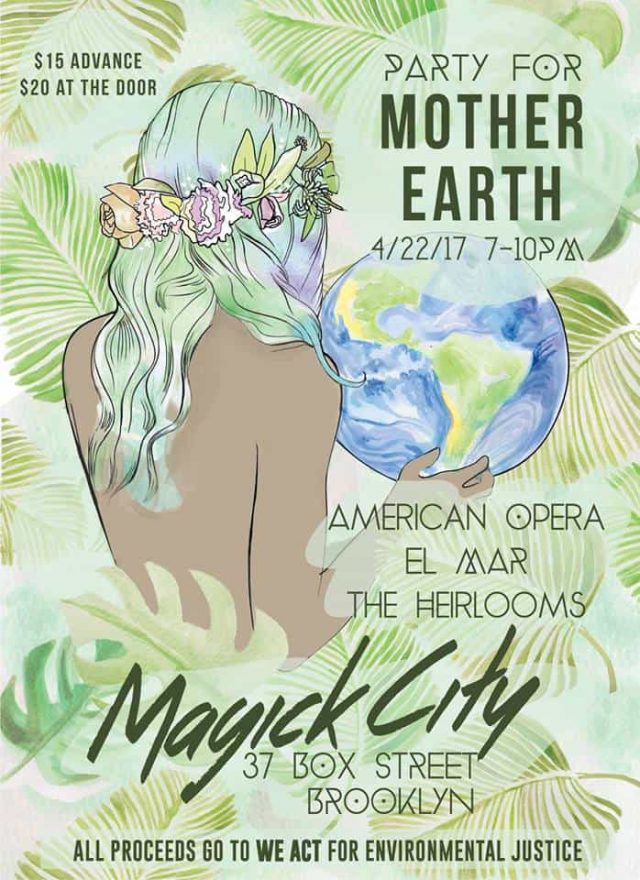 All ticket sales and a portion of bar sales from this Earth Day party benefit WE ACT for Environmental Justice! There will be musical performances by American Opera, EL MAR, and The Heirlooms and plenty of drinks poured up all night. If you can’t make it but still want to contribute, you can donate through the EventBrite link.

Make signs, pamphlets, organizational materials, and more for the April 29th Climate March, for upcoming May Day protests, and more at the latest Propaganda Party at Interference Archive. They’ll provide the materials and space for different organizations to create and share materials, so bring things to share and a bag to carry everything, and get ready to meet other organizers! 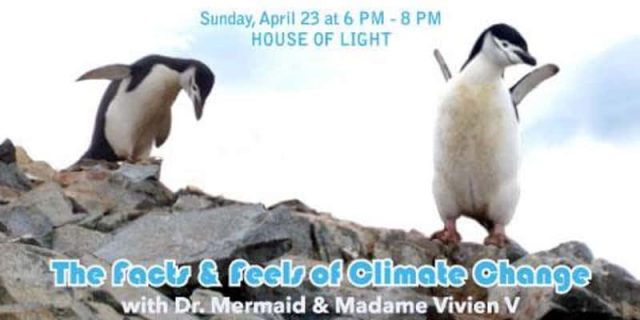 We all know climate change is happening, but few of us understand the science behind it. At this event, led by Dr. Debra Tillinger, you’ll learn some hard science and clapbacks to use against science deniers, plus a bunch of cool shit about the Earth. Tickets are $20 in advance and $25 at the door, but if you’re a community organizer, artist, or protester who can’t afford admission, email [email protected]