Chicken and waffles hold a strange place in the food pyramid. They’re neither a true breakfast dish nor a lunch item despite the role chicken and waffles separately play in our diets. Have we found the holy grail of brunch? Regardless of when you choose to stuff your face, chicken and waffles are wonderful. Unfortunately, they can just as easily empty your wallet as fill your stomach.

Armed with the belief that chicken and waffles can be both affordable and delicious, I checked out eight Brooklyn restaurants all offering the dish for $13 and under, and ranked them for each individual component and the value of the meal as a whole.

Good place to go if you want all of your dreams to come true.

The fried chicken at Pies ‘n’ Thighs is what all fried chicken aspires to be. Who cares about pork rinds? Their fried chicken skin could easily become America’s next great junk food. The fluffy but hearty buckwheat waffles were served with stewed apples making the entire meal feel like a warm hug. High point: fried chicken nirvana. Low point: the hour-long wait during brunch. 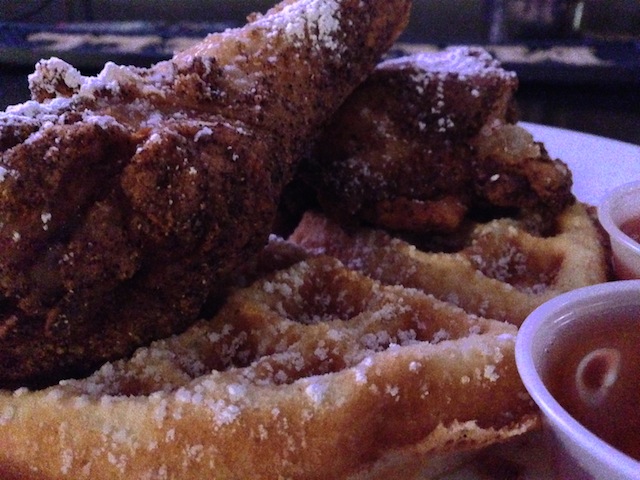 The People’s Republic of Brooklyn
247 Smith Street, Carroll Gardens
Served: All day
$10 ($5 until the end of November)

Good place to go with your buddies.

The People’s Republic of Brooklyn earns its value score with its great chicken and waffles deal. With all the money I saved, I could afford a few $4 beers on tap. Even without the discount, this place is worth going to, with well-seasoned chicken and light waffles making the meal. The bartender won points for conversation, too. High point: my bulging wallet. Low point: the fun had to end. 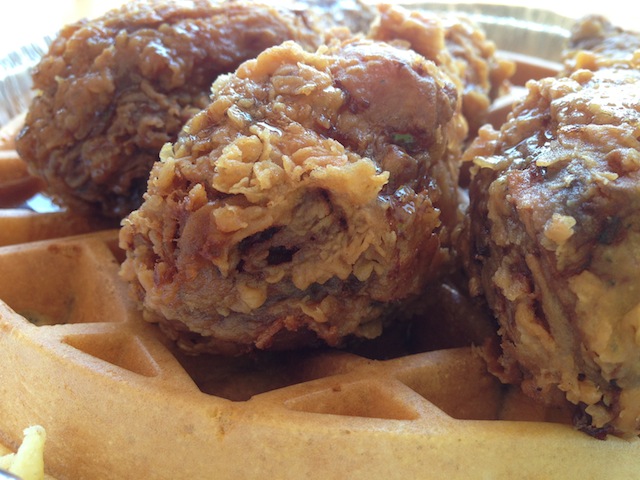 Good place to go if you can spend the rest of the day to spend in a food coma.

I ordered the DooWop Supreme which is fried chicken served on a jalapeño cheddar waffle. I was skeptical of jalapeños in my waffles, but the savory waffle complimented the fairly standard chicken. My one complaint was the limited seating, so I recommend ordering to-go. High point: huge portions that will leave anybody stuffed. Low point: sticky syrup elbows from the tiny counter. 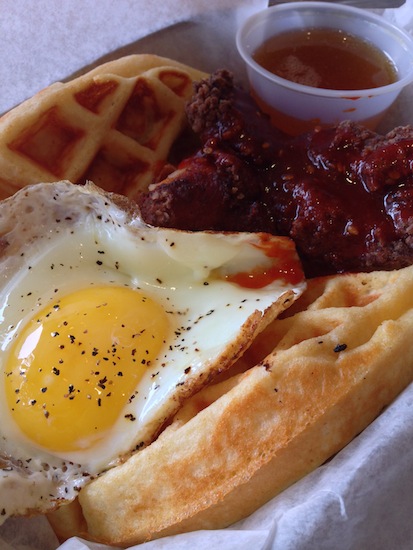 Good place to go to if you feel adventurous or if you’re gluten free.

The chicken and waffles at Kimchi Grill are a spicy-sweet experience, thanks to a spicy sauce that will kick your weekend hangover into oblivion. They’re also the only gluten free option on the list. I could eat the crispy sauce-coated chicken for every meal, but the mung bean waffles tasted under-cooked. The portions were also on the smaller side. High point: brunch flavor explosion. Low point: strange waffle texture. 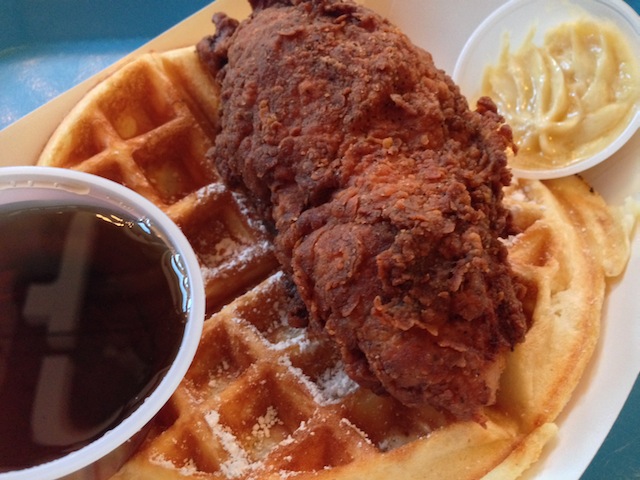 Good place to go after a hard day of shopping.

I expected a restaurant with “chicken” in the name to have good fried chicken, but the entire meal was surprisingly pleasant. The savory waffle held its own against the syrup and molasses butter, and I really enjoyed my large chicken breast. The location in the Fulton Mall is also incredibly convenient. High point: no bones holding me back. Low point: indigestion after eating too quickly. 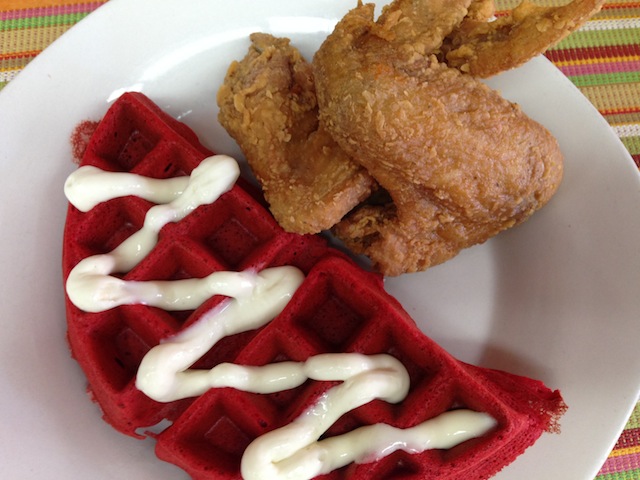 Good place to go for great chicken and a warm smile.

Napoleon’s Southern Cuisine and Bakery was by far the friendliest restaurant I went to, but the food was all over the place. I loved the moist chicken, but I could not get behind the red velvet waffles. Is red velvet even a flavor anymore or is it just food coloring? The waffles didn’t have much taste, and the cream cheese icing was too tangy for me. High point: amazing sweet tea for $2. Low point: bland waffles. 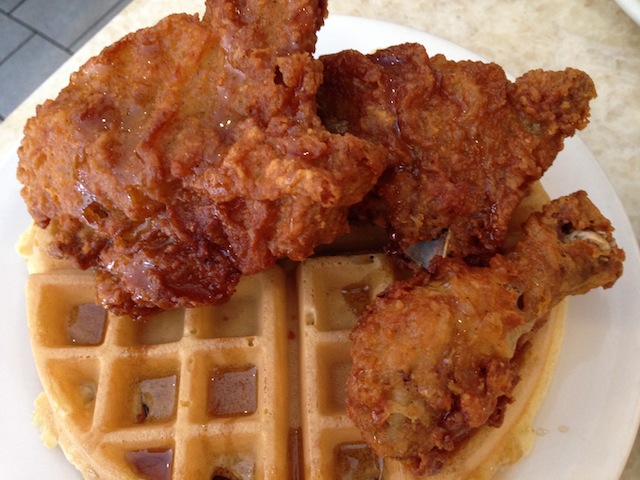 Good place to go if you’re hungry and you walk past.

My chicken and waffles were very average. The waffle had a delightful vanilla flavor the first few bites but quickly turned soggy. The fried chicken, on the other hand, maintained a pleasant crunch. Unfortunately, the pieces were more fat than meat and dissecting my chicken felt too much like work. High point: adorable diner atmosphere. Low point: forgettable meal.