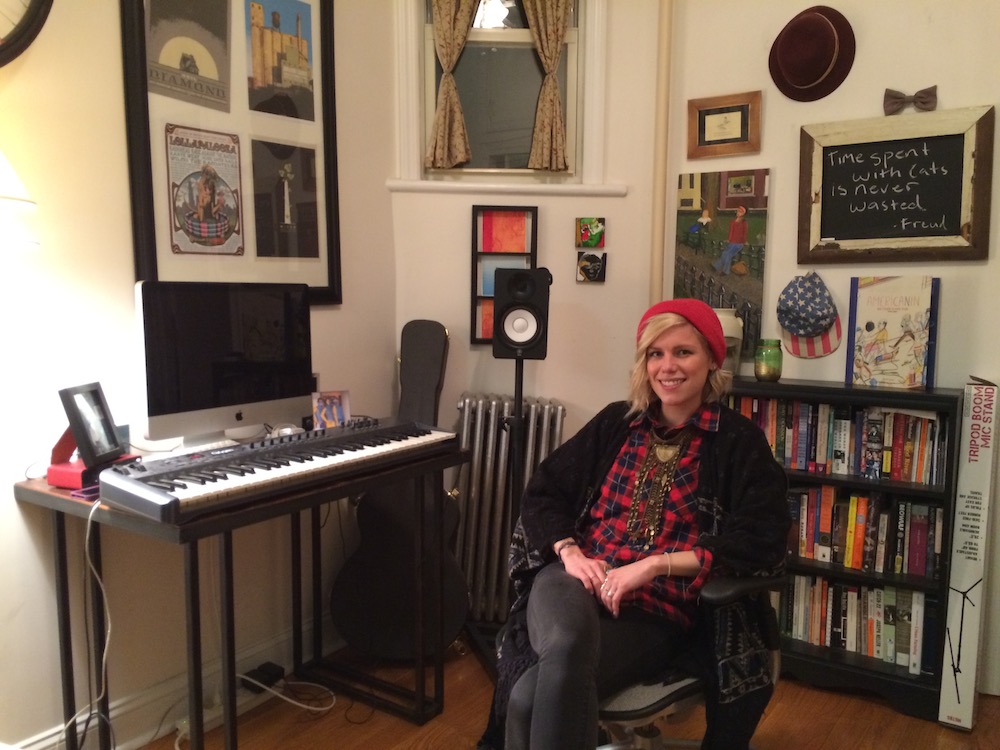 Fillmore Real Estate presents #BKOriginal, a series about businesses and personalities that capture the true spirit of Brooklyn. Showcase your #BKOriginal photos for a chance to win prizes at BKOriginal.com.

Childhoods don’t get much more musical than Grace Weber‘s. The Brooklyn-based singer-songwriter grew up in Milwaukee surrounded by musicians: Her grandfather was an accordionist and a pianist in the army, and he made sure all ten of his kids learned how to play an instrument. At holidays, they would gather around the piano and sing or put on miniature musicals.

“I don’t even remember the first time I sang, because it was just something I did. It’s like trying to remember talking for the first time,” Weber says. She grew up singing in gospel choirs, and even performed on Showtime at the Apollo. By the time she was a senior in high school, she appeared in a karaoke competition on Oprah.

These days, Weber has come into her own, cultivating a soul-pop style that she describes as “Adele meets Allen Stone.” Her second album, The Refinery, marked her debut as both a writer and a performer, and caught the attention of the larger music world. The record, produced by Malcolm Burn and Geoff Stanfield, captures a sound that Weber says she’s been working toward for a while.

“For a long time, I think I was trying to mold myself into something else,” she explains. “Like, okay, so Ingrid Michaelson is cool right now, so maybe I should try to sound like her? Maybe I should go more pop. Then I finally realized that I just need to do what I love.” 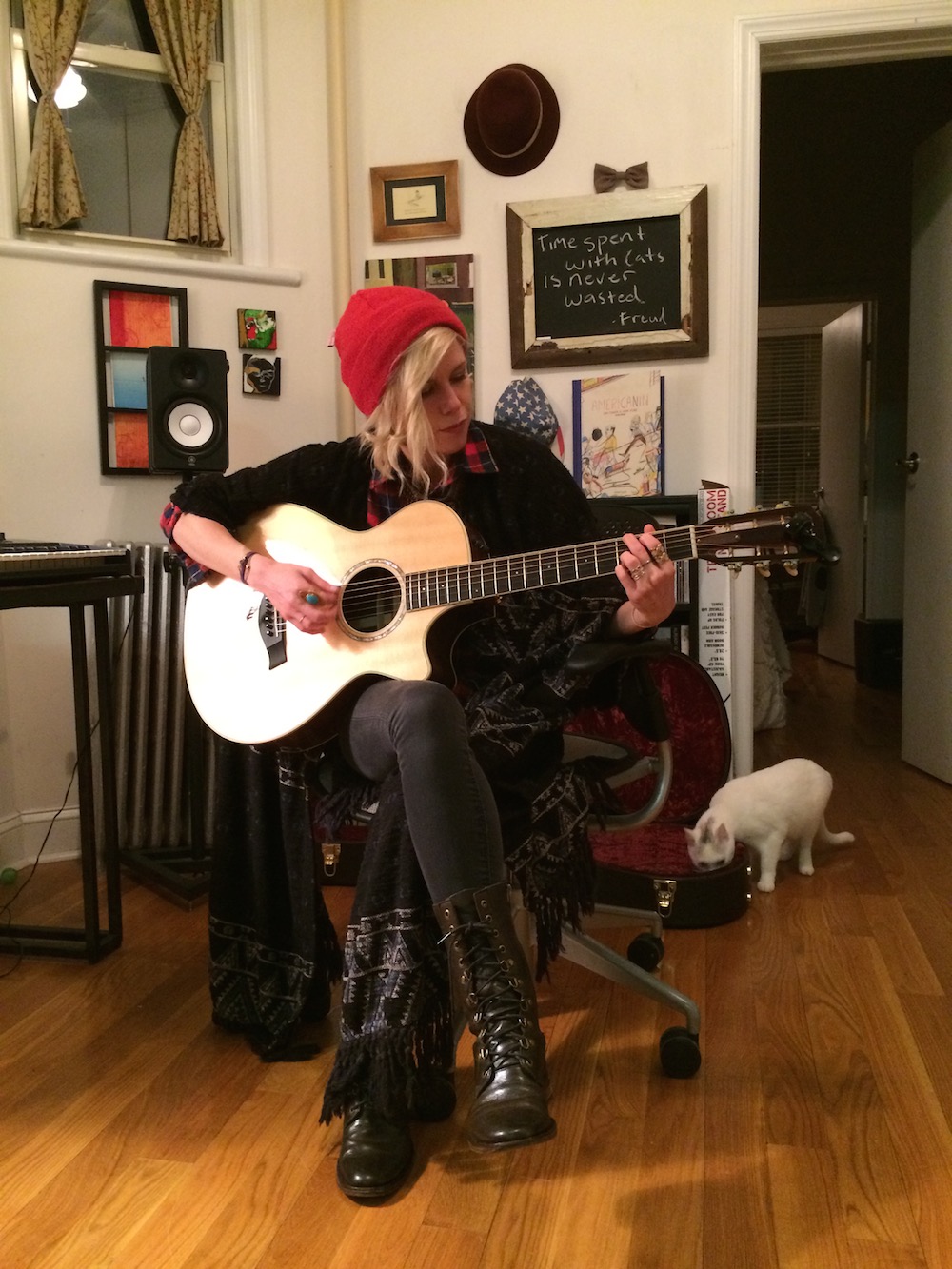 Weber shares an apartment in Williamsburg with her boyfriend and two snowy-white cats, the walls lined with original art and music posters, her guitar and keyboard in a place of privilege. When she takes out her guitar, one of the cats takes the opportunity to curl up inside the case. Weber has recently returned from a West Coast tour. Though she was thankful for the L.A. sun, she’s happy to be back in Brooklyn. “The grittiness of New York is refreshing to me. It’s like a cold shower. It makes me feel really energized to make art,” she says. 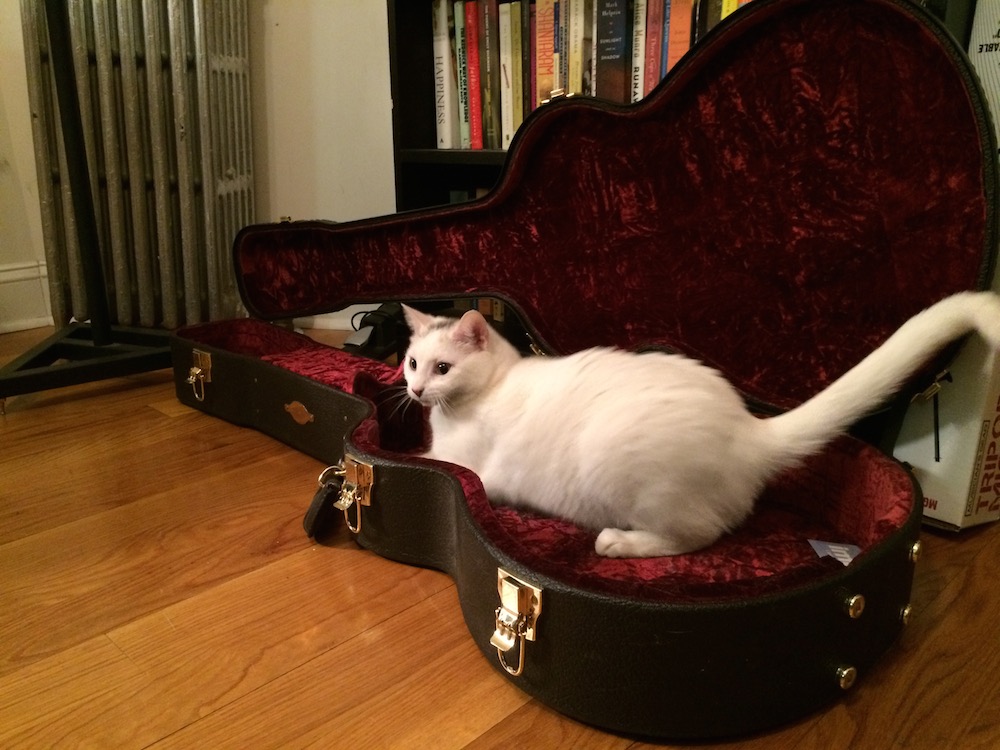 Right now, she’s working on playing live as much as possible, particularly in the city. Her favorite spot to play in town is Rockwood Music Hall on the Lower East Side, which she says “fosters an incredible music community. All these different kinds of musicians, whether you’re super established or just coming up, have the opportunity to play there.” In Williamsburg, she frequents shows at The Knitting Factory and The Living Room. 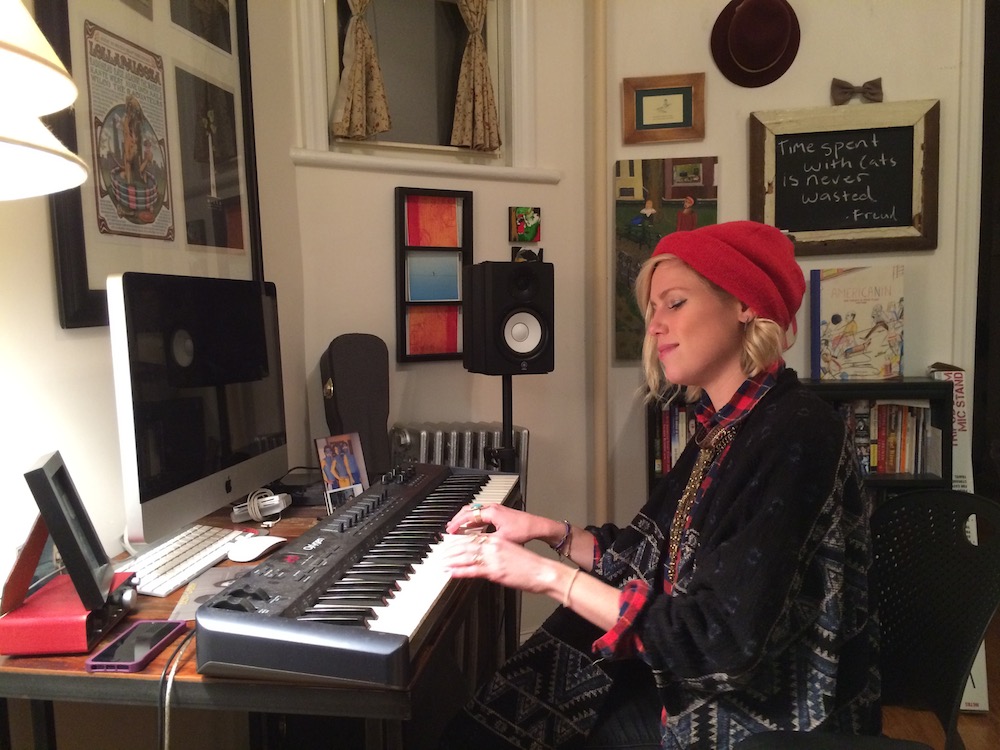 The most exciting opportunity that’s come to Weber lately is the chance to collaborate with Billy Steinberg, the legendary songwriter who co-wrote classics like Madonna’s “Like a Virgin” and the Bangles’ “Eternal Flame.”

“It’s so crazy,” Weber says. “I was talking to him this morning and I was thinking: Dude, you wrote ‘True Colors,’ and you’re writing a verse to my song right now. This is so weird! I never thought my life would take me down this path.”