To quote a tweet over the weekend: “So far so good. Only a couple hundred more Saturdays of unprecedented national protests and we should all be okay.” It seems the nihilistic, Tasmanian Devil of racism that now occupies the Oval Office is not going to ease up trying to undermine fundamental American values any time soon. But every step of the way, Trump’s actions have been meet with virulent protests nationwide — and unprecedented fundraising for groups like the ACLU.

In other words: Strap in kids, we’re in this for the long haul. Here are the latest protests/rallies and anti-Trump fundraisers this week, which span the spectrum from protests outside Sen. Chuck Schumer’s office to a class teaching women how to embrace the revolutionary thing known as “pockets.” We’ll keep updating this list as more come in too. 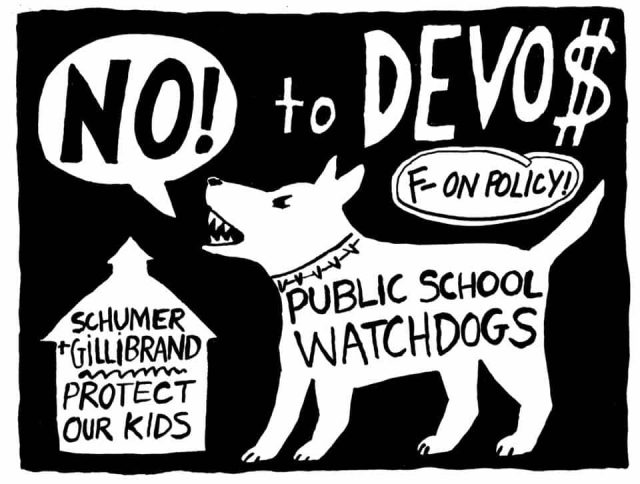 Rally at Schumer’s office to encourage the senior senator to block the appointment of Betsy DeVos as education secretary. Kids are encouraged to bring letters thanking the senators and asking what else they will do to secure quality public education and a safe future for all children. 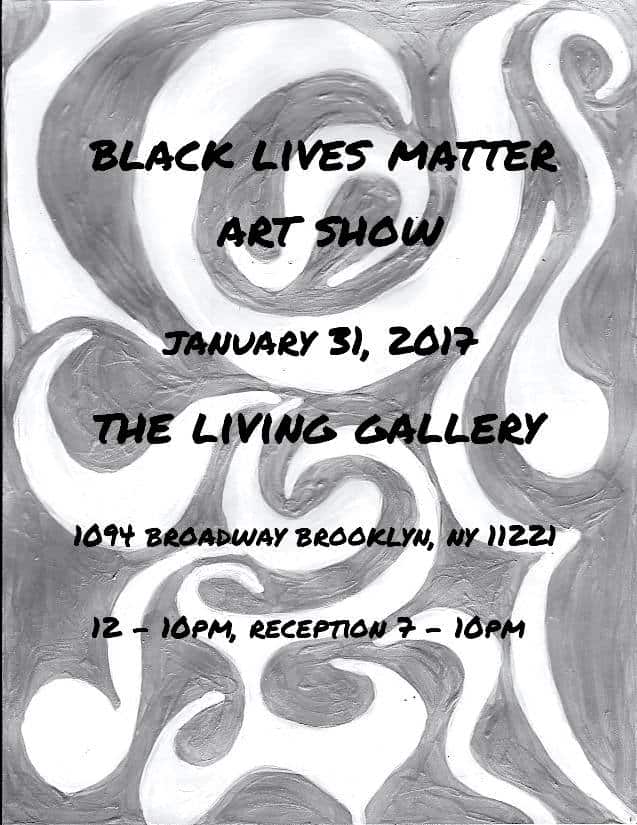 Supporters of Planned Parenthood are meeting to go over concrete steps to take in the next week, including direct suggestions from Planned Parenthood as to how to do the most good. “Let’s stop this regressive bullsh*t with organization and our unstoppable joy (and whisky tbh).”

People keep wondering why Sen. Schumer keeps voting “yes” on Trump’s cabinet nominees, so a group of activists and concerned citizens will be coming together for another rally at Schumer’s Prospect Park West home to demand that Schumer stand firm on the remaining nominees and to rally the Democrats to stand firm.

Marchers will head to Schumer’s home on 9 Prospect Park West and will deliver protein bars and weights to Schumer, so he can regain his strength. Families welcome!

No Ban No Wall! March for Muslims and Allies!
Foley Square, 111 Worth St., Manhattan
5pm-8pm

Protesters will be marching from Foley Square to the ICE Office “to protest Trump’s ban on Muslims, refugees and immigrants, as well as everything that he stands for.” Be ready to march and bring signs. The event is organized by Syria Solidarity New York City and CISPOS-NYC: Committee In Solidarity with the People of Syria are Co-Sponsors.

Dan Lenchner has amassed a collection of more than 500 images of the lives of Nazis. He will present a selection of snapshots that “reveal shockingly relatable human experiences in the lives of people who committed one of the worst atrocities of the 20th century” and the role of propaganda. This event is part of Beyond Patience & Fortitude, a weekly series intended to educate and empower while celebrating the diversity of New York.

100 percent of the bar proceeds will be donated to Planned Parenthood at this dance party featuring DJs Jacuzzi Jefferson (Pool Cosby), David Kiss, AKKI, Sophia MA ( Tribes NY ), Will OB b2b A-A-RON and Alex Rose (all who have donated their services). Come back next Thursday for an event benefiting the ACLU.

Join a discussion around Toni Morrison’s “No Place for Self-Pity, No Room for Fear,” which was first published in The Nation Magazine in 2004 following the presidential re-election of George W. Bush.

Every dollar from this dance party will go toward protecting LGBTQI/ HIV+ migrants currently facing the immigrant crisis or incarcerated in immigration prisons across the country. Featuring tunes by DJ Scribe. 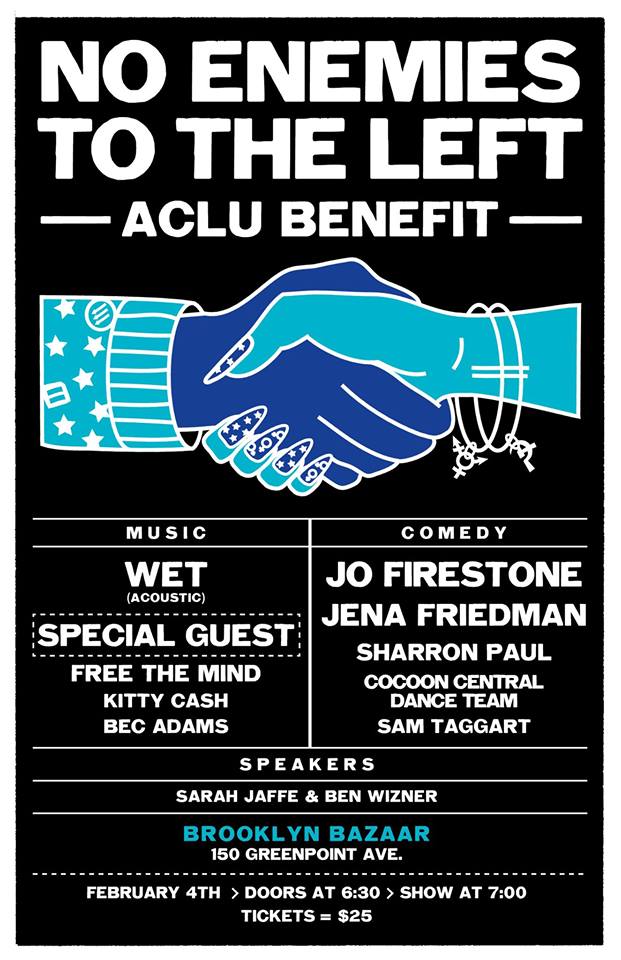 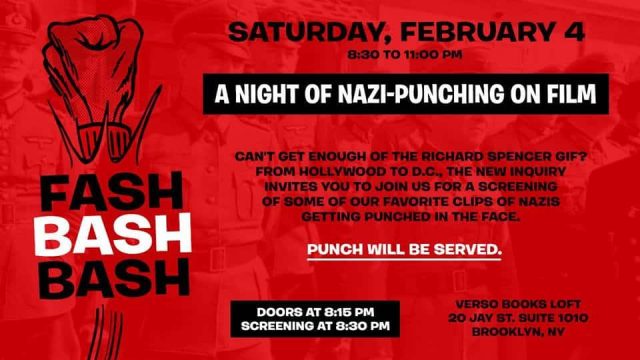 Finally, an event for people who can’t get enough of those videos of alt-right Nazi Richard Spencer getting punched. The New Inquiry invites you to a screening of some of their favorite clips from cinema of Nazis getting punched in the face. Naturally, punch will be served.

Supporters are rallying in front of the famous Stonewall Inn as they stand in solidarity with “every immigrant, asylum seeker, refugee and every person impacted by Donald Trump’s illegal, immoral, unconstitutional and un-American executive orders.” See the full list of supporting organizations here. 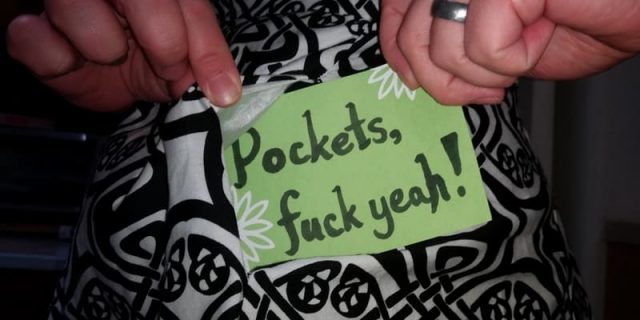 This year is all about leveling the playing field and for some women that means adding pockets to clothes. “Come learn how to make 1 pocket variation in a low-key class+hangout environment.” The session focuses on on in-seam pockets (aka side seam pockets); all materials to make practice pockets, along with some pocket-themed snack, will be provided (bring your own clothes if you want to jump right in). Ability to sew a straight stitch by machine and seam rip are recommended, but not required, skills. 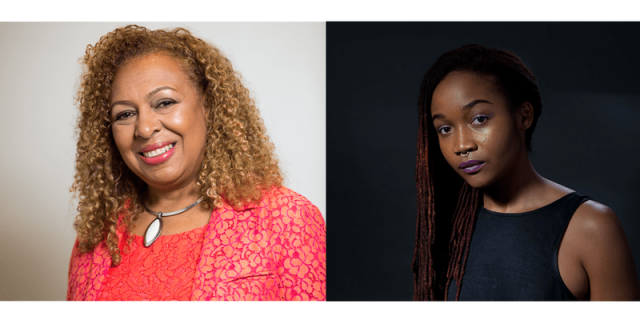 Art historian, curator, and 2016 MacArthur Genius Award-winner Kellie Jones will discuss her career, activism and vision for the future. She’ll be paired with social media maven and blogger Kimberly Drew.

Catch even more protests and events throughout the city on this Take Action NYC calendar.

If we missed any events, let us know! tips[at]Brokelyn.com.