James Comey better hope that there are no "tapes" of our conversations before he starts leaking to the press!

And then Trump suggested he had “tapes” of his private meeting with Comey, because of course he did. And, you know, raids are still happening, Congress is still trying to take away our healthcare, and…yeah. There’s a lot to work on!

This meeting is a bit uptown, but it’s a great chance to learn about socialist organizing for anyone who’s still in college. Speakers include Black Lives Matter organizer Kenneth Shelton Jr., Millennials for Revolution founder Moumita Ahmed, union activist Rosa Squillacote, and Rahel Biru, co-chair of the Democratic Socialists of America.

There’s a lot going on at this New York City Artist Coalition meeting: you can get a cool t-shirt, bedazzzle the Coalition’s float in the Dance Parade New York, and listen to the city’s first report back on the #CreateNYC Cultural Plan, which will hopefully end the city’s racist cabaret law.

Protesters are calling for an independent investigation into the Trump campaign’s possible collusion with the Russian government (or at the very least like, maybe for the president to stop firing people who are investigating him? Just a thought!). Instead of chanting with signs and banners, they’re asking for this to be a somber affair, and they’ll provide signs to anyone who wants them. At 5pm, there will be a rally with speakers TBD. You can sign up for shifts here. 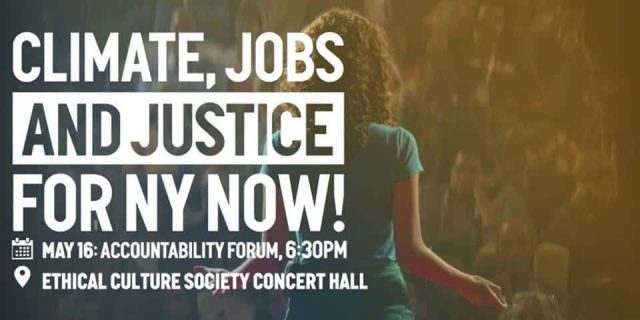 This public forum will highlight the most urgent climate issues facing New Yorkers, as well as policy actions city leaders can take to protect us from climate change and its effects. Mayor de Blasio, Public Advocate Tish James, and Comptroller Scott Stringer are all expected to attend and participate.

BOOKlynites is hosting Sheila Peltz Weinberg – a Jewish mindfulness leader, rabbi and author – and celebrating the release of her book God Loves the Stranger. Weinberg will speak about the intersection of social justice and spirituality, read from her book, and lead a guided meditation before closing out the night with a Q&A. 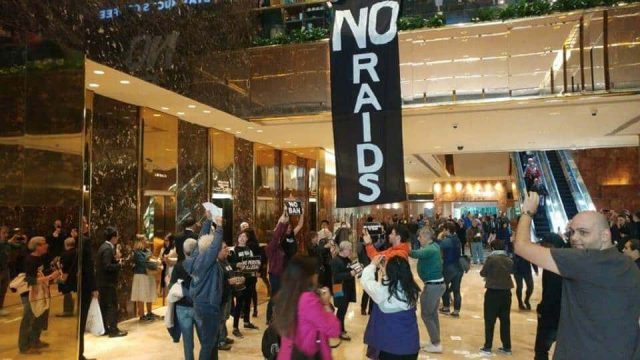 The Brooklyn Young Democrats are electing their treasurer and hosting an educational forum/Q&A session with candidates from the 40th, 41st, 42nd, and 45th City Council districts, as well as several District Attorney candidates at their latest meeting. 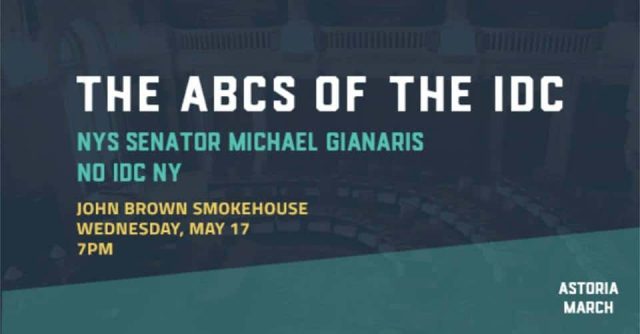 A group of progressive Democrats who also know how to work with Republicans sounds like a dream come true, but the state government’s Independent Democratic Council is…not that. Even if they want you to think they are. On Wednesday, learn about the IDC’s real effects on state politics, with a panel featuring Senator Michael Gisnaris. 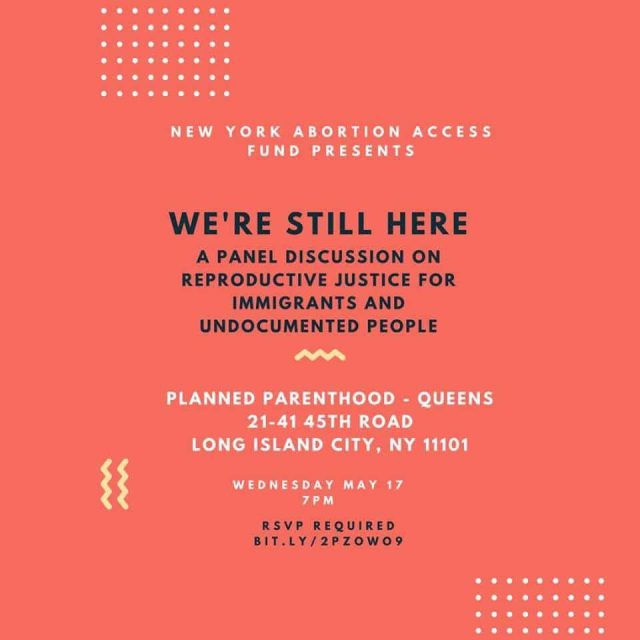 Immigration rights and reproductive rights are at the forefront of national debates right now, but few people are talking about how they intersect. This panel will focus on fighting for the right to self-determination for all bodies, with a specific focus on the intersections between undocumented status and the fight for reproductive health. 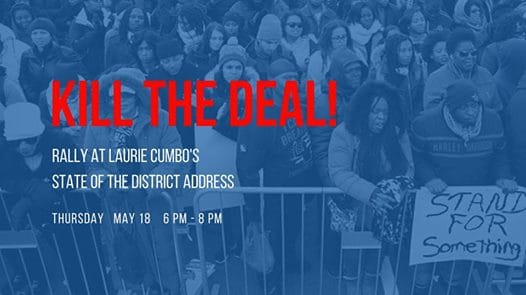 Protesters are rallying outside Laurie Cumbo’s district office to protest the Bedford-Union Armory Housing development in Crown Heights and demand a real affordable housing plan for the neighborhood. 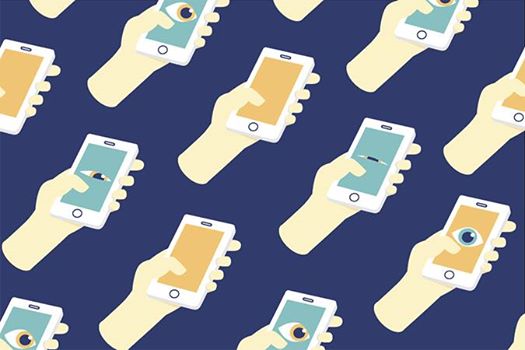 SOHO20 is leading a hands-on workshop to teach artists and activists how to safeguard their digital devices, which is especially pertinent now that an adult baby inherited (what is possibly? I mean, who knows) one of the world’s largest and most sophisticated surveillance states. Cool! The workshop will be led by Caroline Sinders, Wikimedia researcher and Buzzfeed project fellow resident, and Harlo Holmes, director of newsroom digital security at the Freedom of the Press Foundation. 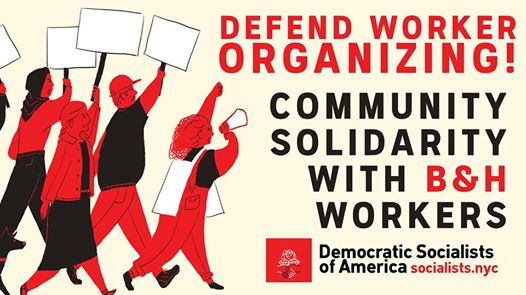 B&H treats their workers like shit, especially their Latino workers, who were allegedly forced to use separate bathrooms, and black and Asian workers, who the company discriminated against in the hiring process. Now that they’re trying to unionize and negotiate a first union contract, B&H’s management is threatening to shut down the Brooklyn warehouse and relocate to New Jersey. Join the DSA, organizers from the Laundry Workers Center, and B&H employees for this protest on Friday afternoon. Wear red!

The theme for this year’s Immigrant Youth Empowerment Conference is “rooted in liberation,” an analysis of the policies that force people out of their home countries and, often, into the United States. Breakfast and lunch will be provided, as well as child care and translation services. Immigrants, especially those who are undocumented, are encouraged to attend, and donations are welcome but not mandatory! 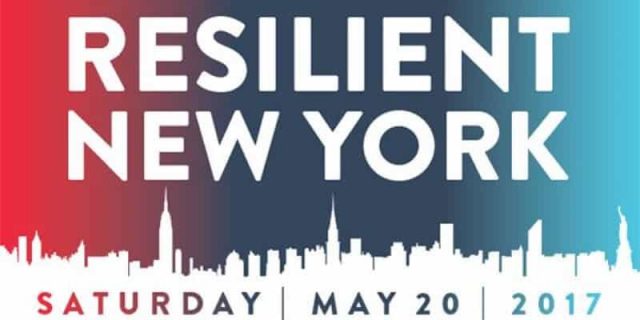 The North Star Fund and community partners are hosting this forum on grassroots organizing. The extensive list of co-sponsors for this event includes African Communities Together, the Audre Lorde Project, Laundry Workers Center, Picture the Homeless, Riders Alliance, and more. Lunch will be provided!

This protest will begin at Bryant Park and 41st Street, continue uptown to Columbus Circle, and end at 64th Street and Central Park West. Volunteers are still needed to hand out flyers and distribute banners, and organizers are looking for someone with a sound system to help their message be heard loud and clear.

Cryptosquad is hosting a discussion on how you can protect your privacy and assert your rights while crossing the border or taking a flight. Border Patrol officers are (sometimes) allowed to look at travelers’ phones at the border, and they (sometimes) enforce this ability, especially on people they deem “threatening” (i.e., the same people who are already getting a lot of shit by the TSA and in airports generally).

A bunch of brand new beauty products (brands like Urban Decay, Kat Von D, Makeup For Ever, Michael Kors, etc…) are on sale, plus brand-new fancy sex toys and a whole bunch of clothes. Some of the proceeds go to Safe Horizon, an organization that provides support for and prevents violence against victims of crime and abuse. 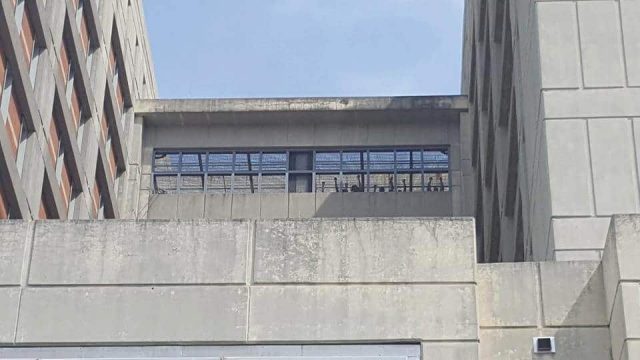 A little over a year ago, more than 100 young people were arrested in a gang sweep that criminalized people for living in an area that had some gang activity. Their families and community allies are rallying outside the Metropolitan Detention Center in Brooklyn, where many of them are still being held, to protest the city’s unjust “gang sweeps” and incarceration more broadly.

Swing Left is hosting a meeting to help New Yorkers flip the House in the 2018 elections, which is going to take a lot more than voting in our own districts. If the popular vote showed us anything, it’s that there are more left-leaning people than there are conservatives in this country – but most of them are concentrated in cities, meaning there are plenty of red districts to flip just outside our immediate area.