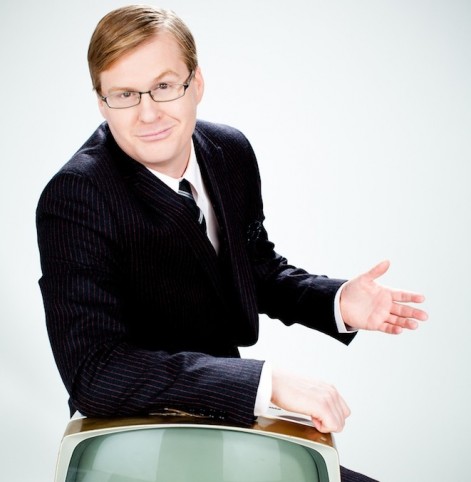 The road to comedy success for Kurt Braunohler was paved with $2 tips, stoned baking (actual baking) and a whole lot of fibbing. Kurt cops to a long history of lying to get jobs; he once inflated his job history to say he worked for Oprah, even getting his uncle to pose as a fake reference from the gig (it worked, by the way).

You may know the South Sloper from  Hot Tub, the weekly show he co-hosted at Littlefield with Kristen Schaal (or maybe from our No Office Holiday Party last year.) Or possibly from his hilarious faux-game show, Bunk on IFC, which has its first season finale tonight. That came after years of working as a “classic awful IT guy” in the city and a stint at a stoner bakery in Park Slope. He took a crappy job to make sure he stayed hungry for comedy, put together his own variety show just to keep active, and pioneered a Park Slope greeting card trolling scheme. Kurt tells Brokelyn how he made a successful comedy career, with bonus tips on how you can do it yourself! 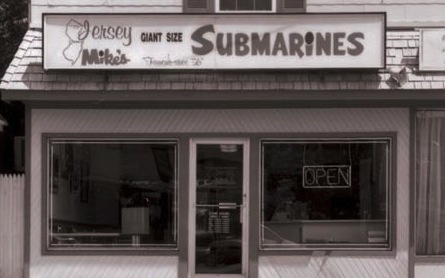 1. Jersey Mike’s Sub, Wall, NJ
“I got fired very shortly after being hired because I fucked up a huge order,” he said. Kurt was 14 years old.

2. Dishwasher, diner on the boardwalk, Avon, NJ
“It’s now fancy. I just went and saw it two days ago. When I worked there it was just a crappy little place on the boardwalk. The guy who trained me was the Mr. Miyagi of training dishwashers. He was this little Filipino guy with specific rules about how to wash dishes, and how to train people to wash dishes.” 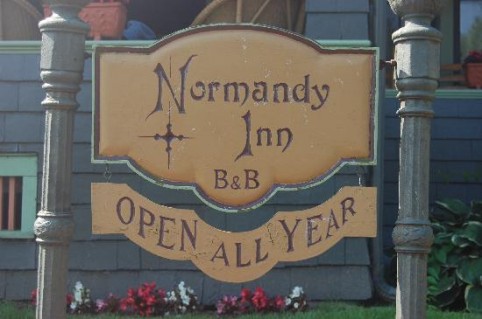 3. Waiter, Normandy Inn, Spring Lake, NJ
Kurt waited tables here until about 18. The bed-and-breakfast had a suggested tip of $2 a table with a limit of $20.
“There was a ceiling for how much you could make — if you worked your ass off you might hit $30.” 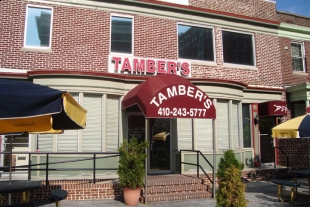 4. Waiter, Tamber’s Nifty Fifties Diner, Baltimore, Md.
“It was a 50s-style diner that served Indian food. Which is classic Baltimore. Baltimore is such a fucked up place of course the diner serves Indian food.”

5. Baker, unknown bakery, Park Slope, Brooklyn
Kurt moved to Brooklyn in 1998 after graduating college.
“I traveled across the country trying to decide where I wanted to live. At the end of the day it was between Brooklyn and San Francisco. John Daly was living in Brooklyn at the time I knew I could stay with him. It was a bakery that made bread primarily, it was all organic and all that shit. My manager sold weed. The whole time we were incredibly stoned. It was the first time I was out of college, like living the real life. The real life was being stoned all the time. And not being able to pay my rent.

ASIDE: Kurt also lied his way into his first apartment in Brooklyn
The $1,000 a month two-bedroom wanted a guarantee of employment. He got a Starbucks sticker, scanned it, wrote out a letter from the manager that said he had just been hired as a manager. “It was like ‘Go fuck yourself, New York. You think you’re so special.’ ”

7. Almost a teacher, New York City.
Kurt soured on his gig at The Farm after seeing Fight Club — and hating it.
“The director was a commercial director. The firm was primarily a commercial director. I don’t want to work in an industry that makes shit like this. I’m quitting my TV job and I’m going to become a teacher. I quit the job that wasn’t hurting the world in any shape or form.” Teaching wasn’t meant to be: he got fingerprinted for a background check only to find out he had to wait six months. Since he had already quit, he needed a job right away.

8. Temp IT guy, Access Staffing, New York City
In the middle of the tech boom, Kurt lied again and said he had HTML skills.

“If you put HTML down as your skills, regardless of if you knew it or not, you just got a job immediately. I don’t know anything about computers. I majored in philosophy. Everyone at that place was so stupid. All I ever had to do was Google whatever they were asking me and following the instructions on Google. Ninety percent of the time it was just unplugged. Then I stopped paying attention.

I was the classic awful IT guy. I hated my job, I didn’t know anything and everybody annoyed me. I didn’t want to work at a job I liked. I had to work at a job I hated so I could focus on comedy.” He held the job until four years ago, when he was laid off.

9. Miscellaneous comedy gigs, New York City
“The reason I continued to work at Access for so long  is they were really flexible with me. Before I even went to Edinburgh or Aspen [comedy festivals], I took a month off each time and they were OK with it. The average amount of work at that job was 10 minutes a day. I wrote a whole pilot for Noggin TV while at my job that we actually shot and made.”

10. Co-host, Hot Tub comedy show, every Monday night, Gowanus, Brooklyn
Hot Tub began seven years ago at the People’s Improv Theater, before moving to Comix, Pianos, UCB and then Littlefield in Gowanus, where it’s been every week for the past two years. The timing of the show was perfect: He wanted to do a variety show, so he asked the artistic director at the PIT about it; the director said Kristen Schaal had been backstage before asking the same exact thing. The two had only talked briefly before that, but that’s where the team was born.

Kristen just had her last appearance at Hot Tub on July 30 — Kurt plans to continue solo hosting Hot Tub for the immediate future. He plans to spend some serious time in LA  later this year (but will still come back ton New York in the summer!), where he and Kristen will start the show up again.

“I think this year I’m gonna go over for an extended piece of time,” he said of LA.

10. Host, Bunk, IFC Fridays, 10:30pm
Kurt had the idea for the non-sensical game show that became Bunk two and a half years ago. He and co-creator Ethan T. Berlin knew each other from the improv world; they made a pilot (originally called Pointless) using their own money and showed it around at the New York Television Festival. It wasn’t until this year that IFC picked the show up and added it to its growing comedy lineup. Guests so far have included Alex Borstein, Tom Lennon and Eugene Mirman playing games such as “Shame That Puppy,” “Lie to a Child,” and “Sing This Grandmother’s Secret.”

It’s a brilliant takedown of orchestrated game show chaos, where Kurt walks around barefoot to undermine his presence as an authority figure on stage. As of press time, we’re still waiting to hear if it’s getting a second season.

Kurt, what’s your advice from aspiring young comedians in Brooklyn?
“The broad advice is just try and do it every night. The narrow advice is start your own show. If I didn’t have Hot Tub, we would not have created what we created with Kurt and Kristen. Just having a weekly space where you have to generate content, just being forced to create something new.

“Also, to not worry about sucking at the beginning. You’ll get better. It can feel really frustrating. Everyone thinks everyone else is an overnight success, and no one is. Everyone who’s making it has worked really hard for a lot of years. I still feel like I’m in the trenches, which is good.”

Follow Kurt @KurtBraunohler and @BunkIFC. Catch the season finale of Bunk on IFC at 10:30 this Friday and find full episodes and clips on the IFC site. Kurt will also be back at Hot Tub next Monday at Littlefield,