Welcome to our new series where we ask friends, entertainers and other interesting folk around Brooklyn to share their work histories so we can learn how they got where they are today. Our first subject is Amy Cuevas  Schroeder, founder of the DIY Business Association, a Brooklyn-based support group for independent entrepreneurs. Amy long had an entrepreneurial spirit without knowing it: at the age of 13, she sought out a special work permit so she could start scooping ice cream at a beach shop in Michigan. In between she founded a well-respected women-focused zine, worked for the Girl Scouts and even learned how a “professional listener” can be mistaken for a prostitute. And she had her wedding in a comic shop too!- Td. 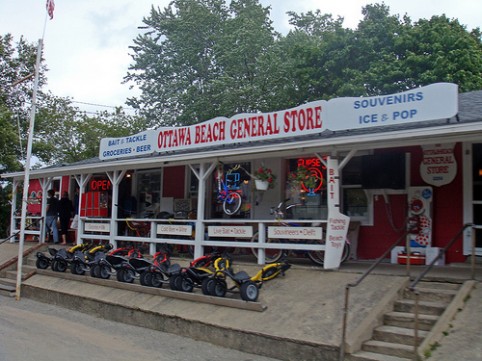 Don’t ask why, but I was so eager to enter the “real job” market (my baby-sitting and hospital candy-striping experiences didn’t count in my mind) that I jumped at the chance to sell junk food to beachgoers at age 13 or 14. Raking in $3.65 an hour, I didn’t mind the doughnut-shift starting time of 4:30 a.m.

Because I was one of the only employees who lasted an entire summer, the owners gave me a $75 bonus, which I thought was an incredible amount of money.

2. Craig’s Cruisers, Holland, Michigan: Pizza girl
Women weren’t allowed to work the go-cart tracks or batting cages at this family-fun park, so my sister and I worked in the kitchen.Don’t call the health department, but when there was an incident of gang-initiation-involving-laxatives-and-explosive-diarrhea-in-the-patron-bathroom, they called me in for cleanup duty.

3. SOMA Magazine, San Francisco, California: Intern-turned-Music Reviews Editor
This is how I got my start in music journalism, as a part-timer in college. The gig led to loads of free CDs, concert tickets and freelance writing spots with Surface, Raygun, Paper and other music publications. 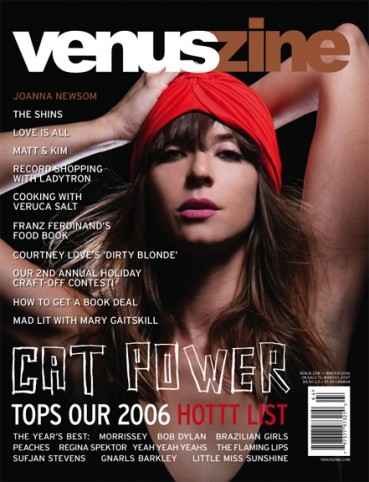 I founded this fanzine-turned-magazine in my Michigan State University dorm room at age 19. The first issue took me one night to produce. I used a Brother word processor, and sold the first few editions for $1 a pop.

After college, I grew the zine into an internationally distributed, full-color magazine and site with folks like Missy Elliott, Zooey Deschanel’s She & Him and M.I.A. on the cover. I sold the publication in 2006 and stepped down from my position as editor-in-chief in 2008 to move to New York.

Venus was my life for 13 years, and it led to all kinds of gigs, ranging from teaching Magazine Journalism for Columbia College Chicago to talking about Sassy Magazine’s influence on NPR to speaking at an anarchist summit in Boise, Idaho, with the Guerrilla Girls and Doug Martsch of Built To Spill.

So, like just about everything else I do, I decided to just jump in and see what would happen. I posted a “Professional Listener for Hire” listing on craigslist.org, and a married man interpreted the listing as a cover for prostitution. Luckily, we never got beyond initial email conversation.

Scarred by the experience, I kept my Professional Listening moonlighting practice to a trusty friends-of-friends circle. 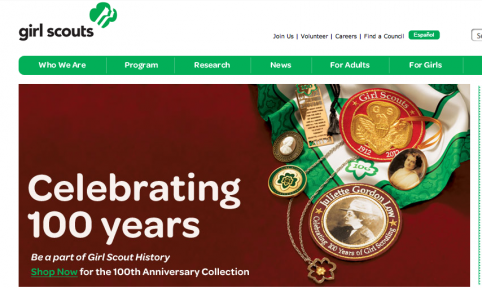 After moving to New York from Chicago in early 2009, I decided to start my life over from scratch. I’d worked in media for so long that I decided to “explore options a bit,” which led to experimenting with substitute teaching in Harlem, Far Rockaway and Brownville for about a month. I woke up at 5:30am every day to call the computer to see where I’d be stationed.

I was peed on. Paper airplanes were thrown at my head. Ultimately, I discovered that I’m not cut out to be a public-school teacher. Enriching as the teaching gig was, I decided next to accept two simultaneous full-time jobs with the online department of one of the world’s largest publishers and America’s favorite organization for girls. The double-day setup was a little crazy, but the more you have to do, the more you get done, right?

In case you’re wondering, I didn’t get free Girl Scout cookies. In fact, we never got a glimpse of them.

After saving a year salary from the two day jobs, I decided to start this company in February 2011 to empower and connect creative solo businesses. You can read about the epiphany that led to this business here.

I kicked off the launch of DIY Business Association by organizing an all-day conference for 200 people featuring folks like ModCloth.com Founder Susan Gregg Koger and DesignSponge Founder Grace Bonney. Before this event, I’d never organized a conference in my life. Now that I think about it, my naiveté has often been bliss.

10. westelm.com (currently), Brooklyn: Freelance copywriter
It’s an exciting time to work for west elm, because they’ve recruited major talent from leading design blogs and magazines like Apartment Therapy and Martha Stewart Living and have magazine-ified themselves. They’re also about to launch another brand that I’ve been writing copy for, and I’m probably not supposed to talk about it.

Want to keep up with Amy? Follower her on LinkedIn or on twitter:  @amyschroeder @diybusiness.