Oh to shop for the music nerd in your life. There’s so much music and music-related stuff out there, and if you choose the wrong thing for your friend, she’ll smile and thank you, but you’ll see the pain in her eyes for having to say that thanks for a boring mainstream thing. Avoid that problem by grabbing any one of these awesome gifts from the people who know music and call themselves your neighbors. You might not be able to thank them personally, but they don’t do this for the glory.

Run the Yules ($50 from Run the Jewels’ merch shop)
Admit it: you’ve never given Run the Jewels any money. You got the albums for free because El-P tweeted download links. You chortled at the Meow the Jewels Kickstarter, but you didn’t actually back the project. You saw them at some free show in Brooklyn, but you didn’t pick up any merch. Now’s your chance to change all that because hip-hop’s fiercest duo has released holiday swag. Forget the ugly Drake sweater. Keep these righteous mother fuckers comfortable so they can keep crushing it for us. 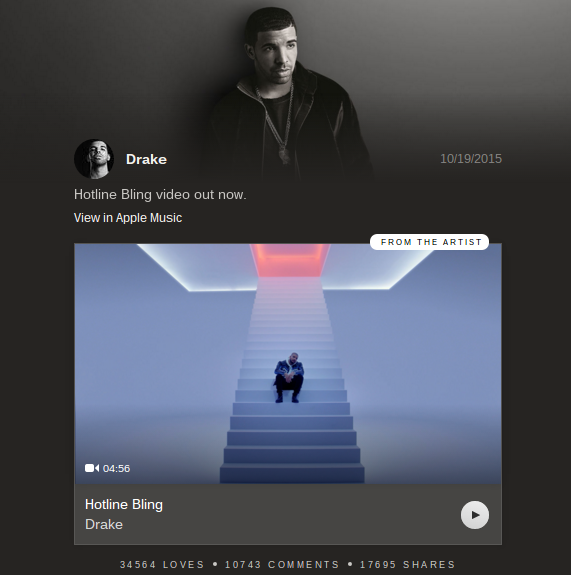 Apple Music ($9.99 per month)
At some point you just have to give in, right? Pandora was novel enough for a minute. Spotify worked until it didn’t. Tidal is a hot mess. Apple Music, as much as I don’t want it to, just makes sense. You’ve already got the iTunes. Now our aesthetic overlords are giving us an excuse to never buy music. And Ezra Koenig’s making a funny show for them. And they released the “Hotline Bling” video. Here’s more of my money, guys. Give it all to Grimes? 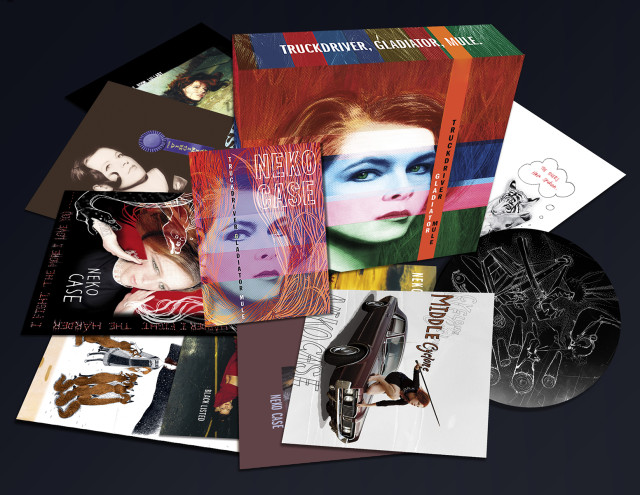 Neko Case: Truckdriver, Gladiator, Mule (or, The Neko Case) ($199.99 from Neko Case)
Neko Case didn’t use her first box set (there’ll surely be another) as an excuse to make an obvious and banal pun, so let me do it for her. The inimitable singer-songwriter-producer-badass evidently had no idea you’re not supposed to release career-spanning box sets when you’re at the top of you’re game, but are you going to tell Neko Case what to do? I didn’t think so. The collection includes all of Neko’s solo material, eight albums in total, on shiny vinyl. It’s a $200 emotional roller coaster you’ll ride for the rest of your days, so save up some pesos. 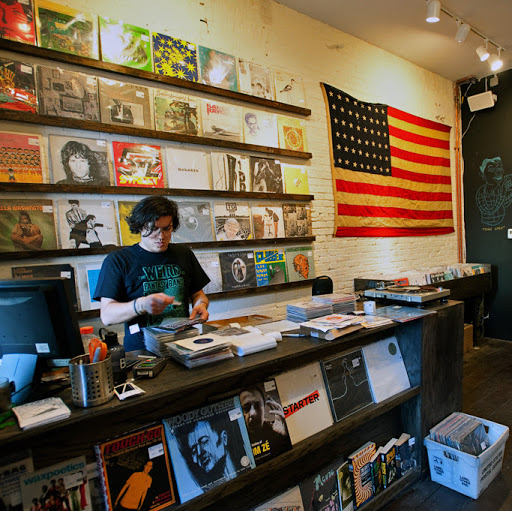 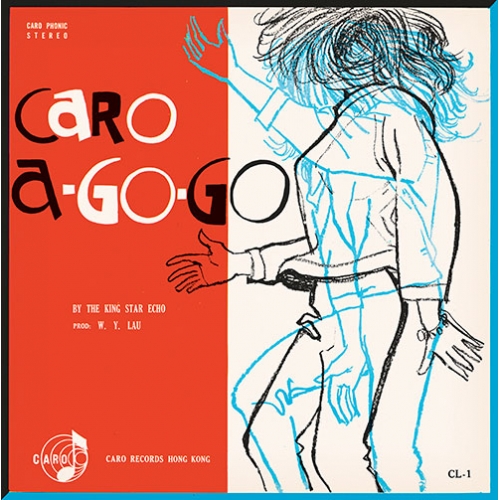 King Star Echo – Caro A-Go-Go ($18 from Go Ape! Records)
No LP has sold more copies at my shop than this rare slab of 1966 Surf Garage from Hong Kong.  A mind-blowing trip through crazy, sloppy reverberating guitars and big beat drumming. Go Ape! Records has done the West a major favor by bringing this obscure beast of the East stateside, so believe them when they say that this is “The best record you’ve never heard!” Highest recomendation! 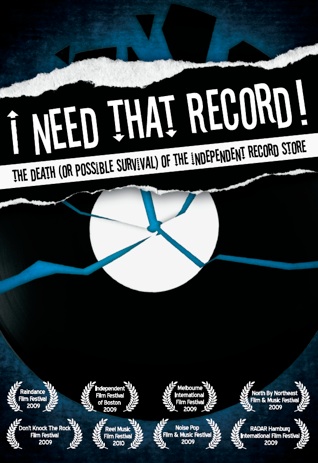 I Need That Record! documentary ($9.99 from Amazon)
Think the behind the scenes truth of record stores would resemble High Fidelity? Think again! Take it from a record shop owner, this is one of the most important AND enjoyable documentaries of the last  decade. In I Need That Record!, Brendan Toller uses a miniscule budget to tell a massive story; one part love letter to the American institution of stores that sell physical media, one part corporate greed expose.  Anyone who’s interested in the facts behind what it takes to run an independent  record shop or the increasing disappearance physical media will be floored by this startling small masterpiece. 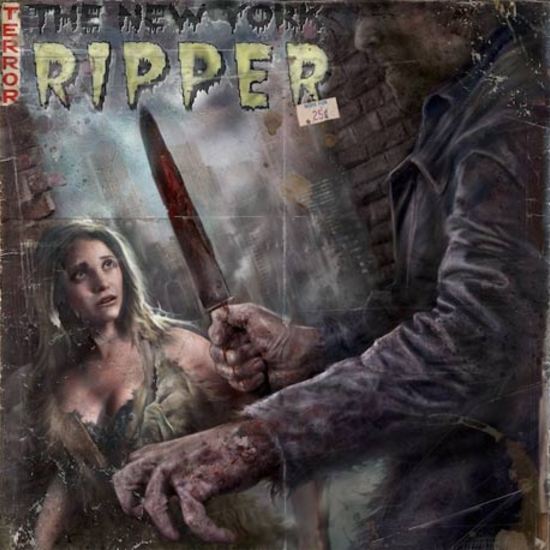 New York Ripper original motion picture soundtrack ($15 from Light in the Attic)
There’s never been a better time to be a fan of horror film soundtracks. Companies like Death Waltz are unearthing jagged gems of wacked out cinematic sounds at a rapid pace nowadays, and Francesco De Masi’s soundtrack to Lucio Fulci’s bloody 1970s proto-slasher/cult classic is one of the best of the bunch. Demented disco, spooky synths, and rhythms that pound like the heart of someone running for their life, the New York Ripper soundtrack LP has it all! 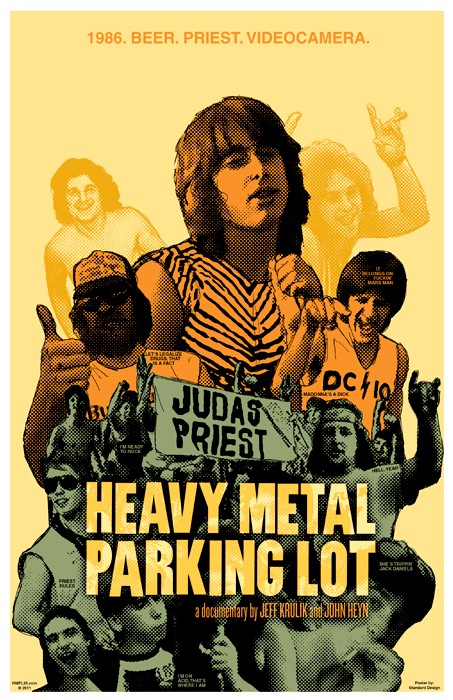 Heavy Metal Parking Lot ($9.99 from Amazon)
A music fan couldn’t possibly have a better time than the time they’ll have while watching Heavy Metal Parking Lot. This is what happens when a small film crew prowls the pre-show parking lot of Judas Priest show, asking probing questions to stoners and metalheads alike; and trust me the answers are funnier than any YouTube clip you’ve ever seen. Originally making the rounds in the ’80s via bootleg VHS tapes, this holy grail of like-Spinal Tap-but-real madness is now lovingly restored and padded out with extras! Essential. 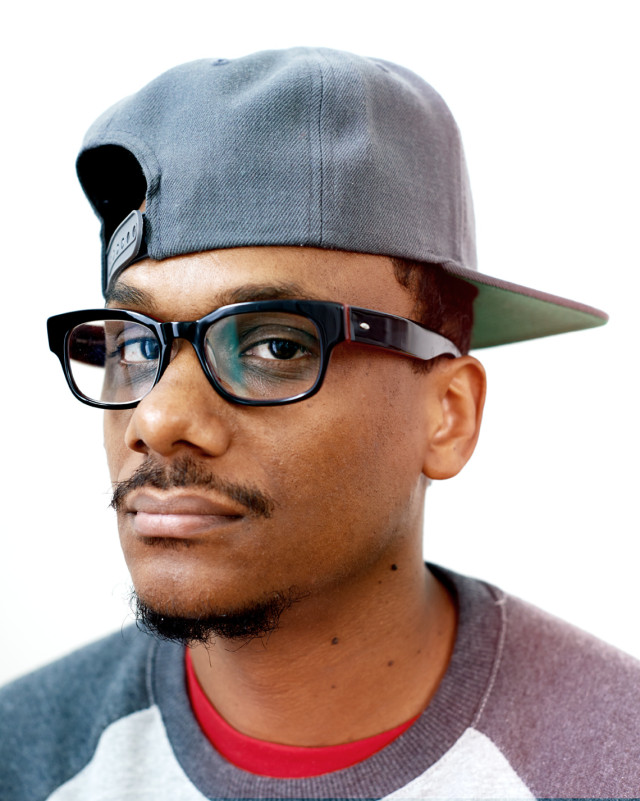 Donwill – One half of Tanya Morgan, DJ about town at Night Train and The Show Show with Jean Grae, host of the Bad With Names podcast 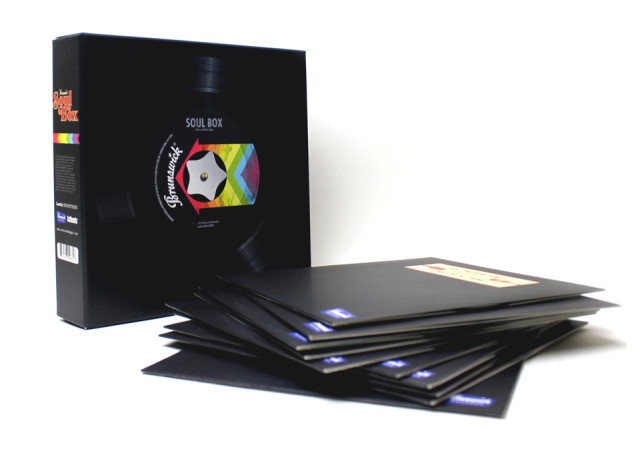 Mr Len & Natasha Diggs Present Brunswick Records Soul Box ($65 from Fatbeats)
If you’re looking to get into collecting 45s but don’t know where to begin NYC DJ luminaries Mr Len and Natasha Diggs have put together the perfect starter kit. Their beautifully packaged “Soul Box” is a carefully curated collection of a few gems from the Brunswick catalog. The box set includes jams by the likes of Vaughan Mason and The Chi-Lites along with several others and even comes with slip-mats. Also, the Soul Box is limited to 1000 pieces which makes it a true collector’s item. 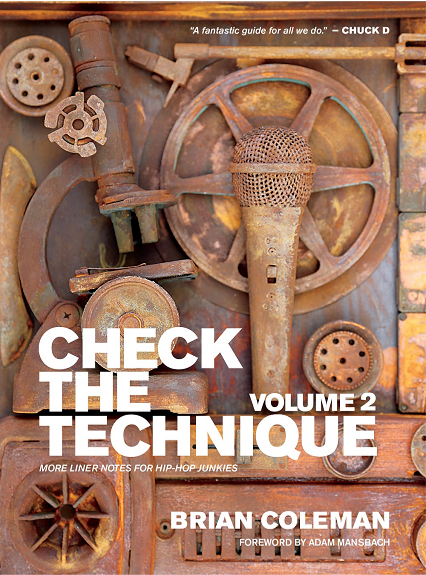 Check The Technique Volume 2 ($28 from your local bookstore)
In today’s digital age, liner notes have truly become a lost art but Brian Coleman keeps the tradition going with Check The Technique Volume 2. The book takes you behind the scenes of 25 seminal rap releases from Company Flow, Ice Cube, Raekwon and Smif-N-Wessun with insight provided by none other than the artists themselves. You don’t even have to be an avid reader to flip around this book and wonder how you read it so fast. 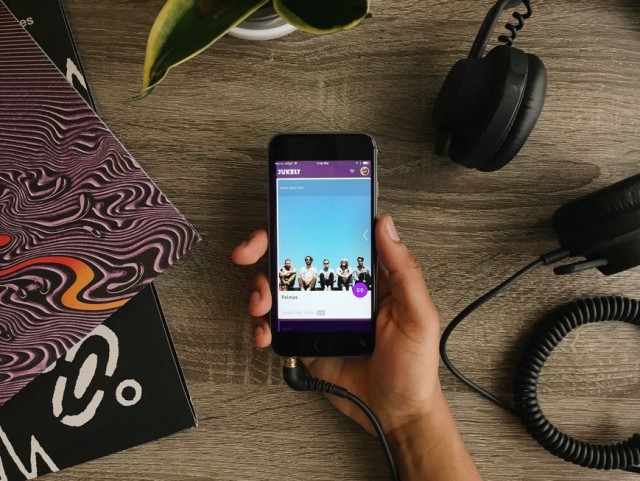 Jukely ($25 per month)
Jukely seems like an interesting concept. Described as the “Netflix of concerts” it’s a subscription-based concert ticketing service that gives you access to a pool of participating venues for a veritable endless supply of concerts. Poking around a bit, I discovered that most of the shows weren’t acts that I’d typically go see, but for $25 a month you can give that musically adventurous friend the opportunity to discover their new favorite band. That sounds like a pretty cool gift to me.