When I spoke to Kristin Welchez, she was multitasking. She asked me to wait a minute as she buzzed a delivery up to her Crown Heights apartment.

“I ordered a bunch of gear from Guitar Center, basically everything that’s going to allow me to play the new record live,” she said. “It’s a bunch of electronic stuff that I don’t totally understand, but it looks fancy.”

Multitasking is not an unusual thing for Welchez, 33: Under moniker Dee Dee, she made her mark as the ringleader of quintessential New York band The Dum Dum Girls. Recently, she’s been busy with a new project, Kristin Kontrol, and her new album X-Communicate, drops today via Sub Pop Records.

The Dum Dum Girls were known for their unique blend of retro-inspired pop covered in a thick layer of punk scuzz. While the new project shares some DNA with that band, she’s moved on from fuzz to embrace a sound inspired by the bubblegum pop stars she grew up listening to in the 80s.

“I discovered punk as a teen, and that opened up a whole new world for me, but the first music I discovered was bubblegum pop,” she said. “I loved Tiffany and Debbie Gibson; since I was a dancer, I also loved dancer-slash-singers like Janet Jackson, Paula Abdul, and, of course, Madonna. I never wrote them off when I found new music, but you grow up and move on to other things. But now, I finally feel like I can allow all the things I like.”

Through her love of ’60s girl groups like the Ronettes, Welchez began writing in a similar vein. The Dum Dum Girls is a group, but Welchez was the brains of the operation.

“On paper, it was a solo project,” she said. “It started as my bedroom recording project, I had the deal with Sub Pop, I wrote all the songs, but it was very much a band. Kristin Kontrol is not too far off from that original message, but it’s more of a solo project.”

The Dum Dum Girls enlisted some pretty serious artists: Welchez (as Dee Dee) worked with Richard Gottehrer, writer of seminal hits like “My Boyfriend’s Back,” to produce 2010’s highly lauded I Will Be EP; Sune Rose Wagner of The Raveonettes was an integral part of the production team throughout The Dum Dum Girls’ existence.

Though Welchez is more, as you could say, in Kontrol with this new project, she says it’s still a collaborative effort.

“I do all the writing still, and I can dominate on things that are more guitar-based, but I wanted this project to be more than that,” she said. “I wanted to bring in new blood to help expand the sound. I was able to bring people in and ask them to work their magic.”

And Welchez was careful in selecting the people she wanted to “work their magic:” she’s worked with the same producers for years, who are both musicians themselves. Kurt Feldman and Andrew Miller were both around for all of The Dum Dum Girls’ five albums, and Miller serves as musical director and plays guitar in Kristin Kontrol. When it came to bringing in the aforementioned “new blood,” Welchez combed through her Brooklyn connections, enlisting the help of Jesse Cohen of Tanlines on drums and Raphael Radna, of Feldman’s band Ice Choir, on synthesizer and bass.

“I feel like I’m in capable hands,” she says of her new backing band.

Though fans of The Dum Dum Girls (who as a band by the way are not officially “broken up”) will recognize Welchez’s sweet vocals and poppy songwriting from the project’s impressive discography, Kristin Kontrol hearkens back to some of her earliest influences: female pop singers of the 1980s and 1990s.

Welchez also cites “ultimate goddess weirdos” Kate Bush and Sinead O’Connor as major influences. She references her love of pop songwriting throughout her career in all its iterations, but says that Kristin Kontrol really brings it out. Welchez says the aforementioned pop singers come through in a big way through the vocals, the danceability, and the lightness of the record: though the subject matter of Kristin Kontrol songs may be on the darker side, sonically, she says, they’re lighter. And, if I may add, they’re catchy as all hell.

I asked Welchez to describe the major difference between Kristin Kontrol and The Dum Dum Girls, and she provided me with the following verbal infographic:

She laughed and said, “I bet you could make that into a really great infographic.”

“I sort of know how to use MS Paint,” I replied, then made this:

Though The Dum Dum Girls are a New York City institution, Welchez, has just recently moved to our fair borough from the far-off land of Spanish Harlem. You can catch Kristin Kontrol on the hometown leg of their tour when they play Baby’s All Right on June 22, but be sure to peep the rest of their tour dates on their website. And, check this: Kristin Kontrol will be opening up for Garbage on several of their shows. That’s pretty cool. And, of course, order the new album today.

Lilly Vanek writes about music for Brokelyn. For more about local music, her inability to create infographics, and the fact that (as of next week) she’s a college graduate, follow Lilly on Twitter. And to pitch Lilly for New Music Friday, email her at lilly [at] brokelyn[dot] com. 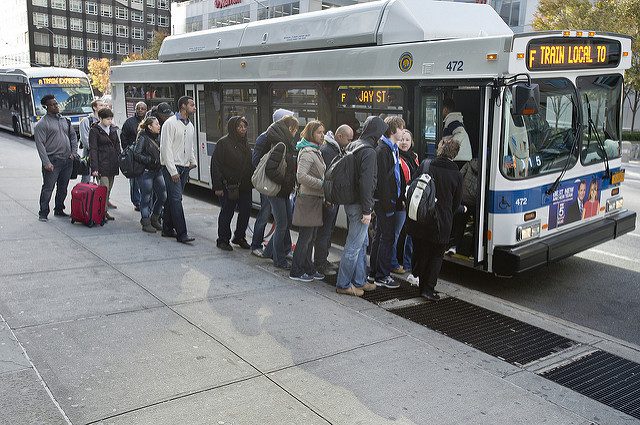 The MTA is coming for fare evaders and bus lane hogs 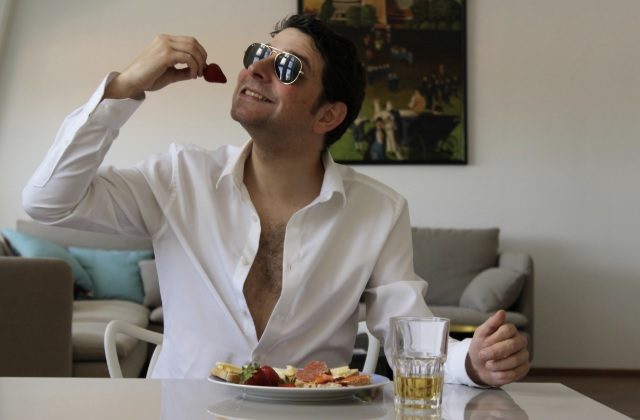