Everybody knows Jimmy McMillan. More meme than man, McMillan rose to notoriety for his public persona as the best-loved leader of the Rent is Too Damn High political party, also running for governor of New York in 2010. But after he retired from politics and, more recently, let us down in an even bigger way by endorsing a certain candidate, we’ve been searching for a comparable voice of the people that could still help us believe in a better, rent-stabilized future.

That’s why we love this doll version of Jimmy McMillan. Besides the difference in scale and cellular activity, this Jimmy is every bit as inspiring as the man we once knew. This Jimmy doesn’t stop the fight at New York City, either. He’s been all over the world in search of rent that isn’t “too damn high,” courtesy of one guy in Queens with a nice camera and a great sense of humor. From April 2011 to June 2012, photographer Nellu Mazilu took this figurine to 73 cities in 30 countries and photographed him at iconic tourist sites and destinations in a series he calls “Little Jimmy Meets World.”

“When rent was getting high back then, Jimmy McMillan was the voice of it,” Mazilu, 39, told Brokelyn. “So I thought it would be cool if Jimmy tries to find really good rent in other countries.”

Mazilu’s idea to make “Little Jimmy meet World” was more inception than epiphany. At the same time that McMillan was running for governor in 2010, Mazilu was contemplating quitting his job. He’d worked the same IT position at Scripps Networks for over a decade; his cubicle (pictured above) was plastered with tchotchkes and mementos from all the projects and shows he’d worked on over the years.

It wasn’t until chef Sunny Anderson, a personality on the Food Network (under the Scripps umbrella), walked by Mazilu’s cubicle and got the idea to offer him one of her own toys: a miniature Jimmy McMillan.

“She thought it would go nicely with my collection,” Mazilu said.

He was also spurred on by his wife Molly’s listless attitude towards the city: after having finished school, she no longer felt tethered to New york. “She said to me, ‘We can be miserable here, or we can be miserable anywhere.'”

Mazilu connected the dots between the effigy of the man with populist principles and the couple’s own desires to carve out a happier life for themselves. So they set out on their year-and-change long vacation, AirBnBing or couchsurfing in each city for anywhere from a few days to two weeks. And Jimmy came with.

Travelling with a tiny action figure in town has its challenges, not the least of which is the suspicion it arouses among security forces in other countries. Mazilu’s Jimmy doll used to have electronics inside, in fact, and would actually recite his catchphrase, but eventually had to be de-wired because of problems he was having with getting it into tourist attractions.

“In India, at the Taj Mahal, they wouldn’t let me in,” he told us. “They said people had planted bombs in dolls like this before. I said, ‘You have to let me in! This guy’s been to more places than you!'”

And oh, the places he’s been: Mazilu photographed McMillan leaning against the Great Wall, floating in the Dead Sea, posing near the Sydney Opera House, and even doing that lame perspective gag tourists love doing at the Taj Mahal. You can see the full series here.

“Some people thought I was making fun of him, but I wanted him to seem like a real person,” he said. “Like it was me, my wife and Jimmy just trying to find a different place to call home.”

To that end, Mazilu avoided posing McMillan near inanimate objects that would reveal the doll’s actual size, opting instead to place him against sprawling landscapes and vistas. Of course, there’s only so much a nice lens can do.

“Underneath, he looks like GI Joe,” Mazilu said of the doll, which Anderson had ordered off of a custom action figure website. “He’s got an eight-pack. It’s definitely not Jimmy McMillan.”

After he decided to do the photography series, Mazilu contacted the doll’s manufacturers to tell them about his plans and ask about publicity opportunities, but they didn’t take the bait. Or get the joke.

Mazilu shied away entirely from pitching the plan to McMillan himself.

Even though it got a rise out of foreign authorities and charmed a few foreigners and tourists, no one really recognized Jimmy McMillan for who he was, at least not by New York standards. Mazilu told us that the only person ever to put the doll’s face to McMillan’s name (and reputation) was a guy from San Fransisco they met in Buenos Aires.

Mazilu wasn’t exactly surprised by the lack of recognition abroad, but he still remembers McMillan as “the most important man of 2010,” and how deeply McMillan’s populist politics resonated with a city in crisis.

“He had one topic, that’s what he stuck to, and most of us just took him for what he was.”

On the day I spoke with Mazilu, Jimmy McMillan was visibly no longer up to his factory standards. Missing one shoe, his clip-on silk white tie askew, leather gloves long gone and some of the grey painted-on hair having rubbed off of his scored head, this version of McMillan was not the figure of a man who once charmed and galvanized the public. Instead, the doll was reduced to a pilgrim state. In some ways, a painful reminder of how life in the public eye took its toll on the real McMillan, causing him to drop out of politics last year. In other ways, a call to arms for the proletariat, a rubber-armed message that we should all be so brave as to seek out cheap rent no matter the geography of the destination.

Then again, it was also just a factory doll missing a shoe.

“This is the first time I’ve taken Jimmy out in a long time,” he said when we met, propping the doll onto our café table so that McMillan’s legs could dangle freely off the edge. “I’ve been thinking more about my next vacation than about him.”

He told us that he shares few of McMillan’s ambitions when it comes to the rent.

“I lived during the New York bubble so it’s bound to happen again. It can’t go up indefinitely. Hopefully we’ll make enough money that we won’t have to leave.”

Mazilu’s pilgrimage around the world was parallel to the Jimmy doll’s journey — and not just because they shared an itinerary. While Molly and Nellu were never explicitly looking to leave New York, “there was the loose idea that if there were a place we found truly irresistible, we might stay there.”

They didn’t find one. An irresistible place, that is. While the rent may seem “too damn high” here, the islands the couple visited, like Sydney, Tokyo and Hong Kong, had a cost of living that was even higher than that of New York. Most other cities were cheaper or comparable, but the conversion rate often muddled the fantasy of moving there.

Mazilu did note, however, that none of the locals in other cities seemed burdened by rent gripes the way that we are here.

“I don’t remember anybody complaining.” 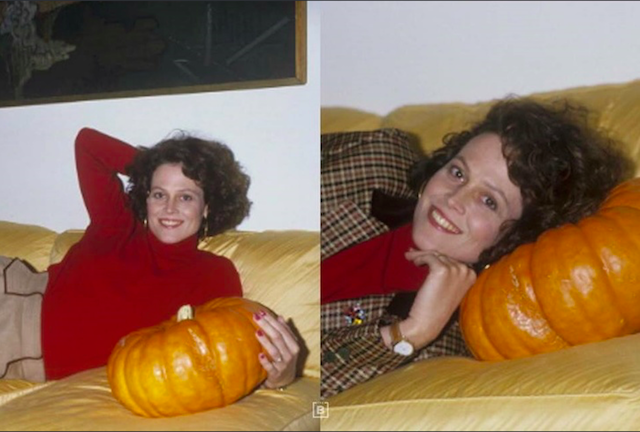 13 reasons why fall rocks in Brooklyn

You know those cheery Christmas loving freaks who cram holiday spirit down your throat as soon as September hits? Screw that. Cue […] 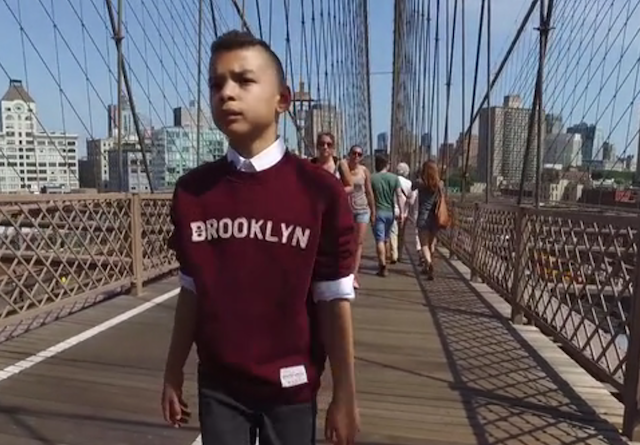 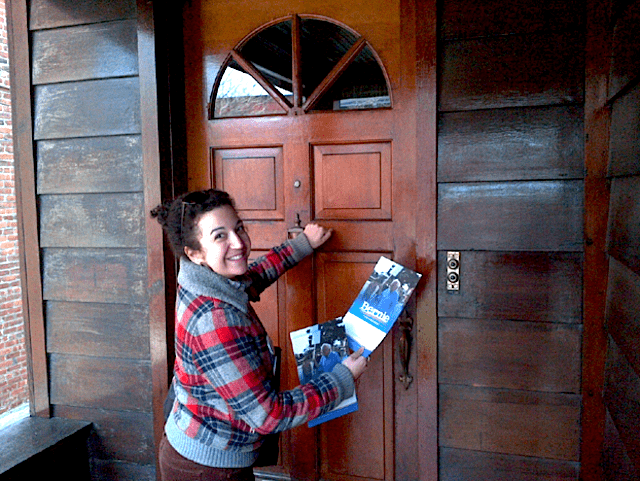 Walk the vote: 7 reasons you should try canvassing if you like politics, fitness or cool first dates

I know for a fact that some of you, despite repeated illustrated reminders, are bummed about having missed the registration deadline to vote in […]