Hear that, Brooklyn? It’s the sounds of tulips blooming, birds chirping, ice cream trucks lurching forth from the rat-infested warehouses where they invariably spend their winters. Summer is coming! Oh wait, hear that other thing though? It’s the sound of your jorts’ zipper grinding to a halt at the halfway point. Because if you’re anything like me, this winter has been spent eating cream-based sauces while swaddled in shapeless garments like some kind of dry-skin-plagued ghost of the Barefoot Contessa.

The weather is nice now, and there’s no excuse for continuing to motionlessly haunt our apartments all day. So it’s time to get in shape again! But picking up a new workout regime can be overwhelming, especially in a city where there’s a new dessert-, beverage-, or fitness-related fad every moon cycle. (Speaking of which, have you heard about moon juice? It’s like a green smoothie, but spookier.) Every class or gym seems to come with its own intimidating group of over-zealous followers, which can be a deterrent in its own right. What’s an independent thinker to do?

Here’s our take on exactly how culty some of NYC’s hottest workouts can be, and whether the workout is worth the kool-aid drinking that comes along with it. Pick your poison, and we’ll see you on the other side of that #beachbody.

Remember when stationary bikes were for walkmen-adorned dorks who didn’t have the coordination for the treadmill? SoulCycle is a testament to the fact that anything deeply uncool can be made covetous with the right… spin. (Sorry.) I have often thought of trying an indoor cycling class, in order to give me the high-energy workout without the city-street grime and death-defying stress of riding my bike outside. But I never got farther than just thinking about it. The reputation of spin studios alone was enough to make me too chicken. My braver friend Nicole recently tried out a SoulCycle class, drawn into the 27th & Broadway location by way of a free pass that was about to expire. She was immediately put off by the passive-aggressive messaging that greets you on entry; SoulCycle wastes no time flying its cult-y colors.

She described it as “a wall of yellow text that uses flowery language to essentially say ‘take a shower, we don’t want to smell you while you’re cycling’ as well as a gentle admonition that the front row of bikes is for WINNERS only, or as they say, ‘people that can keep up the energy in the room.’”

Despite the studio’s beauty bubble attitude, Nicole enjoyed the spinning itself. “I loved the actual workout, and if it were not 34 fucking dollars a class I would probably go back.” Hear, hear. Attempt at your self-esteem and wallet’s own risk.

Like most textbook cult introductions, my relationship with Crossfit began with a friend assuring me it was actually “amazing” and “different” and that if I just showed up, I’d find that its people have a lot of interesting ideas. So I tagged along with her to a free bring-a-friend class. Much to my surprise, I dug it right away. If you enjoy a loud, high-energy workout that involves doing extremely metal things like flipping over a giant tire, Crossfit might be for you. And the cult vibes are stomach-able if you’re into the pumped-up atmosphere. Everyone is pretty relentlessly positive and enthusiastic. It’s an inclusive environment drawing people of all ages and body types, and it fosters mostly-healthy competition. The workouts are different every single day, so there’s always a new challenge to take on every time you show up.

Crossfit comes with a lot of inscrutable lingo: WOD (that’s “Workout of the Day”), PR (“personal record”), and “sick bro, excellent hustle, push through for five more reps *windmill highfive*” (“Good work”). Whether you like it or not, you will be forced to appropriate the slang if you want to hang. The Prospect Heights gym offers free trial classes on Saturdays, so if you’re curious, try it for yourself. You might be surprised to discover that you love doing Ke$ha-soundtracked kettlebell swings alongside juiced-up gym bros and fellow normal wimps alike.

N.B. while Crossfit is a hive-mind, its affiliate gyms are free-thinking, and their websites vary. A quick Google Map search will show you where your nearest gym is.

Yoga To The People is a by-donation yoga studio with locations throughout the city, offering basic Vinyasa and heated flavors of something they call “Power Flow.” My friend Maddie frequents the St. Mark’s classes, and she loves it. It does get crowded, she says, but the teachers are “some of the most down to earth” she’s ever experienced.

“People really believe in what they’re doing there,” she told me. Cute. Anyway, if you find yourself side-eyeing the suburban Lululemon-ification of yoga, this might be for you. The crowd is mostly students and young people, and the movements tend to be mid-level challenging. No one will judge you for your Jockey sweatpants or your stubbly armpits, and you’ll get a nice karma-boosting workout. Every class consists has a pretty similar standardized sequence so you know what to expect from the workout, which is great for those who view exercise as practice rather than performance. And as an added West Coast-style cultish perk—you don’t even have to register! Just show up 15 minutes early and be your best self (sandwiched between scores of sweating Brooklynites being their best selves, too).

New York Road Runners Association
Cult factor: Your grandma’s insistence that you go with her to church every now and then
Cost: $40 annual membership, race & group training fees vary

Here’s the nice thing about running: it’s free and completely adaptable to your own schedule. If you want the Lycra and the water-bottle belts and other dork gear, of course it’ll cost you, but it’s nice to remember that all you really need to get started is to put on some sneakers and step outside. Hey, Bobbi Gibb was wearing a one-piece swimsuit and Bermuda shorts when she became the first woman to ever complete the Boston Marathon. The NYRR is a supportive community with a nice little non-confrontational Facebook group. It does tend to be mostly soft spoken, Park Slope Urban Professional types who are almost suspiciously nice, but it’s truly one of the least cult-y workout scenes I’ve experienced.

You can find a group to run with, take classes, or sign up for some races. Meeting up with these folks is like hanging with a bunch of Quakers. You keep waiting for things to get religious and anxiety-inducing, but it never happens. There’s no ‘tude or manufactured sense of competition; like your high school history club, they’re just happy when literally anybody shows up and acts interested.

Alternative to all of the above, don’t pick a cult at all. Just keep this post in your browser tabs and open it occasionally throughout the summer, vaguely imagining all the exercise you’ll do after you finish the second season of The Handmaid’s Tale.

Join the cult of Keefe at: @JessKeefe 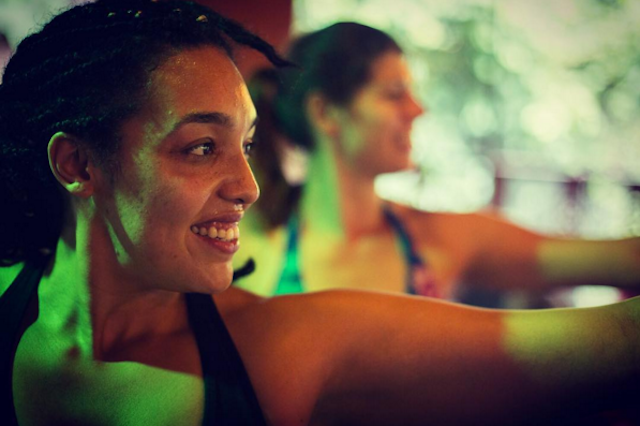 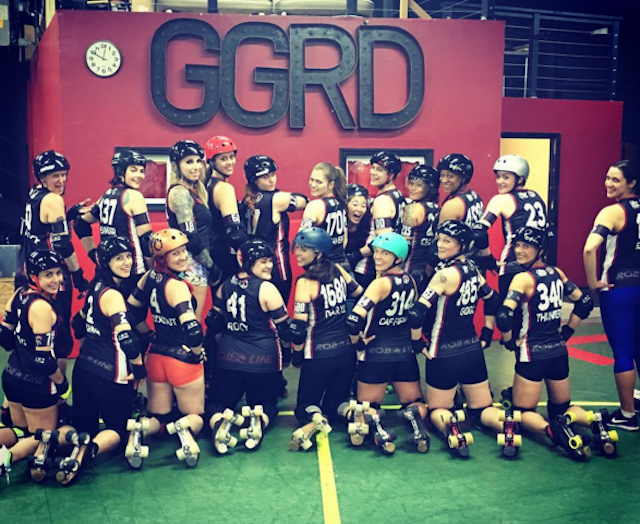 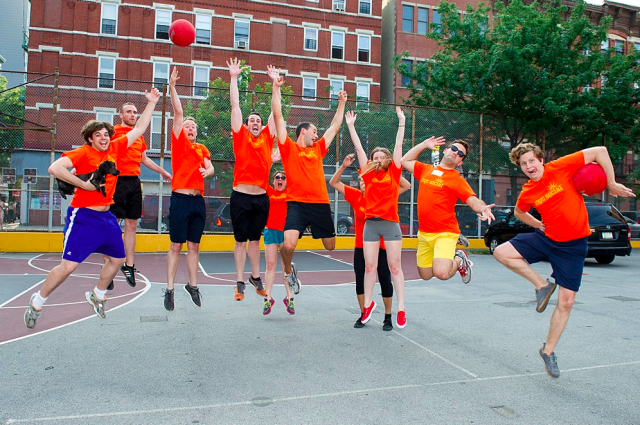 Why joining this kickball league is better than a dating app

That dating in New York is hard comes as no surprise to anyone. From myths of the “Friend Zone” with longtime acquaintances to the just plain […]