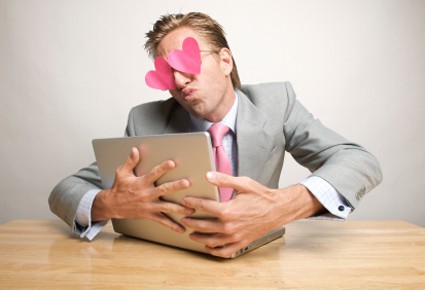 We’ve all been there: waiting patiently for your Tinder date to arrive as the anticipation swells. You’re mad at yourself. You said repeatedly in the mirror, “I will not use Tinder again. I will not swipe right on a sapiosexual ever again no matter how cute they are in their profile pic!” But here you are, waiting for a sapiosexual. What’s a casual dater to do? Drink. What’s a savvy casual dater to do? Drink wisely.

As much as we want to say we will never succumb to the temptations of Tinder (again), allow yourself to go into the date wisely with the best drink to pair with your Tinder trope, because let’s get real, you’re going to have to drink to get through these dates.

He is triumphant. He is good with pole. He is: the dude holding a fish in his profile pic. Maybe it’s social Darwinism at its finest; this picture being a subtle clue that when the zombies come, he can provide for you. But until then, let’s like, Netflix and Chill? His biggest secret? He was Quint in Jaws for Halloween once… and no one recognized him. Hand him a Narraganset and watch him swoon. That can of nostalgia will do all the dating duties for you.

Not All Those Who Wander Are Lost (Whiskey Ginger)

They seem to have a never ending-cash flow when it comes to extravagant trips across Asia to “find themselves.” Spoiler alert: They’re still looking. Go buy two whiskey gingers and get ready to do a lot of strained listening as they explain to you why no, you really haven’t lived until you see the sun rise in at least three different continents. You’ll want a drink that goes down smoothly while making your date feel worldly. Not that whiskey gingers are worldly, but they think they are, and that’s all you need. 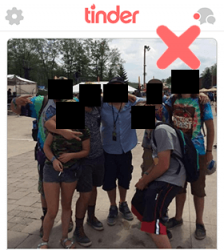 This is the most elusive of the Tinder creatures. Who are you? We just want to know. Well no, we want to know why you only post pictures of yourself in groups. Are you even in those pictures? What is going on? Are you Sean Spicer? Do you just want to feel the intimacy of an articulate conversation without that being ruined by the fact that you are Sean FUCKING Spicer? Reveal yourself! Oh, you’re not? My bad. Weird rant. It’s been a long two months, yah know? #notmypresident Look, whatever you want. It’s on me. Seeing as I just called you Sean fucking Spicer.

Hey! I Work Out (Michelob Ultra/ or Vodka Soda) 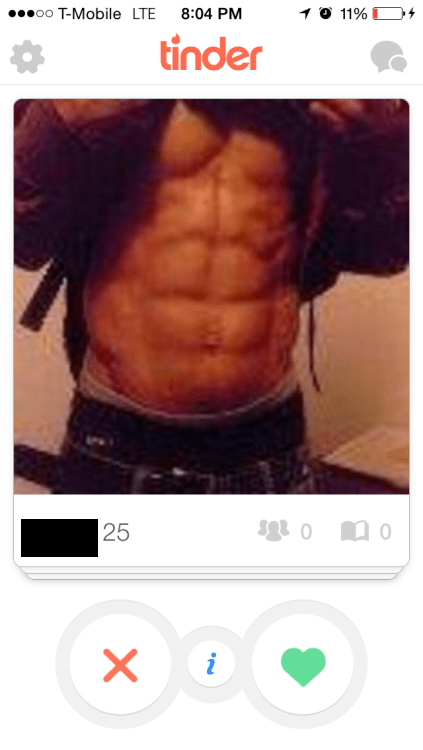 They hike! They swim! Acro-yoga? You betcha! You could grate parmesan cheese off any part of their body. But don’t worry, they’re down to earth, unless you try to get them to eat a carb. Then they’ll stab you with any part of their body. And yes, there will be blood. Depending on whatever “lifestyle” trend they are participating in. It’s fair to assume that a vodka soda will sufficiently wet their whistle. Or if they are more into beer, Michelob Ultra. Just be warned, every bartender in the borough will laugh directly in your face for trying to order a Michelob Ultra. 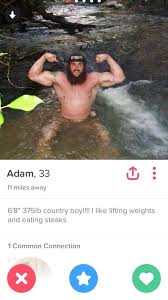 Yes, that’s Braun Strowman. Famous WWE wrestler. 6 foot 8 and 385 pounds, and a ball of fun. He’s a country boy who loves to eat steak. FYI he goes by his real name, Adam, on Tinder. Grab some Wild Turkey and get ready for a night to remember (or black out, no judgement). He won’t be in town for long but the memories and bond you created together will last forever.

You ever see four letters in a Tinder bio and you’re like, wait, what now? That’s their Myer- Briggs score. These four letters will tell you all you need to know about your date without having to ask them a single question. Brilliant. Are you dating an ISTP? What about ESFJ? How about an ACDC? Alright, you caught me, the last one only exists in the 80s. You’re probably thinking, oh man, this one is a doozy. Gotta pick a drink based on their personality. Nope. Margs. Not to generalize, but who doesn’t love a margarita?! Especially with so many flavors to choose from! 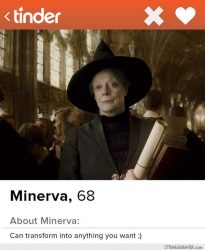 No need to go any further, you just found your soulmate. Unless they say Hufflepuff. Jeez, Hufflepuffs are sooooo boring. At least Slytherins have some edge to them. Invite them over, turn on the Freeform Harry Potter Marathon (or bust out the DVD collection) and wow them with your culinary creation that is butter beer. Yes, you don’t have to go to Disneyland for legit butter beer. Let the butterscotch aftertaste and the crazy hormonal tensions between Harry and Ginny whisk you two away to the fantasy land of Hogwarts and whatever is going on in your pants.

That “Entrepreneur” (Whatever you want and make them pay.)

This trope is usually male-specific. Women seem to understand that boldly shouting “Hey! I’ve been creating a new app for the past three years!” normally translates to “I’m in a quarter-life crisis with no real end in sight.” But he will do anything to skirt that idea. He’s in it to win it. His main aim is to please and impress, no matter how many credit cards he’s going to max out. So what does that mean for you!? You ain’t paying for shit. So start pointing to that top shelf, it’s gunna be a fun night. 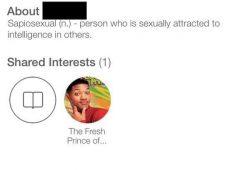 Ah, yes, the person who finds the need to state that yes, they find intelligence sexually alluring. As if it is such a bold statement. But hey, here you are, they’ve won you over with their wit and love of knowledge incarnate. Think Frasier on Cheers, that bad boy always favored a light lager. And if they really find intellect sexy they will explode when you come back with two PBRs. When it comes to alcohol in the millennial world: the smartest choice is the cheapest choice.