Brooklyn (the movie, based on the novel of the same name by Colm Toibin) is a stunning portrait of Brooklyn in the early 1950s and a romance that blossoms between a young Irish immigrant and her Italian suitor. The beauty of their budding relationship against the backdrop of the city is a coming of age tale for its characters and Brooklyn alike, struggling to find their way and navigate the modern world while maintaining tradition.

Although our protagonist, Eilis, certainly has her own romantic struggles and heart-wrenching decisions to make, dating in 1950s Brooklyn looks a hell of a lot better than dating in 2015. Dating in any decade has its downsides of course, but when I look at my personal experience in the 2000s and 2010s, compared to dating in the Brooklyn of the 1950s, I’m clearly dating in Brooklyn in the wrong era. I was supposed to be here cavorting among the men of a simpler time, but someone messed up and plopped me in this atrocity known as the 21st century, amidst ghosters and Tinder. Just look at all the ways that dating in 1950’s Brooklyn was way better than dating in 2015 Brooklyn (extremely mild spoilers follow):

This is not to suggest that Brooklyn is now void of gentlemen, or that creeps and date rapists didn’t exist a century ago. However, men had to grow up more quickly to help support their families, so it was less likely a young lady would find herself dating a 30 year-old frat boy, a 35 year-old with Peter Pan Syndrome, or 40 year-old who’s afraid to commit.

Tony, Eilis’s Italian boyfriend, comes from a large family and works as a plumber to help support his parents and three brothers. His obligations to family and his need to earn a living form the scruples that teach him maturity and respect. Every night after finishing work, he waits for Eilis outside Brooklyn College for her classes to end and to see her safely home. He’s loving and straightforward, yet patient with Eilis and dutifully respects her boundaries. 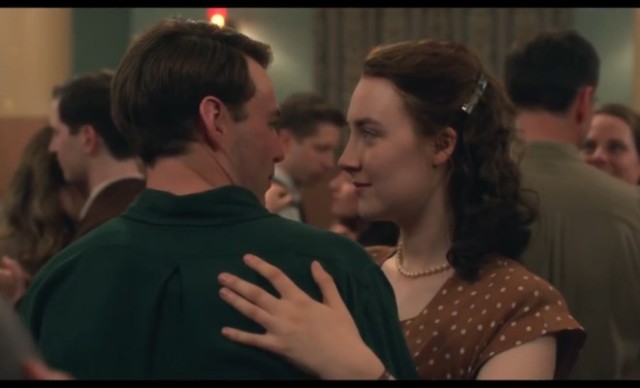 You met at a proper dance (not a bar)

Eilis meets one of her male suitors at a dance, the kind where a band plays and men ask the women if they “may have this dance?” Sure, Brooklyn has dances, but Party Like It’s 1999 is not where men go to find a serious relationship, or anything at all beyond the casual hookup. A dance is such a normal way to meet someone, but I doubt any couple has met this way since graduating from high school.

Telephones. These used to be things that hung on the wall and had a dial. My house had a rotary telephone until I was 12, so maybe I’m a bit partial, but this is my preferred method of communication when it comes to dating. Talking is super important in a relationship, and with the advent of cell phones and texting, verbal communication is becoming a rare thing.

To ask someone out in the ’50s, you either had to do it in person (gasp!) or on the phone. Of course, one benefit of cell phones is that you no longer have to sit by the phone for days waiting for him to call, but that only changes your location while awaiting that call, not the all-encompassing anxiety that accompanies it. That shit is timeless. I wish I lived in an era without texting; it would definitely eliminate the moments of “Oh god, he didn’t like my joke. Maybe he didn’t understand my joke. Could my joke have been perceived sexually? If so, is that good or bad? Maybe he doesn’t like jokes. Maybe he loves jokes but he doesn’t like my joke. I’ll send a smiley so he knows it was a joke.” In person or talking on the phone, he either laughs or he doesn’t, and that’s that. 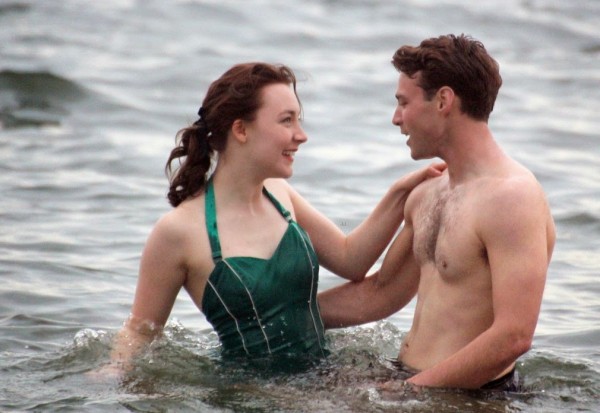 You probably wouldn’t go on a date to the beach until you’re comfortable with your date seeing your body. Even so, a definite benefit to the 1950s was the bathing suits. They covered a lot more, and they were still cute! Check out Eilis’s bathing suit; it’s adorable and sexy! Sure, it’s a one-piece, but Eilis’s Irish friends are absolutely scandalized when they see her new American-style suit that hugs her skin. There’s a beach date scene in Brooklyn that is so stinking charming, it makes me want to go on a date to 1952 Coney Island right now. Dudes with time machines: Call me.

Hey, I like video games; they’re not all bad. But I’ve also been the third wheel in a guy’s relationship with his PS2 controller. Put down the toy and pay attention to your girlfriend! She just wants to ask you if she looks nice (the answer is “yes”) and then you can go back to killing zombies, or whatever. Guys in the ’50s had annoying habits too, but according to Brooklyn, their faults primarily revolved around talking about their mother or the Dodgers too damn much. I love baseball and I love my mom, so I’d be cool with that.

No dating apps or websites

Admittedly, dating sites have to be given their due for providing men and women alike with an outlet for loneliness. It’s probably true that singles in the 1950s experienced longer bouts of loneliness because there wasn’t a quick fix right at their fingertips. Eilis lives in a women’s boarding house with four other young ladies and is the only one with a boyfriend. The rest attend the same dances and social gatherings, but have no luck with men and often bemoan their singledom. However, as someone who has foolishly given nine (nine!) different dating sites/apps a try (and that’s not even all of them), take it from me: they are horrible.

Apparently they work for some people (Hey, good job! You did it!), but I have only succeeded in receiving messages from the likes of The Occasional Nudist and Guy Who Wants To Pee On Me. Then there are the assholes who “swipe left” or “like” to show they are interested, but with the sole intention of upping their own rating by scoring the most matches. And let’s not forget the guy who seems really great and emails/messages for a week and then completely disappears once you approach the subject of actually meeting in person.

None of this existed in the 50s, so instead of failing on a dozen different types of social media, you only had the option to fail at dating in person. Some might think this is worse, but I’m a pretty straight-forward, get-to-the-point kind of person. I’ve decided to ditch the online dating and only get rejected to my face from now on! 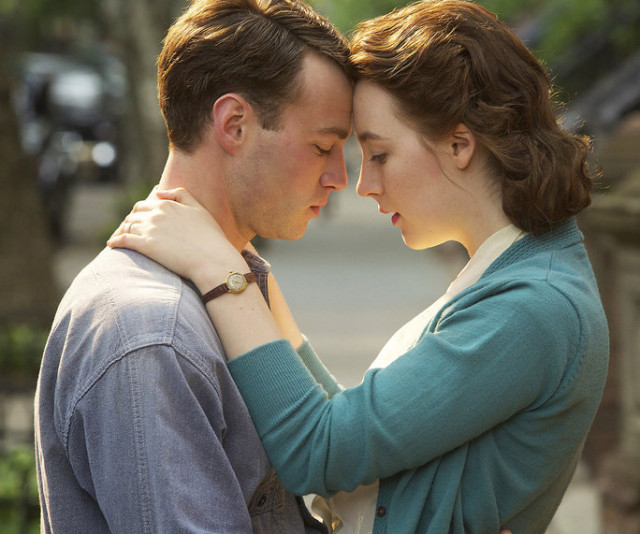 I could be wrong here, but I think dating expectations were a little different in the ’50s. Every decade has their cads and womanizers, but it was more common for men of the ’50s to date with the intention of marriage. In Brooklyn, Tony is the one who accidentally drops the idea of kids too soon, who says “I love you” first and maybe too soon, the one who pushes for marriage. Sure, not all women are looking for what I am looking for, but I’m ready to find my life partner. In the full gamut of my dating experience (I have dated men aged 17-40 over the course of the last 15 years), I have yet to find a man who wants that. Both of Eilis’s suitors in the movie have solid careers, plans for building or maintaining homes, and the future they want to build with Eilis. The 21st Century needs more men who embrace the future, not who run away from it because it’s so scary.

…and once 1950s me had found her man and we got married (or didn’t; I don’t know how progressive I would have been 60 years ago), we would buy a Brooklyn brownstone for $10,000, live it up through the years, and look upon all those poor souls struggling to pay rent as gentrification ripped through the borough 50 years later.

Dating is arguably the most soul-crushing experience known to humankind and it’s not easy now, just as I’m sure it wasn’t easy then. Everything seems easier in the movies, with actors portraying scripted characters that have been rehearsed and fine-tuned until there is no room for error and the screenplay has gone through 17 drafts. I’m convinced I’m currently living inside the worst romantic comedy ever written (too much comedy, not enough romance).

If you’re currently dating someone, might I suggest taking them to see Brooklyn? It’s a fantastic date movie. If you’re single, take yourself or grab a friend and see it anyway. It’s really, really fucking good, and will remind you why you love this borough so damn much.