You might remember back in September when we told you about Flotsam, Eugene Mirman and Jon Benjamin’s take on the precious, artisanal celebrity goods store. It sounded funny,but we couldn’t quite bring ourselves to drop the money on a “mystery sack” of unknown hand-selected crap. Seeing as how it’s Christmas, we decided to give in and order a small mystery sack though, thinking maybe there could be some good stocking stuffers. In a pleasant surprise, the Flotsam mystery sack comes with a variety of surprisingly useful items. Oh, and a bag of Brooklyn Leaves. 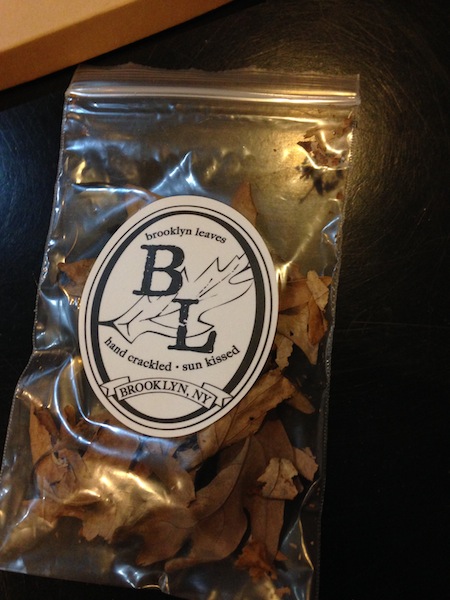 So, we’ll just leave the most ridiculous item up there first, which is as we said, a bag of Brooklyn Leaves. Considering we live in a world where someone was selling rocks in glass cases that said “Piece of Brooklyn,” they seem like a thing people would actually buy. The letter that came with the mystery sack describes them as “Hand Foraged Flotsam Leaves” that are gathered from “the borough’s most deciduous trees” by the Flotsam team that “forages the parks at daybreak when the leaves are at their dewiest.” 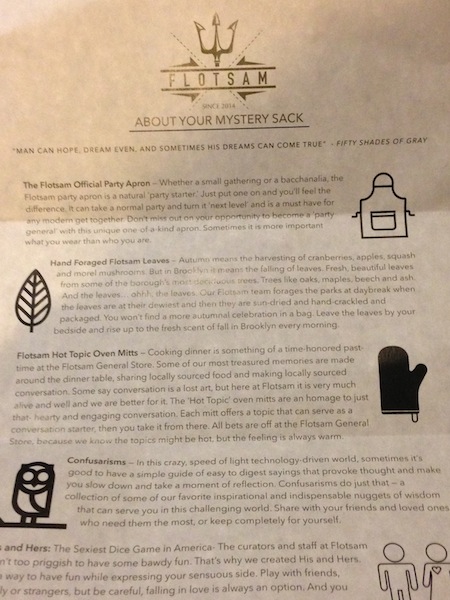 Speaking of the letter, here it is. The letter opens with a quote (“Man can hope, dream even, and sometimes his dreams can come true”) that allegedly comes from Fifty Shades of Gray before going on to describe the items you just bought on blind faith in ridiculous and overwrought prose. We can’t help but read it in the voice of Eugene Mirman making fun of us. You get the Brooklyn Leaves, a series of faux-inspirational postcards called Confusarisms, His and Hers sex dice with odd and uncomfortable sex acts on them, Flotsam Hot Topic Oven Mitts, a Flotsam Official Party Apron and Hot Topic Oven Mitts. 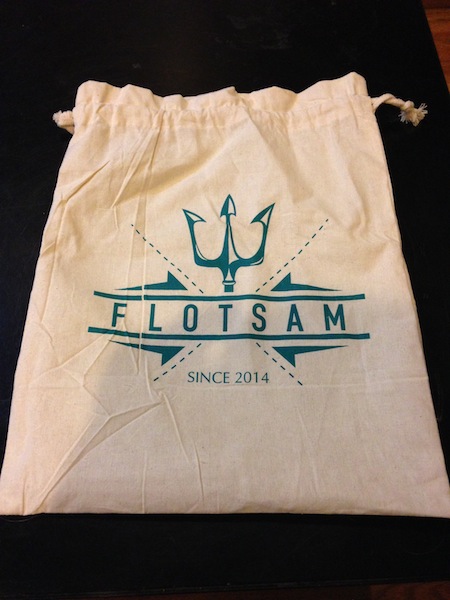 Here’s the sack everything comes in. We got the small size, and it could be pretty useful as a tote bag, which you can never get enough of. Especially around Brooklyn. 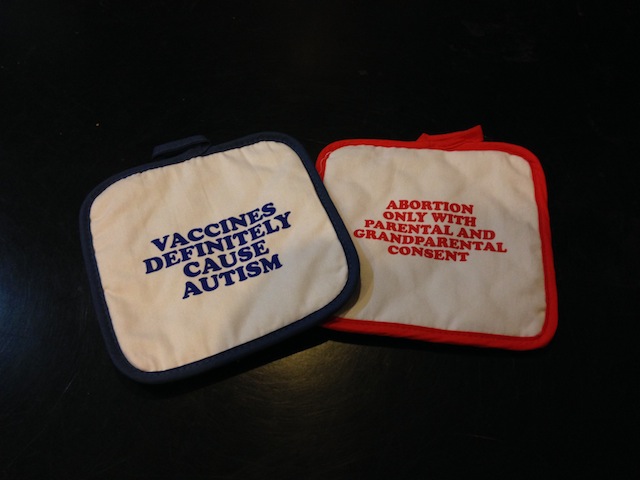 Since according to the letter, “cooking is something of a time-honored tradition at the Flotsam General Store” where the staff shares “locally sourced food” and makes “locally sourced conversation, they thought they’d help people with both by sending oven mitts with hot topics to talk about during dinner. Not that the two oven mitts we got were that controversial, since it’s so obvious that vaccines cause autism and that there should be arbitrary and difficult to meet requirements for getting abortion. 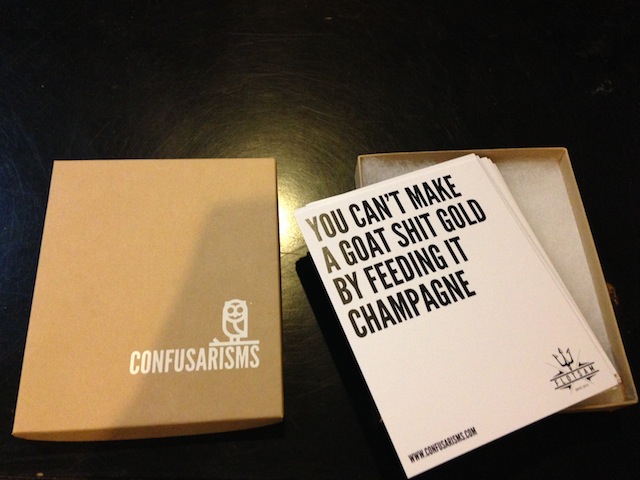 At a crossroads in your life? Frustrated by things and looking for some guidance? Want to start tweeting things that people will think are from another Horse_ebooks? The Confusarisms are perfect for that, with faux-Zen sayings like “You can’t make a garden greener with a ghost’s hoe” and “True love is like a box of raisins, inexpensive and often not really what you want.” Flotsam staff encourage you to “Share with your friends and loved ones who need them most, or keep completely to yourself.” 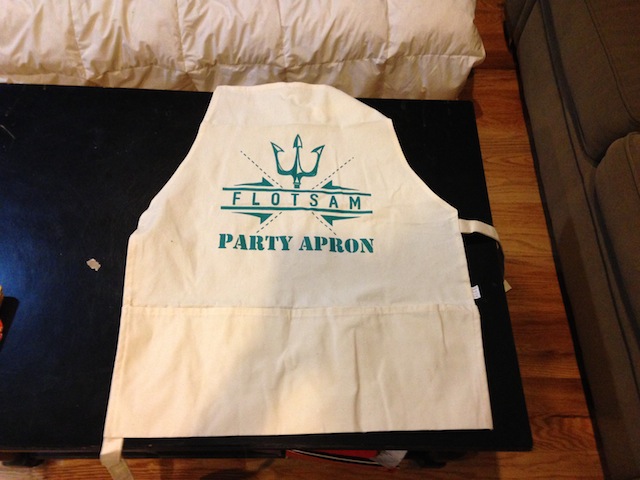 Honestly, they can make all the jokes they want about how this “party apron” will kick the party up to the next level and how “sometimes it is more important what you wear than who you are,” but this is a pretty nice apron. So nice that we might take up baking just so we can have an excuse to wear it.

So, there you have it, all the items you get in a Flotsam General Store mystery sack. Is it worth the $40? Well, probably not, but like we said, the pot holders, apron and sack itself are useful, so if you can get someone else to buy it or you can somehow turn the purchase into a tax write-off, we endorse picking up a mystery sack when they go on sale again.