It’s that time of year again, the time where you feel the need to buy friends gifts even if you’re not entirely sure what they’d like. Why take the risk the gift you agonized over buying your friend will be met with a strained polite face and a request for the receipt when you can just take advice from some of Brooklyn experts on what your friends will love? Today, we’ve got some of Brooklyn’s best comedians telling you what you should buy for that comedy-obsessed friend of yours for Christmas. 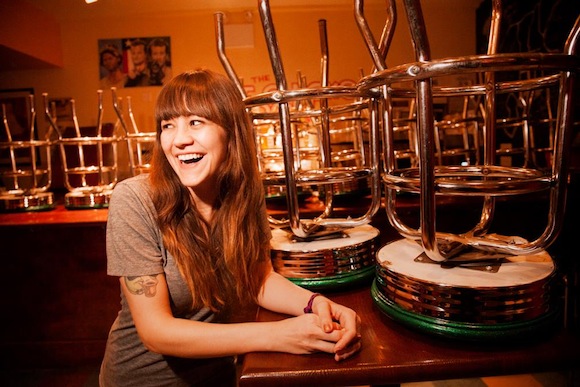 Sue Smith – One of Time Out New York’s 10 Funniest Women in New York City, check out her show Amazing Town every Tuesday at 8pm Bunga’s Den

Yes, Please, by Amy Poehler ($28.99 at your local bookstore)
If you haven’t read Amy Poehler’s Yes, Please then what are you even doing? Part memoir, part advice, all awesome. I love this lady.

A subscription to High Maintenance ($2/$7.99 from Vimeo)
High Maintenance is one of the most interesting, well produced web series of the last year. And, at $2 per episode or $7.99 for the entire season, it makes a very cheap gift. 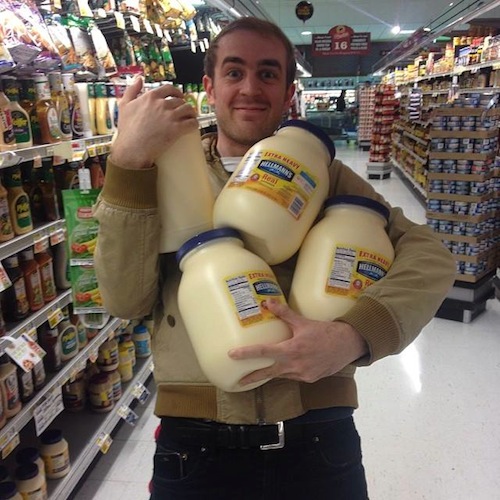 Brett Davis – Co-host of The Macauly Culkin Show at Shea Stadium, which is celebrating their one-year anniversary this Sunday, December 14

A Bad Idea I’m About To Do ($16 at your local bookstore)
Chris Gethard is the kind of guy that appears normal, but has found himself in so many bizarre and horrible situations that he must be insane. Luckily, he has the clarity to tell these stories in hilarious detail. Also his new album is terrific.

Look Around You, Season One ($16.99 on Amazon)
This is hardly new, but it’s worth owning because you realize new jokes upon every viewing. Each episode is designed to accompany a chapter in a twisted science textbook. From the Boîte Diabolique (the forbidden, evil keys on a piano) to the painful effects of boiling protein, there has never been a more perfect comedy series.

Poking A Dead Frog ($18 at your local bookstore)
Mike Sacks’ follow-up to And Here’s The Kicker is the ultimate book for comedy nerds. Interviews with people from all eras and styles of comedy, including Amy Poeher (who also has a great book out), George Saunders, Adam McKay, Tom Scharpling, Bill Hader and more. 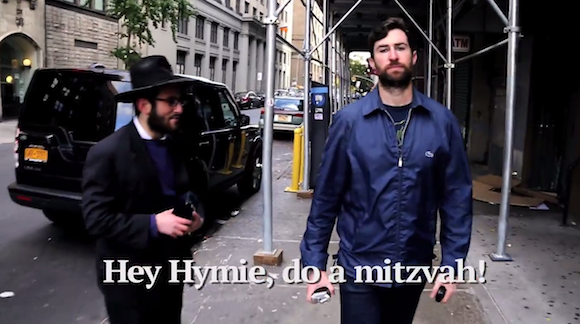 Scharpling & Wurster: The Best Of The Best Show ($100 from the Numero Group online store) [pre-orders are available now, item ships in March]
On an astounding weekly basis from 2000-2013 over the airwaves of the New Jersey-based. free-form radio station WMFU, host Tom Scharpling and his call-in collaborator Jon Wurster staged the most consistently funny comedic conversations in the history of recorded language. Sounds hyperbolic, you say? Nope. This is objective fact. Newcomers to the duo might be daunted by diving into the fictitious universe of Newbridge — rivaled only by The Simpsons’ Springfield in depth and scope of characters — that Scharpling & Wurster spent over a decade building, phone call by demented phone call, but I can’t recommend a better initiation than by going whole hog with this deluxe 16 CD box set that contains over 200 hours of content and plenty of accompanying accoutrements that will serve as your passport to comedy’s cool kid table. For longtime fans of The Best Show, it’s a NO BRAINER.

Will Not Attend, by Adam Resnick ($25.95 at your local bookstore)
Dave Letterman, Jon Stewart, Bob Odenkirk, Charlie Kaufman, and Chris Elliott all give blurbs on the back of Adam Resnick’s debut collection of personal essays, so what the hell is my endorsement going to add? Resnick, a former writer for Late Night with Dave Letterman, Saturday Night Live, and The Larry Sanders Show (as well as longtime Chris Elliott collaborator with whom he created the Fox sitcom Get A Life and 1994’s cult classic Cabin Boy), pours his put-upon heart and dispirited soul into these fifteen “lively stories of detachment and isolation,” amounting to my favorite book of 2014. These aren’t feel-good stories; they’re feel-for stories, leaving the reader to commiserate with Resnick for his disturbed suburban childhood and maladjustment into adulthood — but also laughing all the way to the last page as he takes down the idiots and idiocy that surround him. Fans of sarcastic and darkly acerbic wit will enjoy this spelunking expedition into the caverns of one man’s self-hate and deep-seated cynicism. People who liked Heaven Is For Real most certainly won’t.

You Bet Your Life – Groucho Marx Collection ($6.07 at Barnes and Noble’s online store)
I found this 30-episode, 2-DVD collection of the Groucho Marx-hosted Golden Age television show You Bet Your LIfe on eBay, and I absolutely love it, because I absolutely love Groucho. Billed as a quiz show, You Bet Your Life was essentially a vehicle for the aged Marx Brother to exercise his powers of badinage with a parade of contestants and make passes at all females in the vicinity. Short of accessing the archives at the Paley Center, this DVD is the best way to immerse yourself in Groucho’s black and white, DeSoto-sponsored shtick. If you don’t see a copy on eBay like I did, you can always snag one even cheaper from the Barnes and Noble online store. 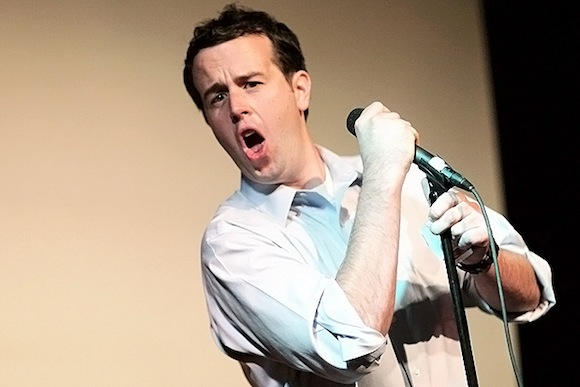 How I Became a Famous Novelist by Steve Hely ($14 at your local book store)
One of the funniest books ever written. “But I’ve never heard of it!” your comedy nerd friend may say. Well, educate them on deep cuts. That’s what comedy nerds live for! This book has won humor awards, received endless accolades, and its author Steve Hely is a rising/risen star who has written/produced for 30 Rock, Letterman, The Office, and he’s currently developing a new show with Rob Riggle for Fox. So tell your comedy nerd friend to read this funny book and educate themselves on Steve Hely. And speaking of books…

Live From New York: The Complete Uncensored History of Saturday Night Live (Updated: 2014) ($17 from your local bookstore) and Born Standing Up, by Steve Martin ($15 from your local bookstore)
Two books on comedy any comedy fan should appreciate (if she don’t already own them). A newly updated version of the definitive history of SNL (in honor of the show’s 40th anniversary) is an easy and enjoyable read on the most popular comedy show in the history of TV. And the same pleasure can be taken from Steve Martin’s quick and enthralling memoir- the most enjoyable book about a comedian I’ve ever read.

Netflix Instant Password ($7.99, from Netflix)
First thing’s first: if your comedy fan friend happens to be without Netflix Instant access, hook it up. This is where not only endless hours of hip TV and film comedies are readily available (see: The Office (UK), Bob’s Burgers, Trailer Park Boys), but also all of the great stand-up specials you could want- from Gaffigan, Louis, Zach Galifianakis and -one of the best alive- Bill Burr’s newest special I’m Sorry You Feel That Way which “drops” exclusively on Netflix soon. So your “nerd” friend better hurry. Instant costs $7.99 a month, but if that’s too pricey for you GIVE THEM YOUR PASSWORD AND THAT IS FREE. 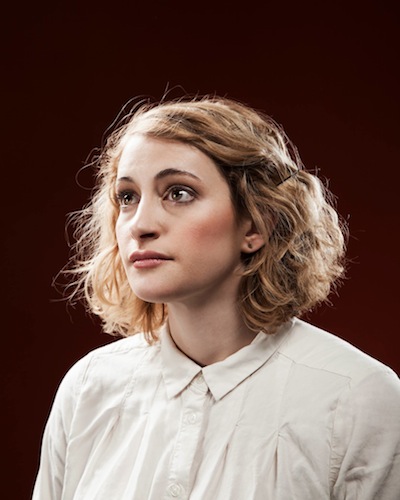 Todd Barry’s Crowdwork Tour ($5 download from the Louis CK website)
Todd Barry’s crowd work gives me belly laughs every time I’ve seen him perform. this special is JUST CROWD WORK. He went on a tour where he only did crowd work, and it’s fantastic that we can see it without having to time-travel.

My Comedy Album ($9.99 download from Don Giovani Records)
Chris Gethard is one of the most innovative and hilarious comedians coming out of Brooklyn. Check out his public access show, The Chris Gethard Show, if you don’t believe me. He’s awesome and his album is delightful.

A microphone
Start your own thing. They’re like $22 at Guitar Center. This is obviously one of those “metaphor gifts” (…is that a thing? I think so?) but if someone in you life is funny and you think they should get out there, maybe this will send the message loud and clear!