“Friday the 13th tattoos?” you’re saying to yourself as you stare at the screen. “Didn’t we just have a Friday the 13th?” Yes, we did, but thanks to the vagaries of the calendar, we’ve got yet another one this week, which means if you missed out on a chance for a cheap goofy tattoo in February, you can get one this Friday. Or if you got one of those $13 tattoos, you can just get another one. After all, it’s Friday, there are plenty of tattoo parlors offering up cheap ink, and this is the last Friday the 13th until November, so get crazy.

Body Art and Soul Tattoo (283 Graham Avenue, Williamsburg)
Body Art and Soul will be offering tattoos of the flash sheet you see above for the customary $13 and $7 tip, so you can walk in and get yourself an unlucky Elmo, an Illuminati triangle or even a zombie Jake the Dog and have more than enough time for it to heal so you can show off your weird new tat this summer.

Armageddon Ink Gallery (234 Union Avenue, Williamsburg)
While the flash sheets for Armageddon’s cheap tats won’t go up until Thursday at the earliest, they’re veterans of the $13 Friday the 13th tattoo at this point, so you’ll be able to stop in and get something good if you pop in between noon and 10pm. 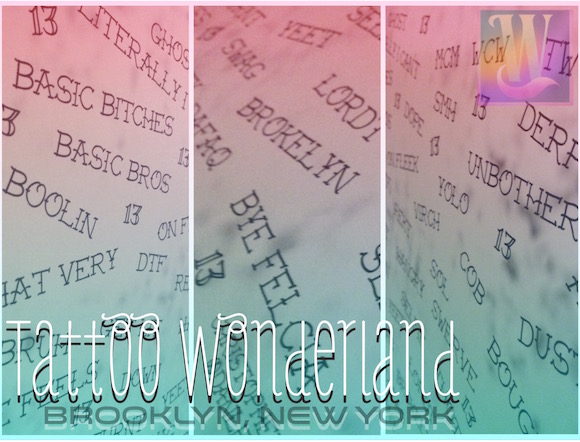 Tattoo Wonderland (1580 McDonald Avenue, Midwood)
Not only is Tattoo Wonderland offering a slew of choices for their $13 tattoos, but you can even choose a “Brokelyn” tattoo off their slang flash sheet, and join three Brokelyn staff members as having the name of this fine website on your body.

Triple Diamond Tattoo (257 3rd Avenue, Gowanus)
Here’s an idea for a date in Gowanus: First go to Triple Diamond Tattoo, where you and your date can each pick something off their flash sheet (which they said will go up with some “cool stuff”) for just $13. Then go get a couple beers at Threes Brewing and then go eat ice cream at Ample Hills. That’s how you do Friday. 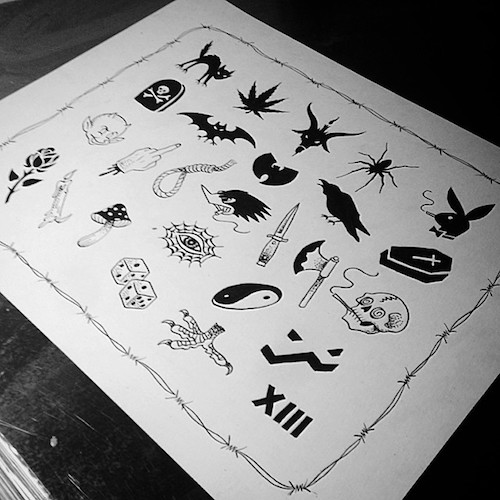 Gnostic Tattoo (1089 Flushing Avenue, East Williamsburg)
As you can see, Gnostic Tattoo has all sorts of creepy designs to choose from for just $13, but none will make you more intimidating then the Mr. Horsepower one. Any idiot can look tough with a skull tattoo, but you have to stop and think before tangling with someone who thought it was a good idea to permanently get a cartoon bird smoking a cigar put on their body forever.

Brooklyn Made Tattoo (312 93rd Street, Bay Ridge)
At Brooklyn Tattoo, you’ll be able to choose from a flash sheet of original work that each artist at the shop will be doodling in the run up to the day. Someone we spoke to at the shop mentioned the possibility of “a little Bill Murray graphic” that debuted last month making a comeback, so make sure you get that if you can, for the inevitable day you run into Bill Murray doing dishes at your party or barbacking at the Boobie Trap. 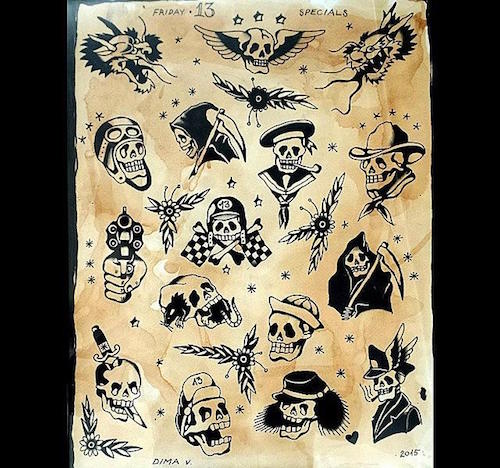 Citizen Ink (1603 Avenue U, Sheepshead Bay)
Citizen Ink has plenty of skulls for you, for just $13 and a $7 tip, but they’ve also got a couple dragons in case you’re a little skulled out from previous trips to get Friday the 13th tattoos. 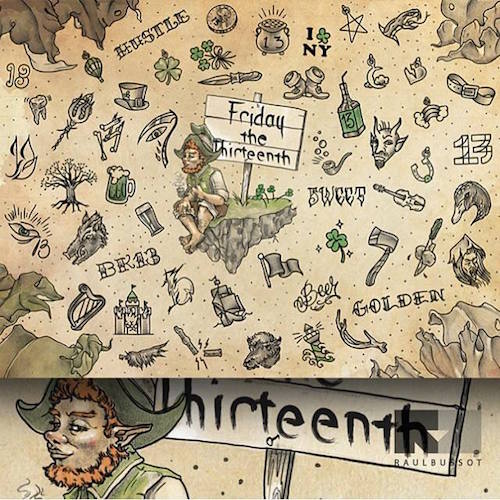 Asylum Tattoo (143 N. 4th Street, Williamsburg)
You can take shelter from expensive tattoos at Asylum on Friday, where they’ll be offering everything on the flash sheet above for $20  (plus tip) for you to choose from. Bonus points for seizing the holiday connection between St. Patrick’s Day and Friday the 13th, so consider Asylum if you’re planning on wandering the Grand Street pub crawl Monday. 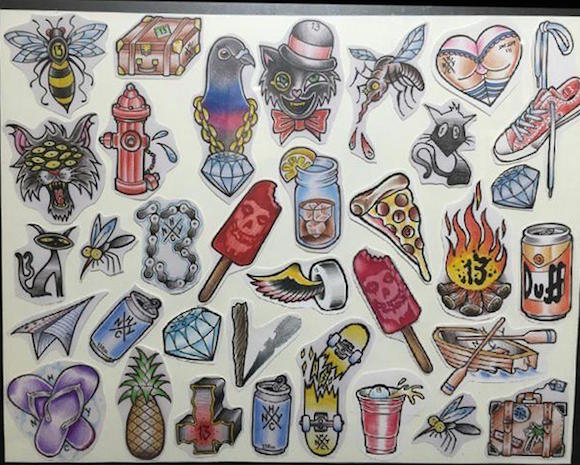 NYHC Tattoo (127 Stanton Street, Lower East Side)
Our buddy Mikey is once again offering his $31/$62$/93 deal for tattoos, so if you want the guy who gave us our Brokelyn tattoos to give you yours, shoot him an email at miykey [AT] gmail.com to make an appointment, and let him know what time you want to come in, the piece you want and where on your body. He’ll be using the above flash sheet from last month and also a new one you can see on his Instagram in the next couple of days.