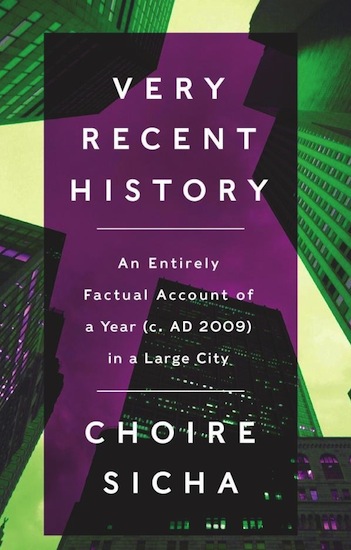 It’s happened so fast, but what will New Yorkers eventually make of Bloomberg’s New York? Our pint-sized mayor has had an outsized influence on the city and has been around for so long now that you can only love or hate him, there’s no room for a middle ground. But why leave the history of Bloomberg’s New York to boring ol’historians when entertaining writers like Choire Sicha, of The Awl, Gawker and New York Observer fame, can tell a version of the story?

Very Recent History is laid out like a novel, but its “entirely factual account” subtitle is no joke, with its characters and events all coming out of Sicha’s and his friends’ lives, the book is the story of post-recession New York and the lives of the young people living, working, hooking up and getting drunk in it. So basically your life, as told by a knowing, wry narrator who’s quietly outraged about things like the city becoming a playground for the rich, AIDS and Bloomberg’s third term power grab.  $24.99, at your favorite independent bookstore