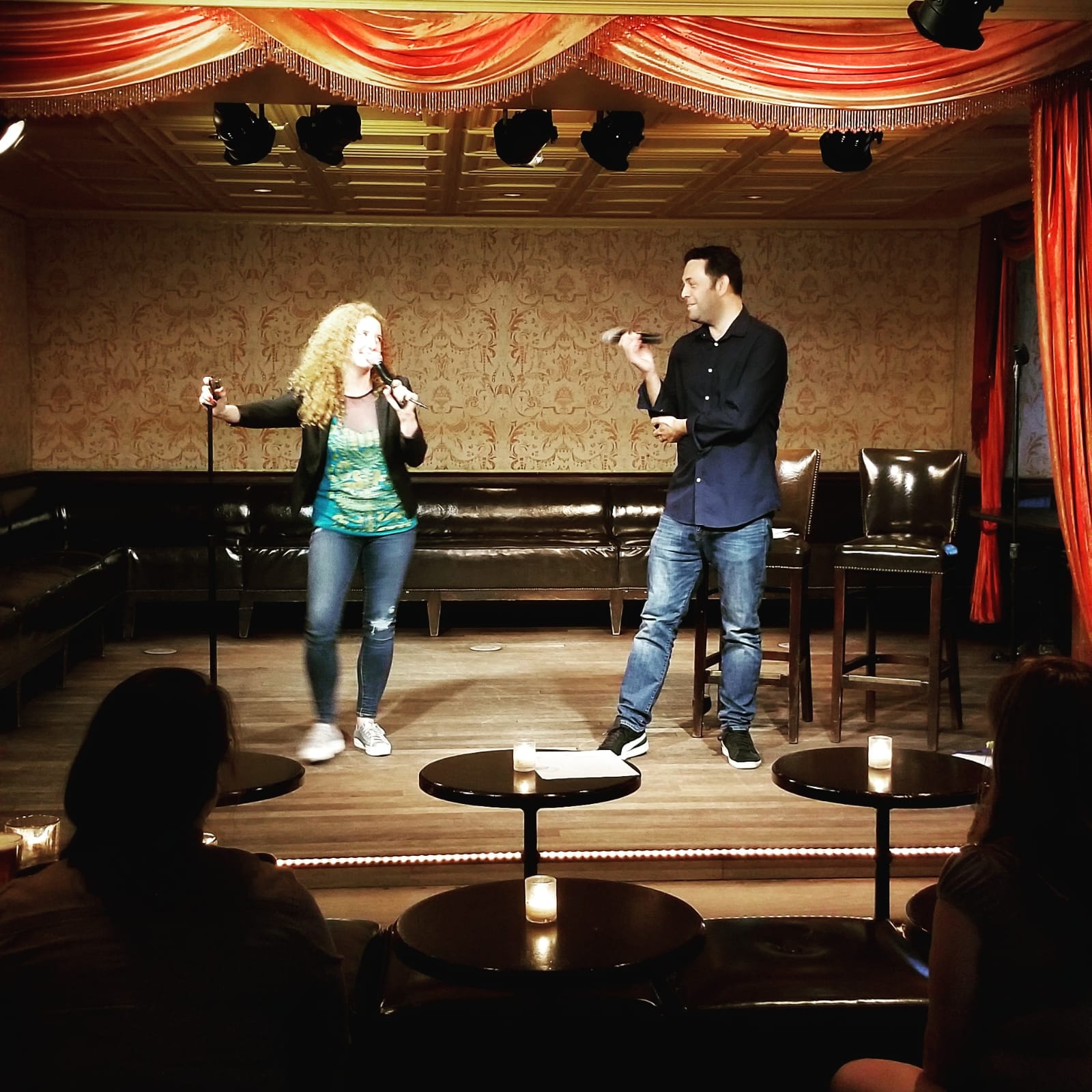 Andre Medrano and Maggie Maxwell invite the funniest people they know to answer the pressing questions facing society. Things like would you rather be a suspected button-down baller or a confirmed t-shirt tyrant? Lose the ability to sweat or spit? Be a respected Civil War reenactor or fun?

Featuring performers from the worlds of stand up, sketch comedy, improv and beyond past guests on Would You Rather have appeared on MTV, HBO, Comedy Central, Netflix, Vice and comedy festivals across the country.

This unique NYC comedy event is free, fun, and… making the move to Saturday! We hope you’ll join is at Friends and Lovers on May 11th! Just blocks from the Franklin stop on the A, C. Doors at 8, show at 8:30.