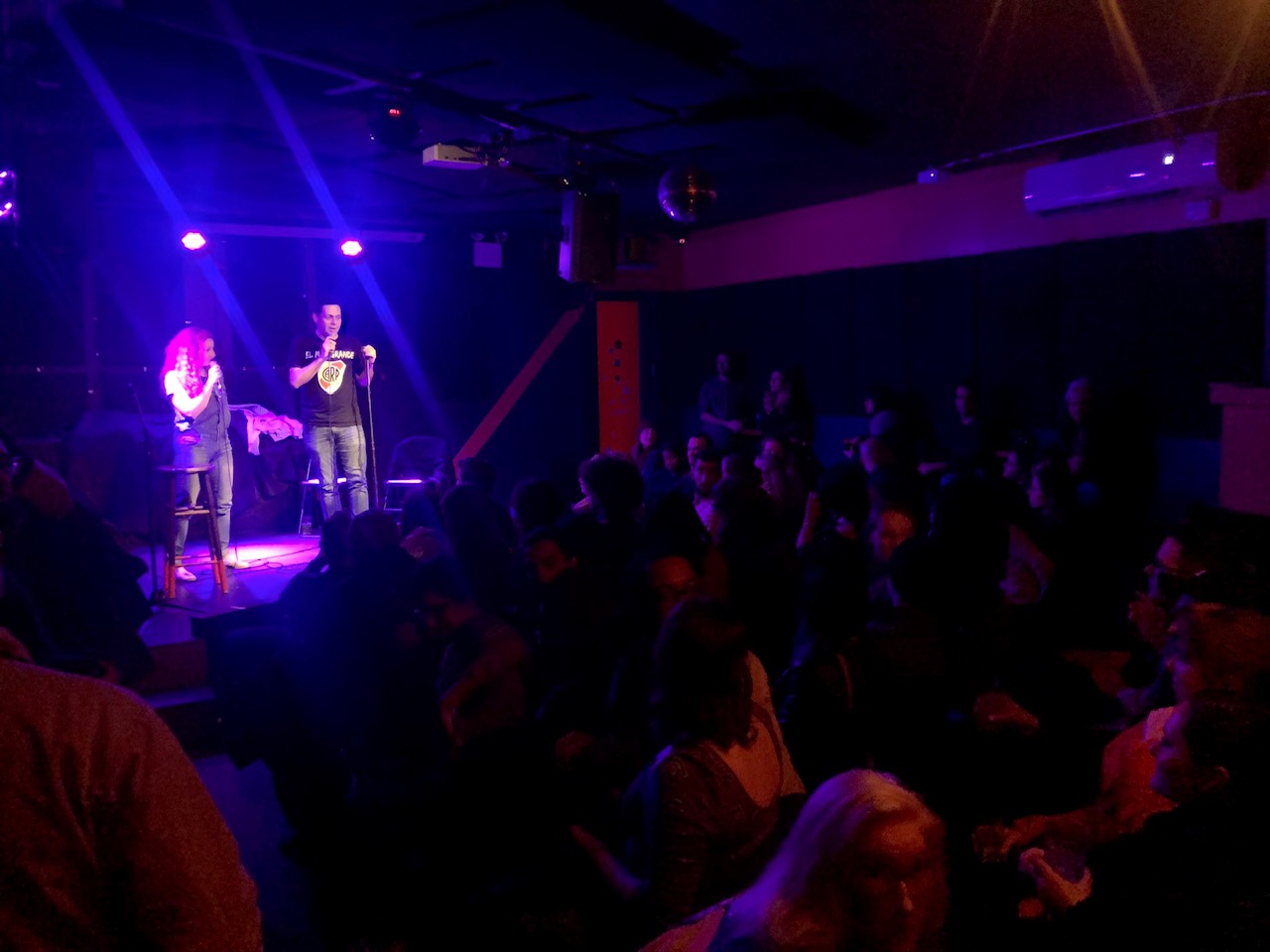 UPDATE: The show on March 14th in canceled. It hurts us to have to make this decision but ultimately we know it is the right thing to do. We love doing this show and when the situation improves we look forward to coming back and seeing you there. Stay safe out there. -Maggie & Andre

Once a month the funniest people in New York come together to answer pressing questions facing society. Things like would you rather lose the ability to sweat or spit? BBQ with holy guacamole or picnic with blessed dressing? Lurk hard or work hard?

Drawing performers from the worlds of stand up, sketch comedy, improv and beyond this unique NYC comedy event has been going strong for 4 years with past guests appearing on MTV, Comedy Central, HBO, Netflix, Hulu, and comedy festivals around the country.

The show happens at Friends and Lovers, one of Brooklyn’s premier comedy venues, just blocks from the Franklin stop on the A,C.