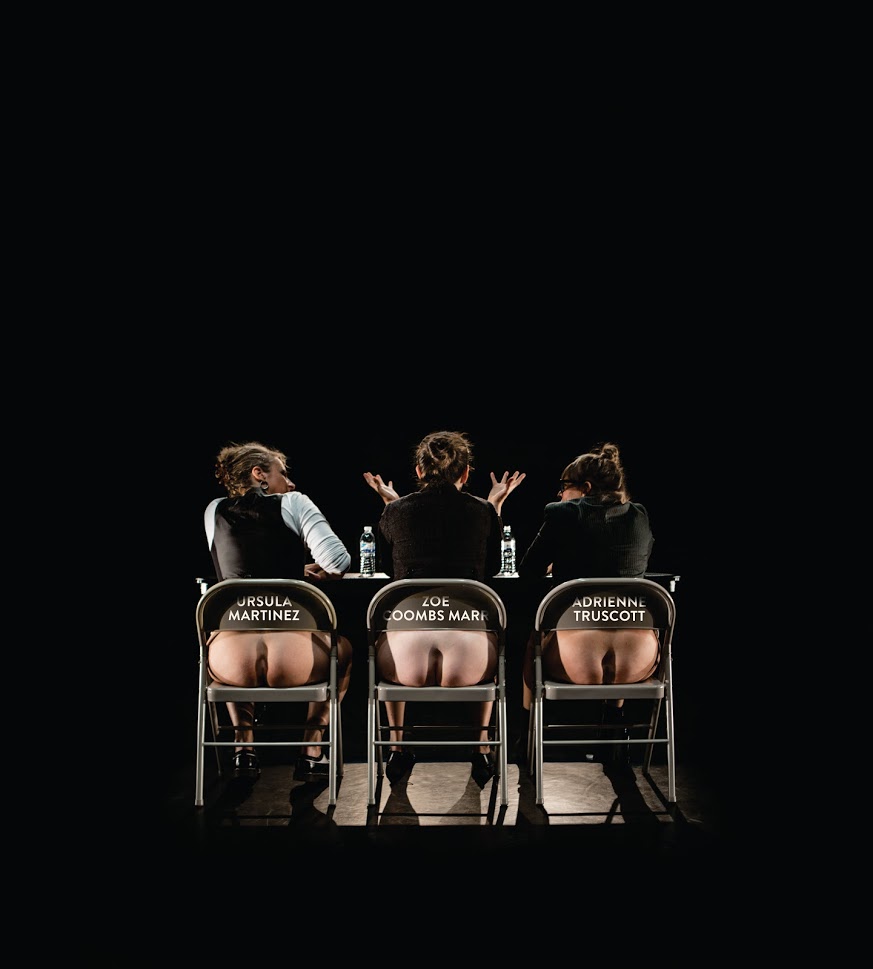 The first rule of making art is don’t respond to your critics. But in the U.S. premiere of Wild Bore, three masters of smart, political and outrageous comedy delve into the torrent of critical fury that has been aimed at baffling, misunderstood and downright awful works of art (including their own). Adrienne Truscott (U.S.), Zoe Coombs Marr (Australia) and Ursula Martinez (U.K.) team up to beat the critics at their own game, and prove they too are not afraid to talk out of their arses. Wild Bore is appropriate for adults ages 18 and up.

Adrienne Truscott is a genre-straddling performance maker, a Doris Duke and FCA grant recipient and the creator of the 2013 Adrienne Truscott’s Asking For it….an award-winning and game changing show about comedy and rape culture. Her most recent solo piece, THIS was nominated for a Bessie Award for Outstanding Production and she looks forward to completing new commissions based in Australia and Ireland in 2020. Zoe Coombs Marr was the winner of the 2016 Melbourne International Comedy Festival (MICF) award for Trigger Warning and has performed at the Edinburgh Fringe (nomination, Best Comedy), London’s Soho Theatre, Sydney Opera House, and many more. Ursula Martinez is an established international writer, performer and cult cabaret diva. She produces provocative live performance, for theatre, cabaret and beyond.wildbore/malthousetheatre.com.au