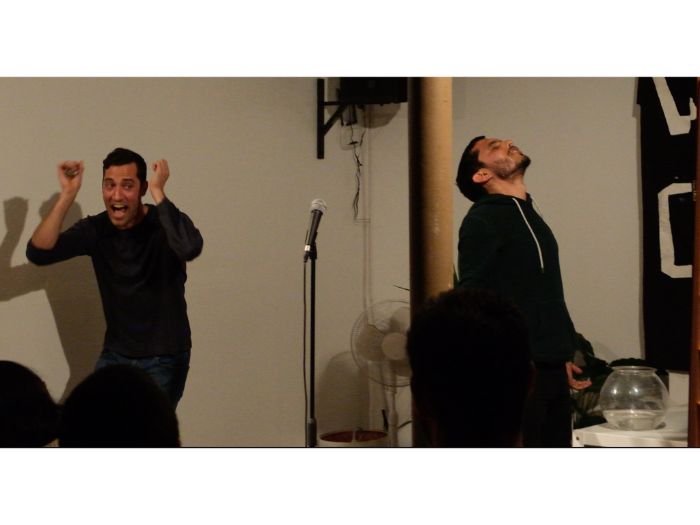 Wet Cash is a weekly free standup show with free beer that features the best comedians in the country, most of whom you’ve seen on TV. Plus, at the end of the night, we give out drippy wet dollar bills to one lucky person in the audience! We’re back this Friday at GG’s Social Trade and Treasure Club (1339 DeKalb Ave) at 7:30 PM, and we’d love to see you there! There’s a suggested $10 donation, and all the proceeds from the show go to Make The Road (https://maketheroadny.org/). Come see why we’re being talked about by Vulture, Thrillist, and all your coolest friends!
This week, we have a special show! One of our favorites, Dan Perlman, will be doing an hour long set to close out Wet Cash! Dan Perlman is a stand-up comedian and writer from New York City. Dan was recently named one of the 2018 New Faces in stand-up at Montreal Just For Laughs and headlined Caroline’s on Broadway. Dan is the co-writer/director/star of the award-winning comedy series, Flatbush Misdemeanors, which became Oscar-qualified after winning the Grand Jury Prize for Best Narrative Short at the 2018 Florida Film Festival. Dan created and wrote an animated series, That’s My Bus!, which received a pilot order from FOX. Dan has appeared on TruTV, MTV2, and as a cast member on MTV’s Vidiots.Plus, Wet Cash regulars will be hosting and opening for him.
Noah Rocklin (Libra/Cancer/Capricorn) hosts:
Rachel McCartney (PBS) opens
And Dan Perlman is your main event!