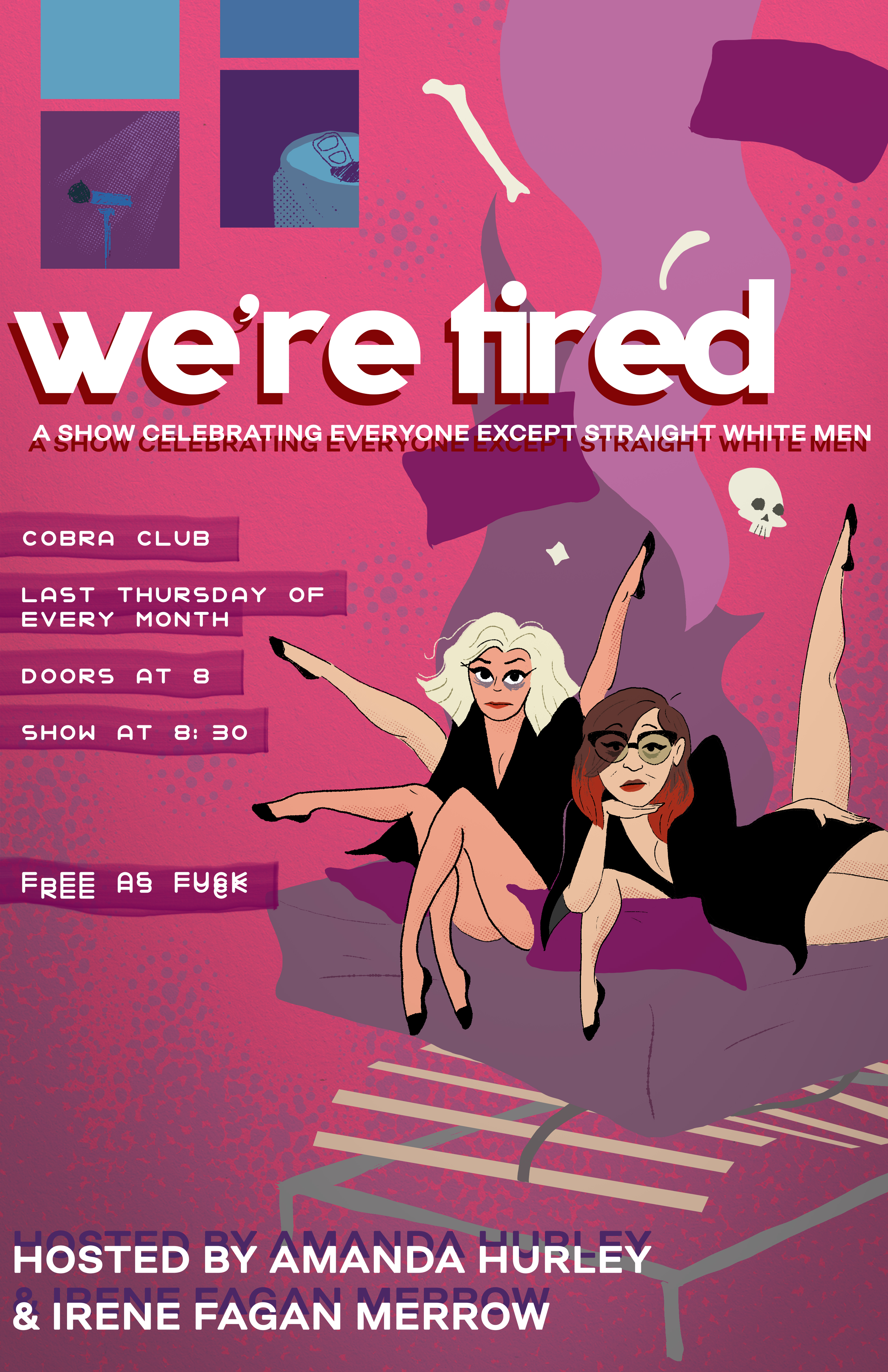 Irene Fagan Merrow and Amanda Hurley were tired of seeing comedy shows full of Chads, so they started a show sans Chads.

We’re Tired is a show with a diverse lineup of New York’s greatest talents and rising stars. No cis straight white men on the lineup, but of course all are welcome to come enjoy the show!