This, That & The Third by Alexis Rivierre 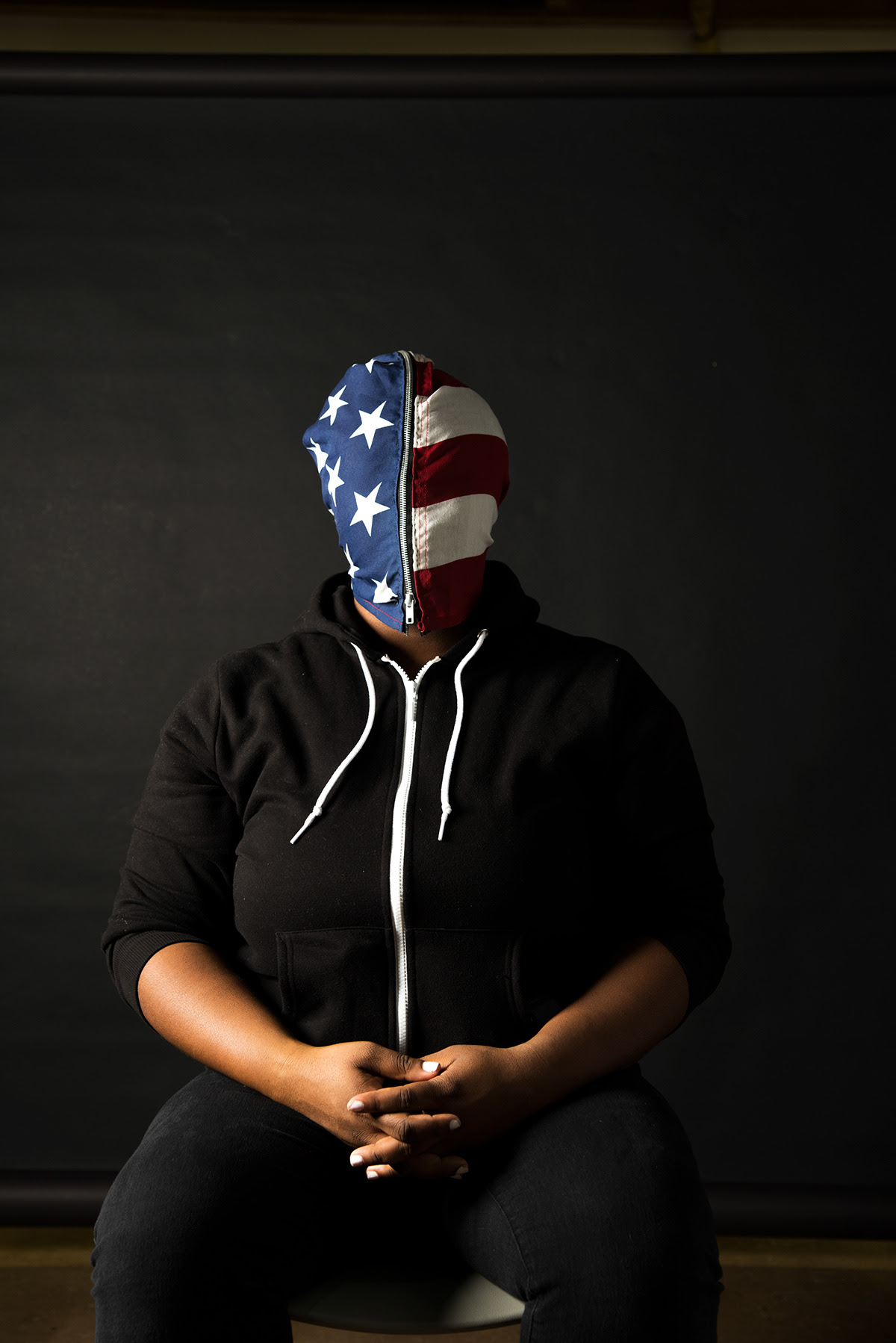 Wayfarers is pleased to announce the first New York exhibition of the multiform narrative work This, That, & The Third, by interdisciplinary artist Alexis Rivierre. The exhibit is comprised of five hand-sewn/embellished masks, six self-portraits, and fifty accompanying quick response (QR) codes that feature public performances, written text, and supplemental imagery. When viewed in tandem, they create fractured narratives making reference to historically stereotypical representations of Black women in media and film, dominance politics and the sociopolitical consequences of existing as a marginalized individual in public space.

Rivierre (born in1991) currently lives and works in her hometown of St. Louis, Missouri. She has developed a storytelling format that’s comprised of hand-sewing masks made from reclaimed clothing and other embellishments that are then activated through public impromptu performances, and ultimately documented through the tradition of self-portraiture.

Alexis Rivierre is an interdisciplinary artist who constructs visual narratives that investigate memory, identity, representation and the social implications of race in the United States. Primarily working in mask-making, performance and self-portraiture, the seemingly disparate layers within the varied materials and practices in her work operate in tandem to reveal non-linear narratives. Rivierre earned her MFA in Studio Art with an emphasis in painting at Wichita State University in 2018, a Graduate Certificate in Marketing from Liberty University in 2015, and a BFA in Art/Painting with a minor in Art History from Missouri State University in 2014. She has exhibited in various cities in the Midwest, most notably at the Ulrich Museum of Art and the Kansas African American Museum. Rivierre is a 2019 recipient of the St. Louis Regional Arts Commission Artist Support Grant which she is utilizing to develop her forthcoming series Take Care.

This, That, & The Third opens to the public on Thursday, February 6, 6-9pm, and will be on view Sundays from 1-5pm through February 23.