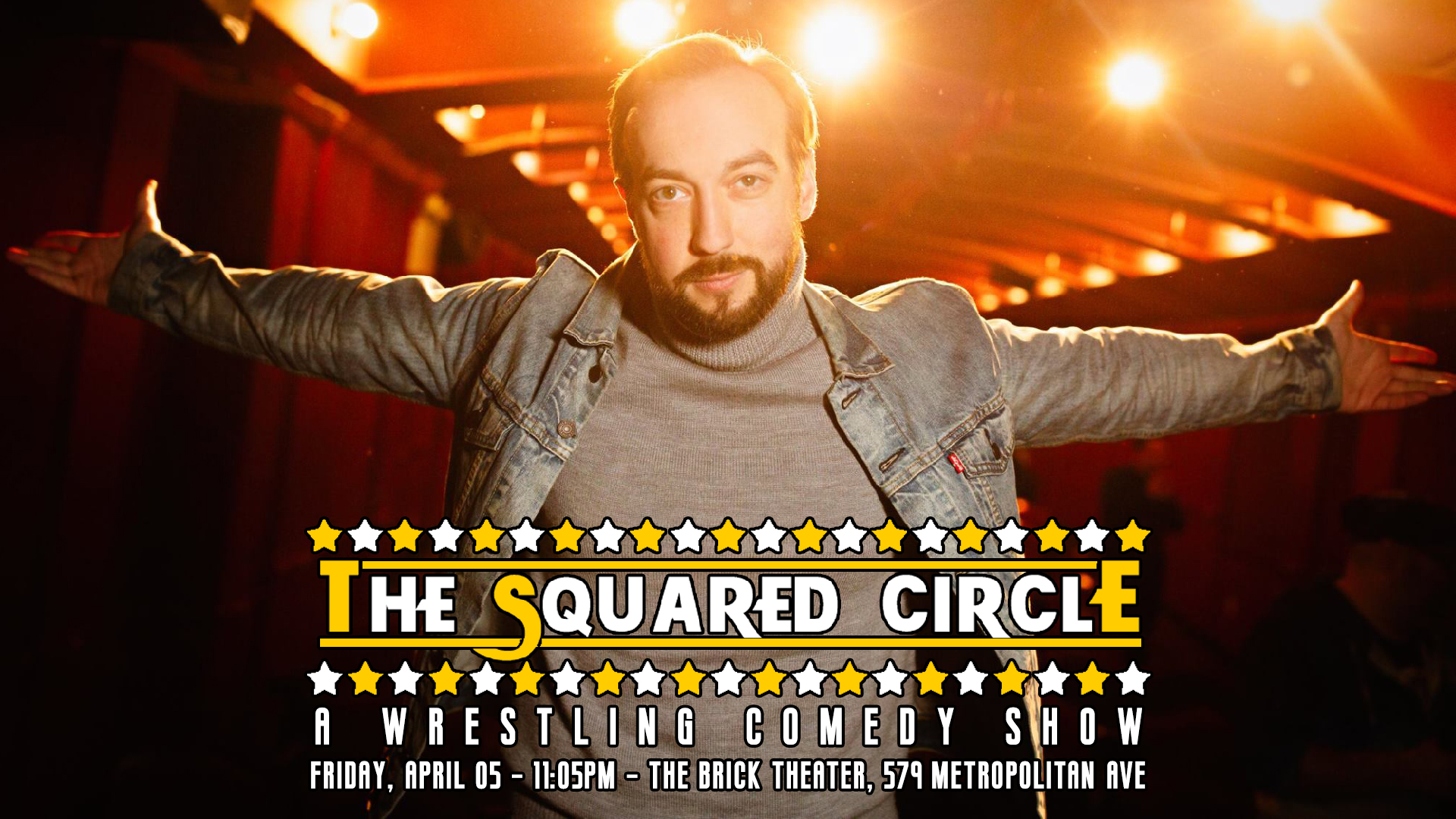 The Squared Circle RETURNS to The BCC Arena at The Brick Theater this WrestleMania weekend – Friday, April 05 at 11:05PM!

Come see New York City’s top comedians face off on the mic.
YOU decide the winner!

At stake…the richest prize in the game: the World Comedyweight Championship.

Join host Matt Little as he celebrates the best of pro wrestling in this comedy competition.

After NXT Takeover, grab the G from Fulton Street to Metropolitan Avenue in Williamsburg and book a ticket for The Squared Circle.

Every comic wants to be it.
But there can be only one Comedyweight Champion.

The Squared Circle is presented by Brooklyn Comedy Collective.