The Regime is Female 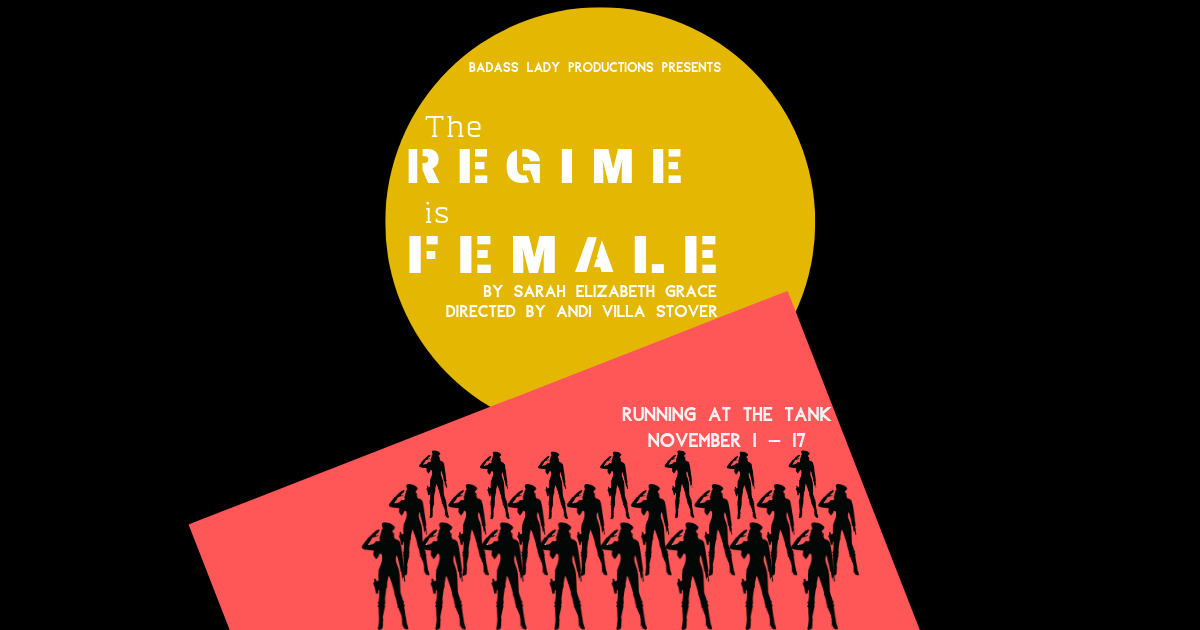 WHAT: Ready to see women kick ass? This November, “The Regime is Female” will be running for three weeks at the Tank’s intimate 56-seat theater in New York City. Audiences will feel right in the thick of it as they’re wowed by the stunts and moved by the story. Yes, the actors are performing live action stunts on stage! It’s time to see women and non-binary people in power.

The year is 2028.
Two years since the American dictatorship was overthrown.
Two years since over half of American males died due to the “XY” virus.
Two years of peace under the New Country principles.
Living isolated in an undisclosed location, River Flynn is an executioner for any person caught performing a white supremacist or patriarchal act.