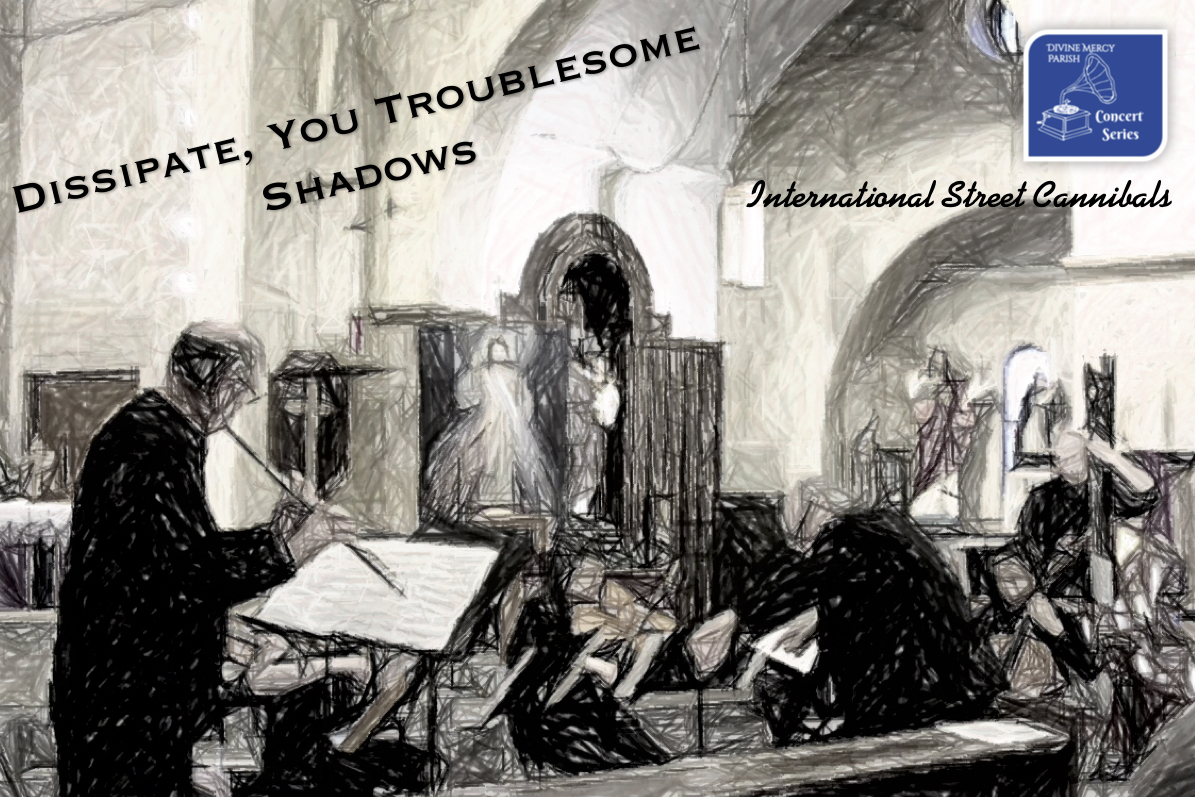 The International Street Cannibals (“enterprising new music ensemble” – New York Times) are known for their adventurous programming and love for the Second Viennese School. They’ve done things like STRIKE!, performing music alongside boxers in the ring. The versatile group, under the direction of Dan Barrett, will perform a program of Cantata 202 (“Wedding Cantata”), Cantata 82 (“Ich habe genug”), and Marcello’s Oboe Concerto.

The title of the program comes from the first line, and title, of the Wedding Cantata (“Weichet nur, betrübte Schatten”). The secular cantata celebrates the ending of winter, as the days begin to grow longer. The program is offered to our audience in this spirit. As the New York City winter comes to its slow demise, with its late snow-storms and bitter cold up until the very end, the music of Bach and Marcello can give lift our spirits and “wash away the dust of everyday life.”

The concert is free of charge. There will also be a reception after the show.