The Footlight Presents a Half Hour with Guitler Raphael 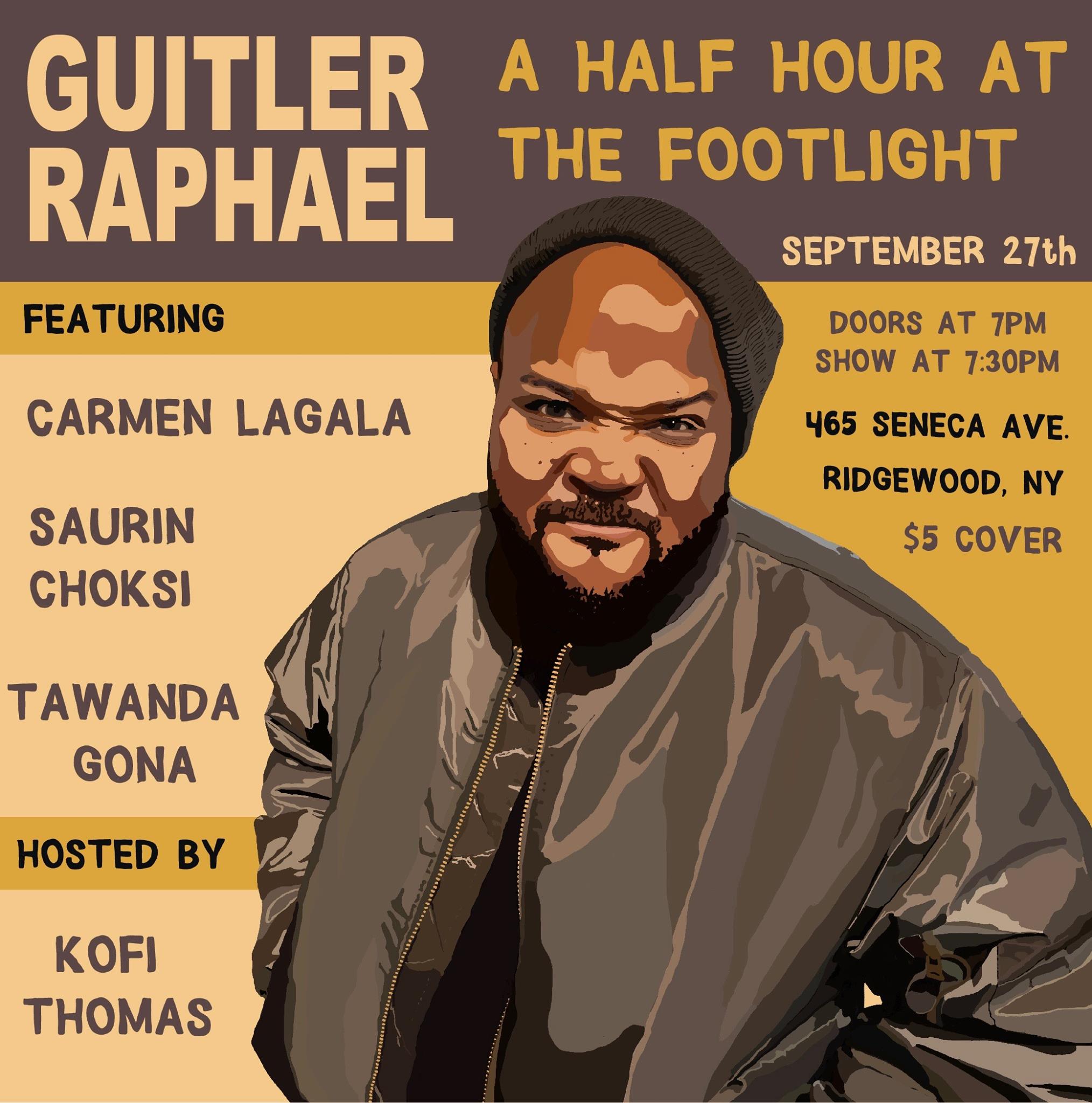 Brooklyn-based comedian Guitler (pronounced like “guitar”) Raphael made his way to New York City in 2016 after launching his comedy career in Boston, Massachusetts. Since then, he’s appeared on shows like CYSK NYC’s “Comedians You Should Know,” “Campfire Storytelling,” and most recently on stage at the Comedy Cellar’s Fat Black Pussycat. You can also see him in the web series “The Alley,” available on Amazon Prime.