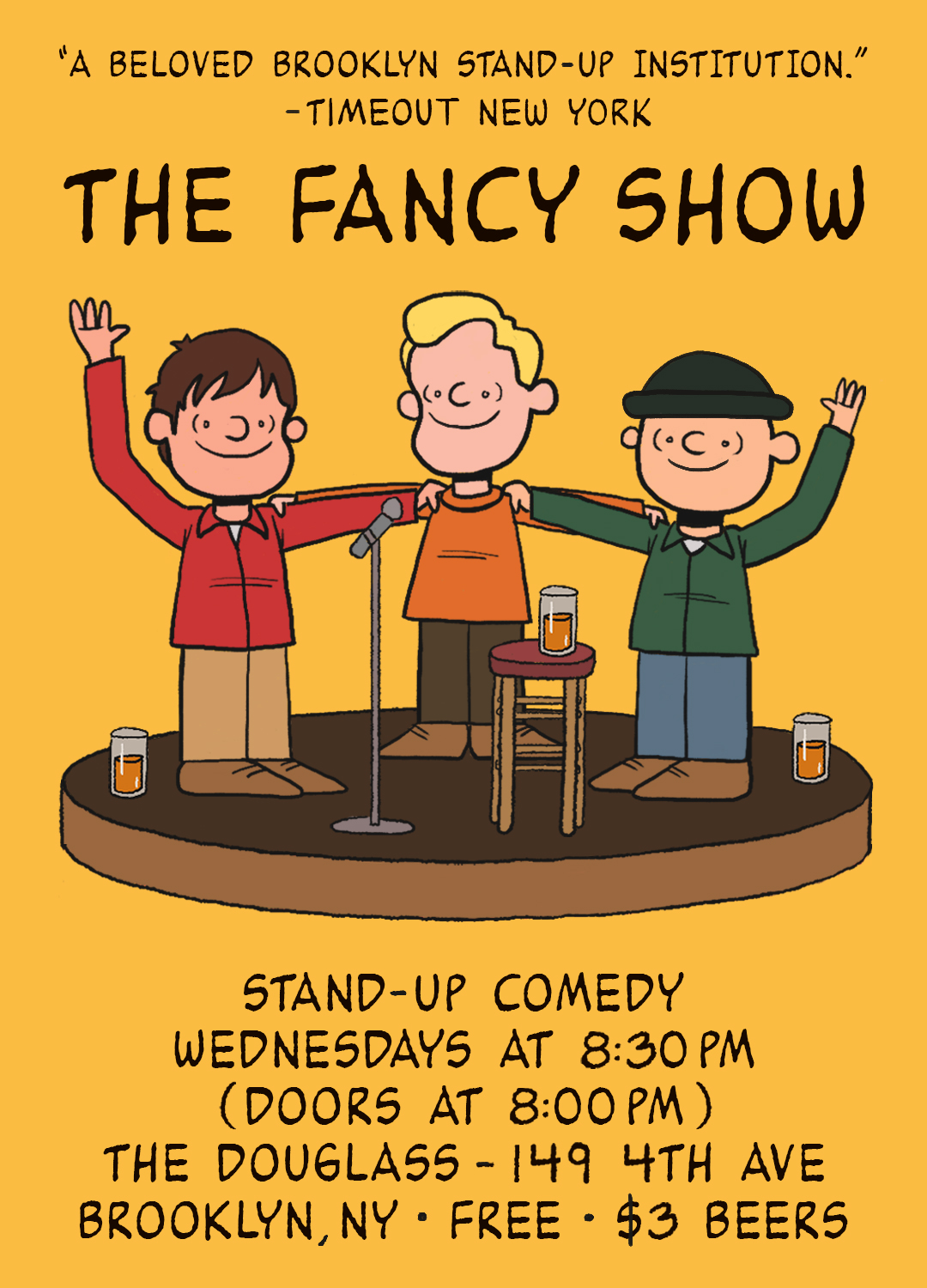 Every Wednesday night The Fancy Show delivers a glorious night of stand-up comedy featuring some of the best comedians from New York and across the country.

The Fancy Show is hailed as a “beloved Brooklyn stand-up institution” by Time Out New York and has featured in the Brooklyn Daily, Paste Magazine’s “A Guide to New York Stand-up Comedy” and in Matador Network’s “9 underground comedy shows in NYC to checkout before they go mainstream.”