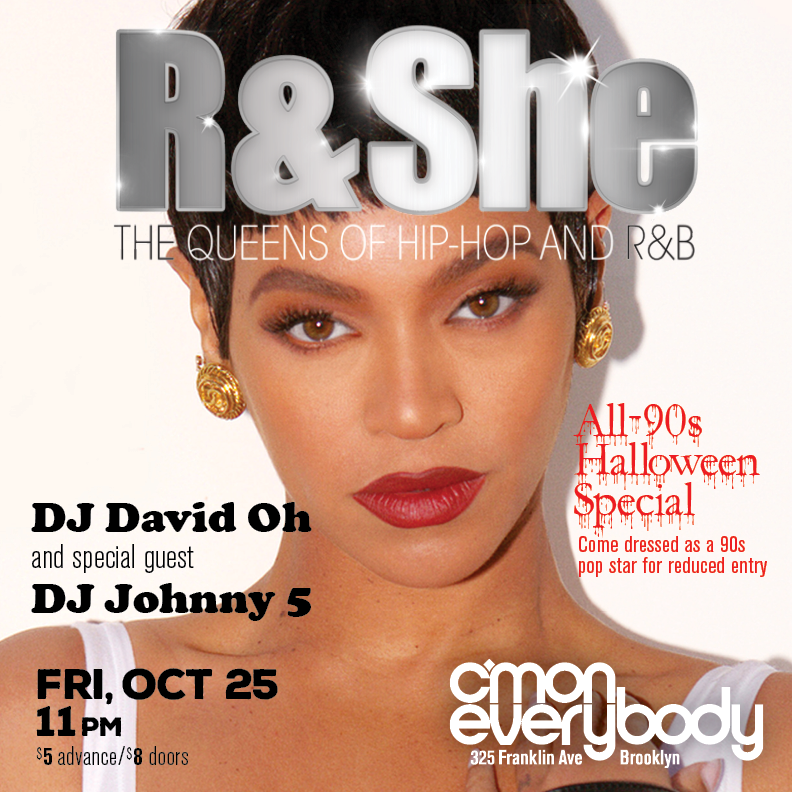 R & She returns to NYC, and we’re having our first Halloween special!

To kick off that first Halloween weekend, we’re going back, WAAAAAY back in time to… THE 90s. We’re serving you 90s R & She bangers all night. ALSO, anyone coming dressed as their favorite 90s pop star gets in for cheap!!

Our special guest DJ is our regular hunk… Johnny 5. He’ll be bringing those slinky 90s vibes.

For this special edition we’ll be playing the best 90’s tunes from our QUEENS of Hip-Hop and R&B including… Janet Jackson, Missy Elliott, Eve, TLC, Aaliyah, Salt-N-Pepa, Destiny’s Child, Mariah Carey and Toni Braxton, plus as many other Queens as we can squeeze in… (and we can squeeze in a lot!).

The R & She nights are already legendary in London and Berlin, where they were started almost 7 years ago by David Oh, Neil Prince and QBoy… and also now in LA.