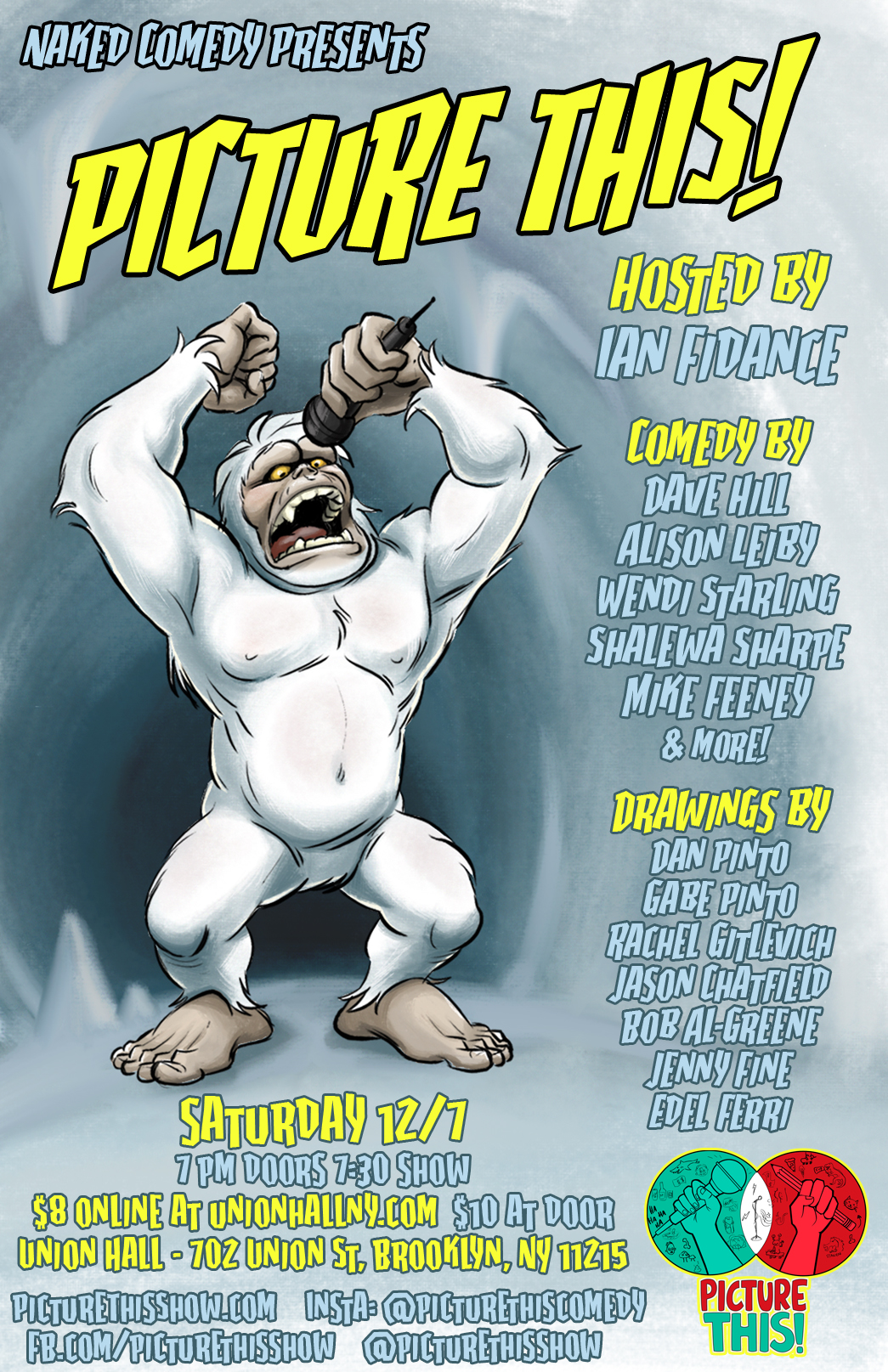 #NewYork #Brooklyn #ParkSlope: Picture This! is BACK for another night of live animated ONE NIGHT ONLY lineup combinations of #NY’s best comedians and artists! 🃏🎨🍻