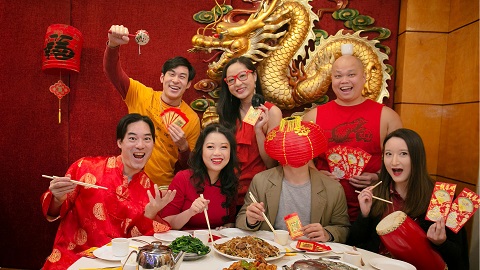 Celebrate the Year of The Rat with Model Majority, NYC’s 1st all Asian-American sketch comedy team! Whether it’s your first Lunar New Year or you’ve celebrated your entire life, you’ll love this evening of original New Year-themed sketches and may even get a red envelope!

With stand up by rising star Andre Kim (Comedy Cellar, In Godfrey We Trust Podcast)

Our shows sell out so buy your tickets now!