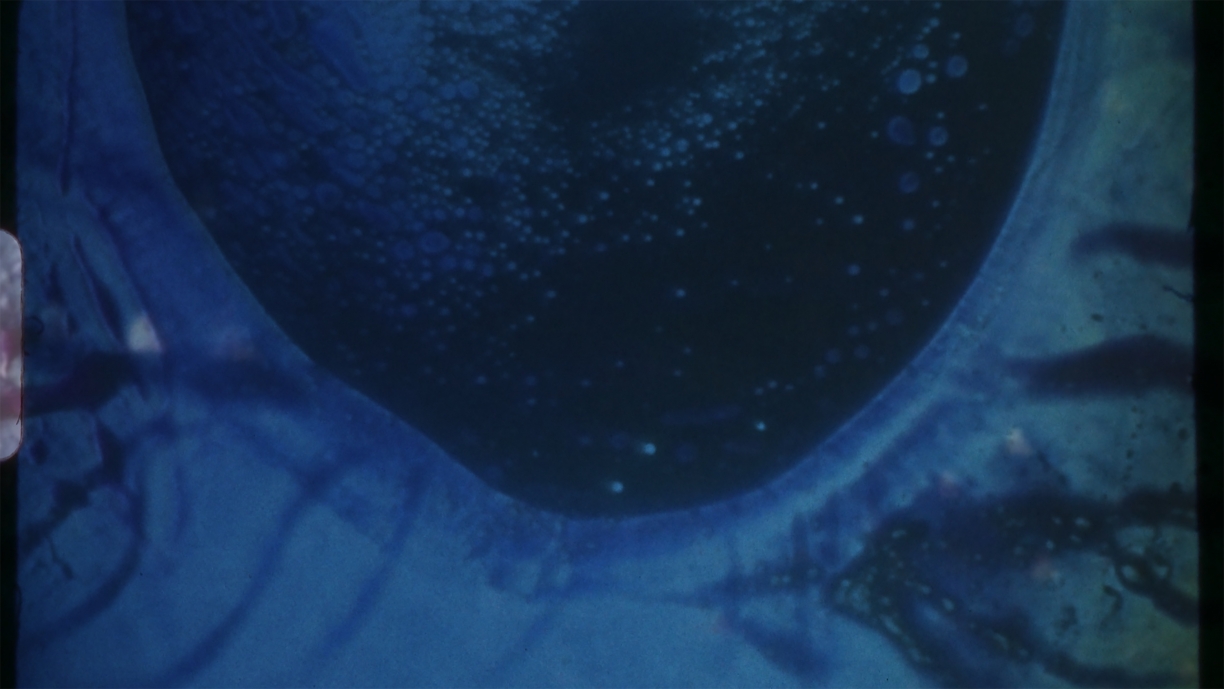 Kyle Eyre Clyd presents new work exploring the figure of the medieval artisan as a figure who is not mad but is becoming-mad and in this half-state of identity, addresses the cosmos. The performance features archaic texts of visionaries accompanied by a de-healing drone whose timbres and transitions induce feelings of nausea and simulate auditory hallucinations. Abstracted close-ups, drag, and vocal pitch shifting in video presentation accompany live manipulation of sound.

Throughout her artistic practice, Marcia Bassett has sought to induce trance-like-states of mind through her multifaceted audiovisual work. For Out-SIDe PATtern RE-configuration, Bassett explores the interaction of sound and light and their resulting forms, using analog and digital tools and real-time composition to manipulate and abstract sound into seemingly chaotic and fragmented parts. Interrelations between sound and visual projections unfold in timed sequences organized into areas of duration to further emphasize random relationships, abstractions, and conflict. Her visual presentation expands upon an experimental super 8mm film that she shot, edited and composed a soundtrack for in July 2019 titled “Morning Reflections,” plus slide projections from artist Barry Weisblat.

Kyle Eyre Clyd is the longtime moniker of artist Kyle Kessler, an interdisciplinary artist living and working in Birmingham, AL. She has exhibited and performed at the Contemporary Art Center New Orleans, Sculpture Center (NY), Artist Space (NY), ISSUE Project Room (NY), The Stone (NY), PPOW Gallery (NY) and at numerous experimental music festivals. Her music has been played live on WFMU and on small radio stations worldwide. She holds an MFA in Sound from Bard College and a BFA from the Cooper Union. Her sound work is often the result of collaborations with other musicians and thinkers. She has worked with Keith Connolly, Samara Lubelski, Lea Bertucci, Patrick Cole, Dylan Hay, Anthony Saunders, Peter Bowling, and many more. Her new work is a textual and memorial digression from her time spent performing hundreds of shows in the noise underground and its tangential queer communities. It approaches sound from a contemplative, impressionistic perspective and the plastic arts from a conceptual one. Themes may shift on a project-by-project basis but consistently one feels the influence of semiotic interpretations of art punctuated by a haunted delivery and mystic poeticism.