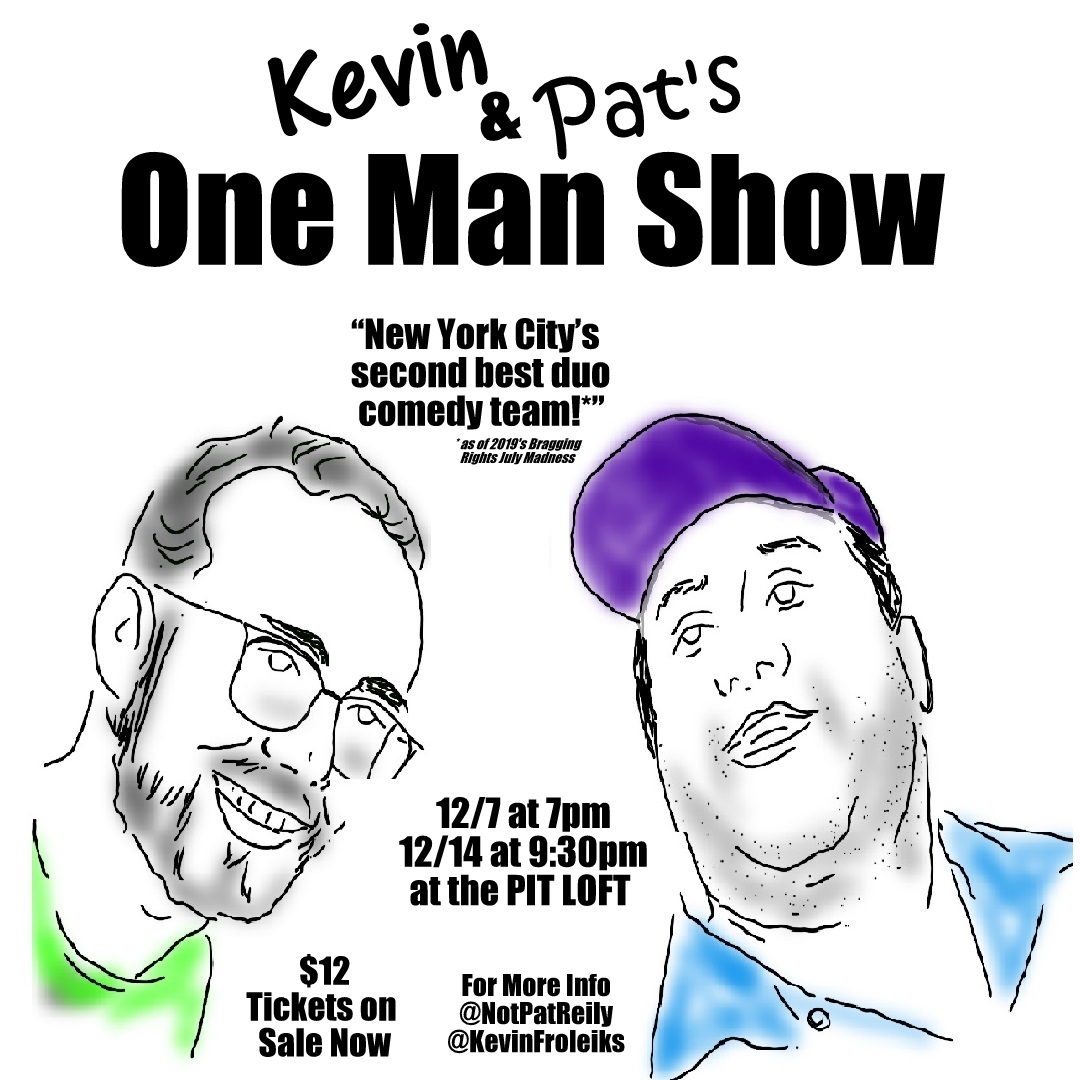 They worked really hard on a one-man show. This is that show.

Kevin and Pat are writers and comedians based out of New York City. Kevin is currently a writer with the sketch group, House of Birds, at The Upright Citizens Brigade Theatre. Pat is a writer/ performer on Infinite Sketch at the People’s Improv Theater. They are the co-creators of Great Frontier: A Poorly Researched Musical About Lewis And Clark which debuted at the 2017 NY Theatre Festival’s Summerfest and completed a nearly successful two-week run right here in The PIT Loft in 2018. They have performed at comedy festivals like the New York City Sketch Fest, Philly Sketch Fest, Montreal Sketchfest, Cinder Block Comedy Festival, The Devil Cup, and The Laughing Devil Comedy Festival.