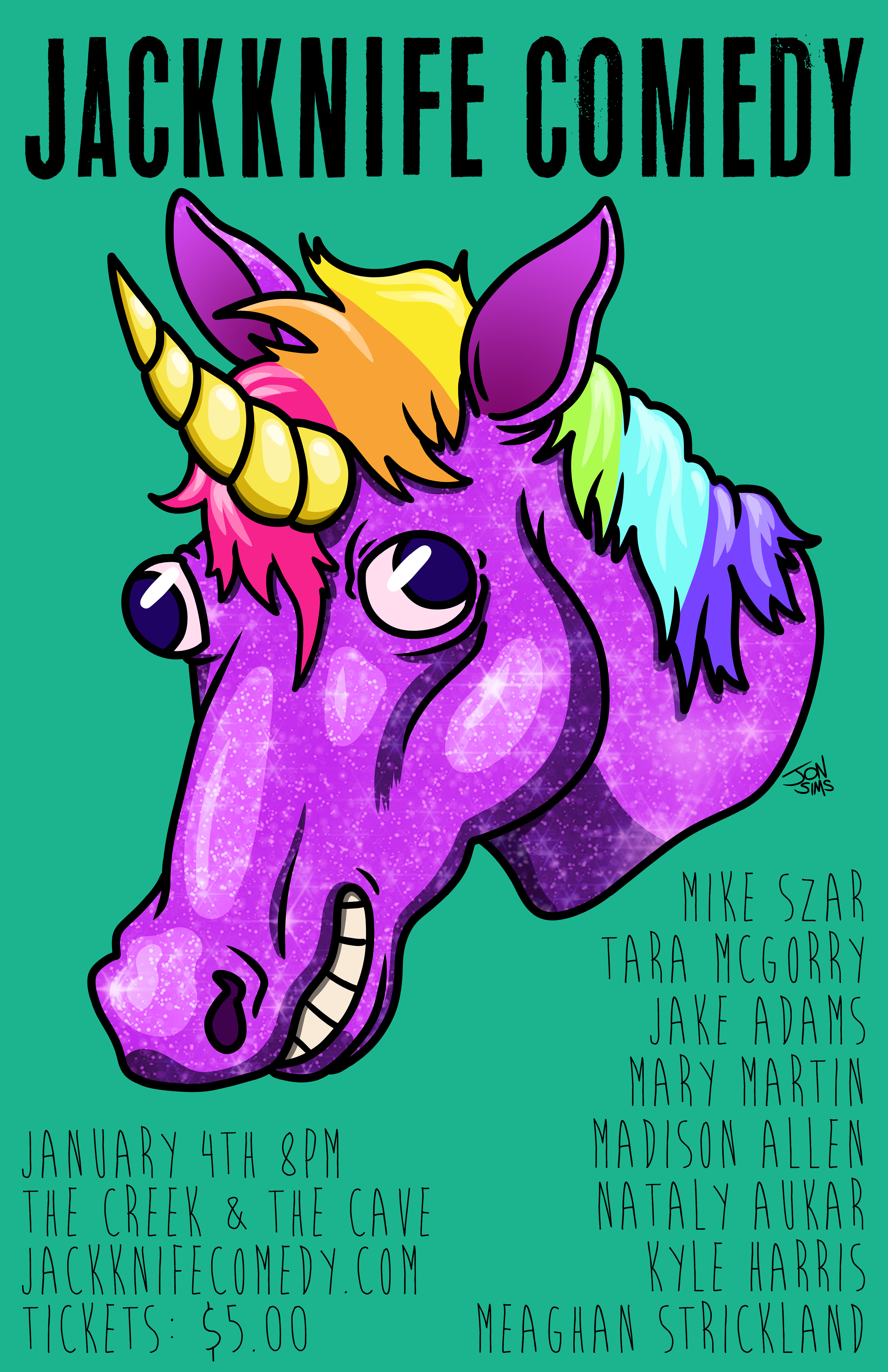 Jackknife Comedy is a rad monthly stand up show the first Saturday of every month at The Creek and The Cave in Queens, hosted by two dummies from Iowa named Gideon Hambright and Patrick Hastie! Each show they pick a bunch of their favorite comedians to come do sets, be cool and have a blast!

This month’s comics are:

Come out and party!