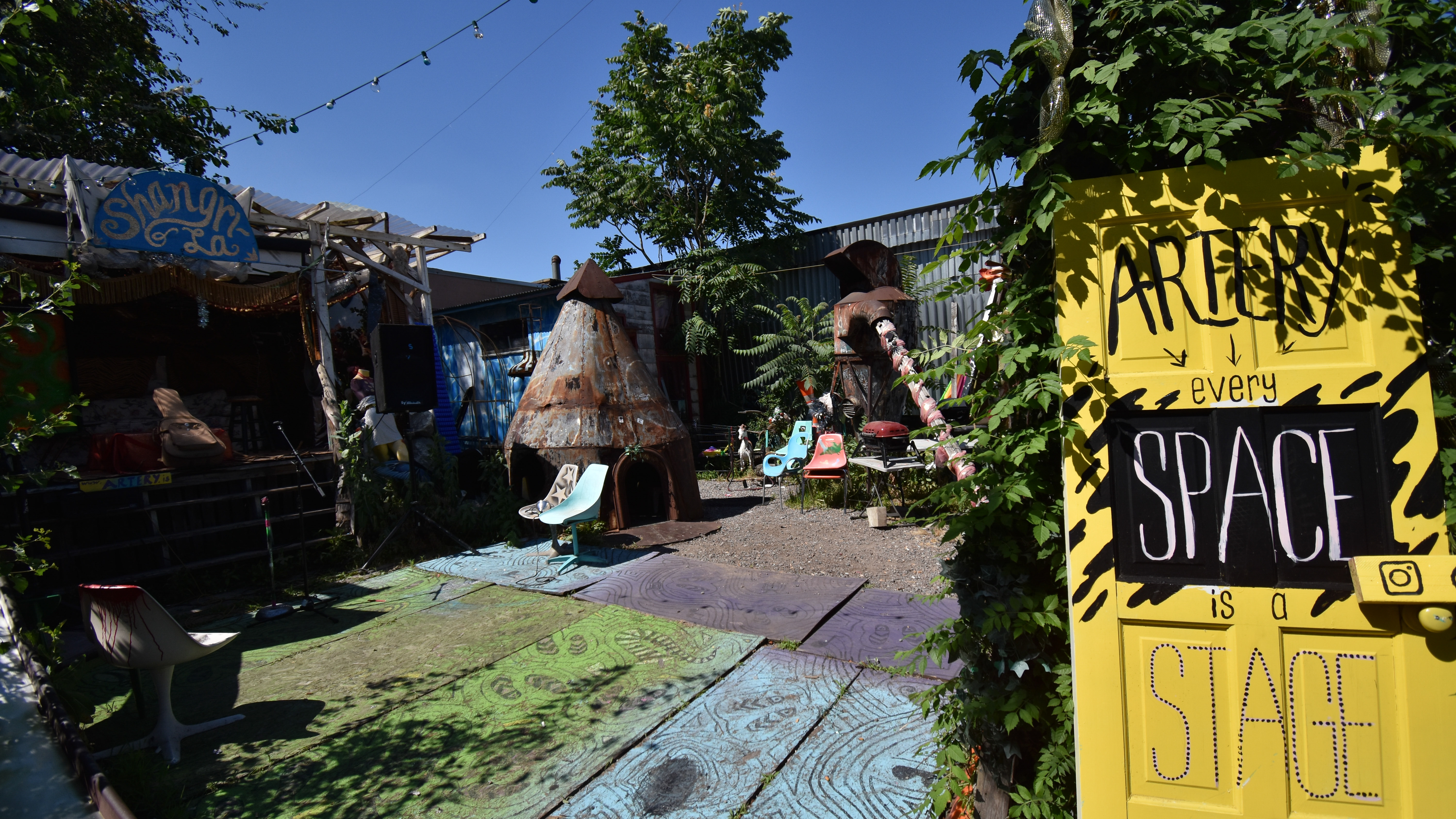 RSVP INFO: Spots are $15 early bird, $20 within 24 hours, good for both Saturday and Sunday. RSVP here for the address: artery.is/showcases/homeSat2019

We’re doing it again! For the 2nd Artery intimate festival, we’re doing a full weekend celebrating the people who self-organize culture all over the city.

Artery has grown from a couple of showcases each week to more than three a day, helping performers collaborate on intimate sets in living rooms and backyards across six cities. But this festival is different. Rubulad has generously offered us an incredible venue to do something on a big scale & we’re going in.

“Home Away from Home” is a festival in an otherworldly, multi stage, outdoor wonderland.

An entire day to celebrate the people who take culture into their own hands. Join six creative communities at a massive outdoor celebration of Brooklyn’s home grown culture.

Spots are $15 early bird, $20 within 24 hours, good for both Saturday and Sunday. RSVP here for the address: artery.is/showcases/homeSat2019

SmokesnJokes
Smokes n Jokes is a floating comedy show created x Ohene Cornelius with a hint of music. We mostly take up spaces that are apartments, lofts, and other non-traditional venues. We are advocates of THC and the positive effects it can have on the body and mind.

Marcus Jade and the Local Color
From Artburst, Friday Night Features, Black Power Potlucks and The Blues Revisited, Marcus Jade has put together showcase to fully dive into the culture and thriving community. Marcus Jade will be presenting individuals who bring together their own unique arrangement of music, straight from the local community and into a new space.

The Beatbox House
The Beatbox House is a collective of the most talented and diverse beatboxers in the United States of America. Hailing from different regions of the country, The Beatbox House looks to push the boundaries of what is possible with the human voice. Beatboxing has grown into a world wide phenomenon that has branched out from its Hip-Hop roots. The collective looks to rebrand the art form as a part of the new “mouth music” movement.

Get Carried Away Event Management, LLC
We’re committed to diversity and intersectionality at Get Carried Away, so increasing the number of female, LGBTQ & POC performers onstage is a core part of our mission. We’re the organizers of the Get Carried Away​ Festival & other associated events in the NYC area. This year’s festival will be coming soon to a boat near you. Keep an eye on the horizon.