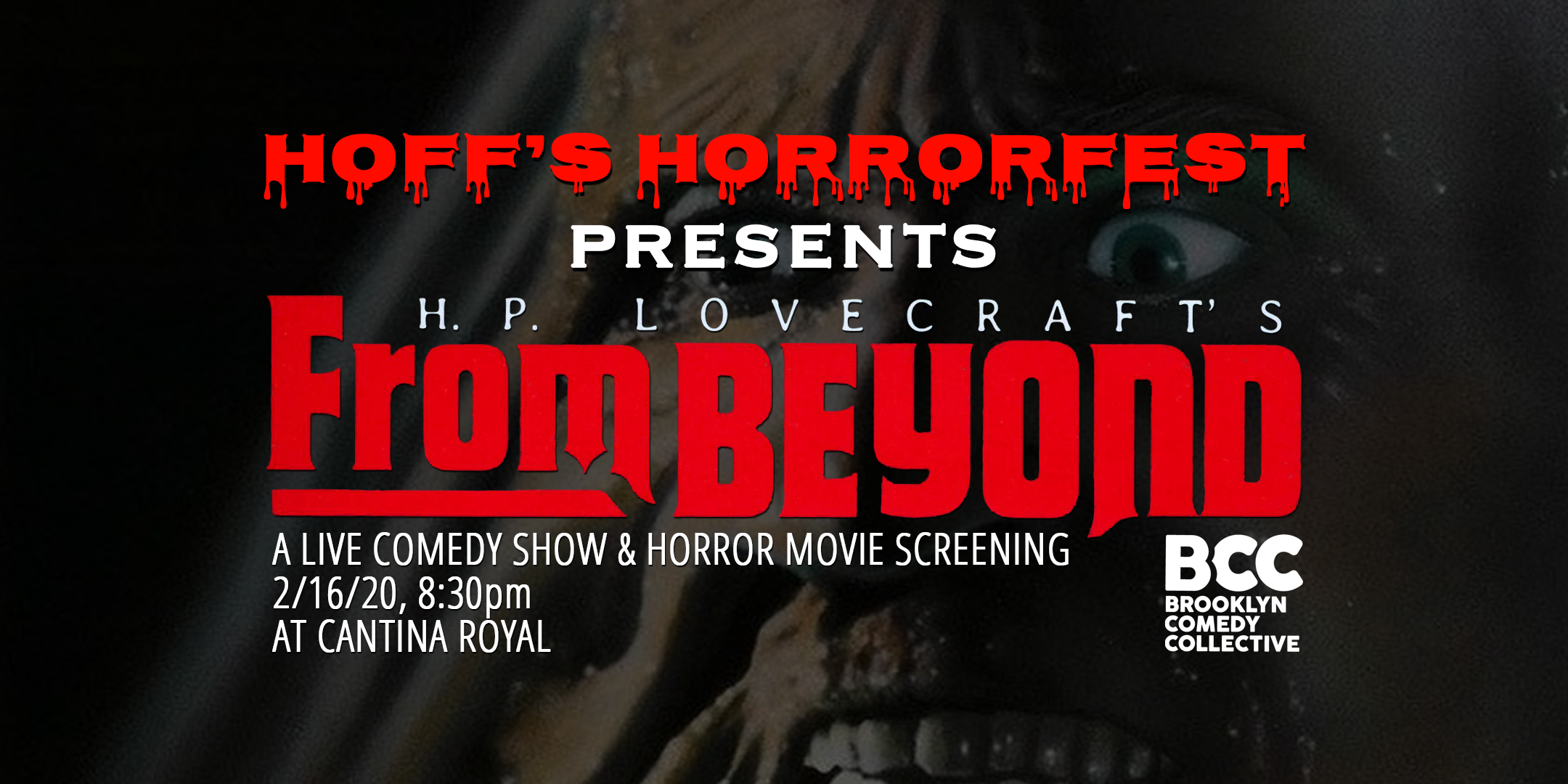 Laugh until you scream at this month’s exciting edition of HOFF’S HORRORFEST at 8:30pm on Sunday, February 16th at the Brooklyn Comedy Collective! Host Hoff Matthews (Comedy Central) and co-producers Ian Goldstein (The New Yorker), Tim Barnes (All That) and Andrei Alupului (Come Ova, UCB) present a full screening of the freaky 1986 H. P. Lovecraft adaptation From Beyond, interspersed with comedy bits, host segments and prize giveaways.

For thousands of years, mankind has wondered what sinister alien forces might lurk beyond the paltry limits of human understanding. Wonder no more—instead, come out to February’s edition of the live comedy show/horror movie screening series HOFF’S HORRORFEST!

Director Stuart Gordon first brought Lovecraft’s work into the cult film universe with 1985’s Re-Animator, and From Beyond was his attempt to top that film’s goopy mix of sci-fi horror, twisted sex and straight-faced absurdity. Jeffrey Combs and Barbara Crampton return (along with Dawn of the Dead’s Ken Foree) as researchers who activate a machine that allows interdimensional beings to manifest in our reality. Do they come in peace? Find out at the Brooklyn Comedy Collective at Cantina Royal in Brooklyn (58 N 3rd St.) on February 16th at 8:30pm!