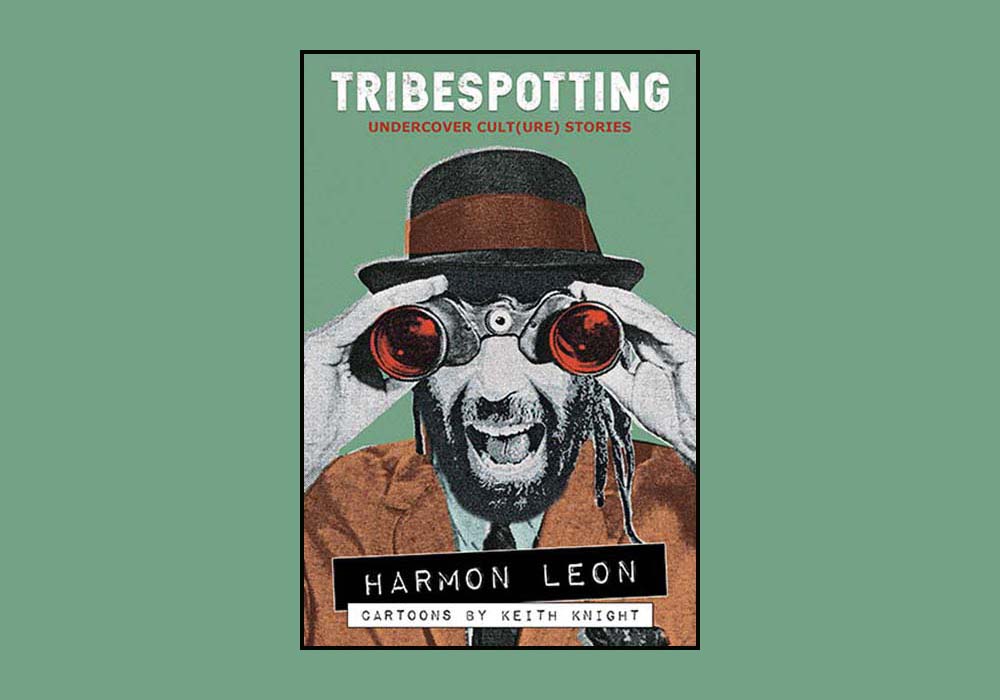 In his latest book, legendary infiltrator, Harmon Leon (goes undercover to explore the phenomenon of cultural tribalism in this divided America.

In his subversive infiltration style, Leon drastically changes his look, style, and attitude to go undercover and investigate – American subcultures in order to walk in their shoes and find out what makes them tick.

At the root of all these different tribes lies the same psychological need—the desire to fit in and belong, and to be be around like-minded people – to be among their tribe.
Cartoonist Keith Knight provides artwork for Tribespotting: Undercover (Cult)ure Stories – to enhance Leon’s enlightening narrative
LET’S DO SOME TRIBESPOTTING!

“Tribespotting is eye-opening to say the least.”
–David Litt, author of NY Times bestseller Thanks, Obama

“Tribespotting lifts the lid on the strangest, most surreal corners of the country.”
–Harriet Alexander, The Daily Telegraph

HARMON LEON is a journalist, comedian, and filmmaker. He is the author of seven previous books.
Leon’s writing can be found in Vice, The Nation, the Observer, Esquire, Ozy, National Geographic, The Guardian, Wired, and more.
He has appeared on This American Life, The Howard Stern Show, Penn and Teller: Bullshit!, Last Call with Carson Daly, MSNBC, and the BBC and has performed his critically-acclaimed solo comedy shows at venues around the world, including: The Kennedy Center, The Edinburgh Festival, Melbourne Comedy Festival, and Montreal’s Just for Laughs.
Leon is the producer of a recent Official Selection at the Sundance Film Festival and the host of a popular podcast: Comedy History 101.
www.harmonleon.com.

KEITH KNIGHT is the creator of three popular comic strips: The Knight Life, (th)ink, and The K Chronicles. His cartoon, Woke,is the inspiration for a new series on Hulu. His art has appeared in various publications worldwide, including the Washington Post, Daily KOS, San Francisco Chronicle, Ebony, ESPN the Magazine, L.A. Weekly, MAD, and Funny Times.
www.kchronicles.com.