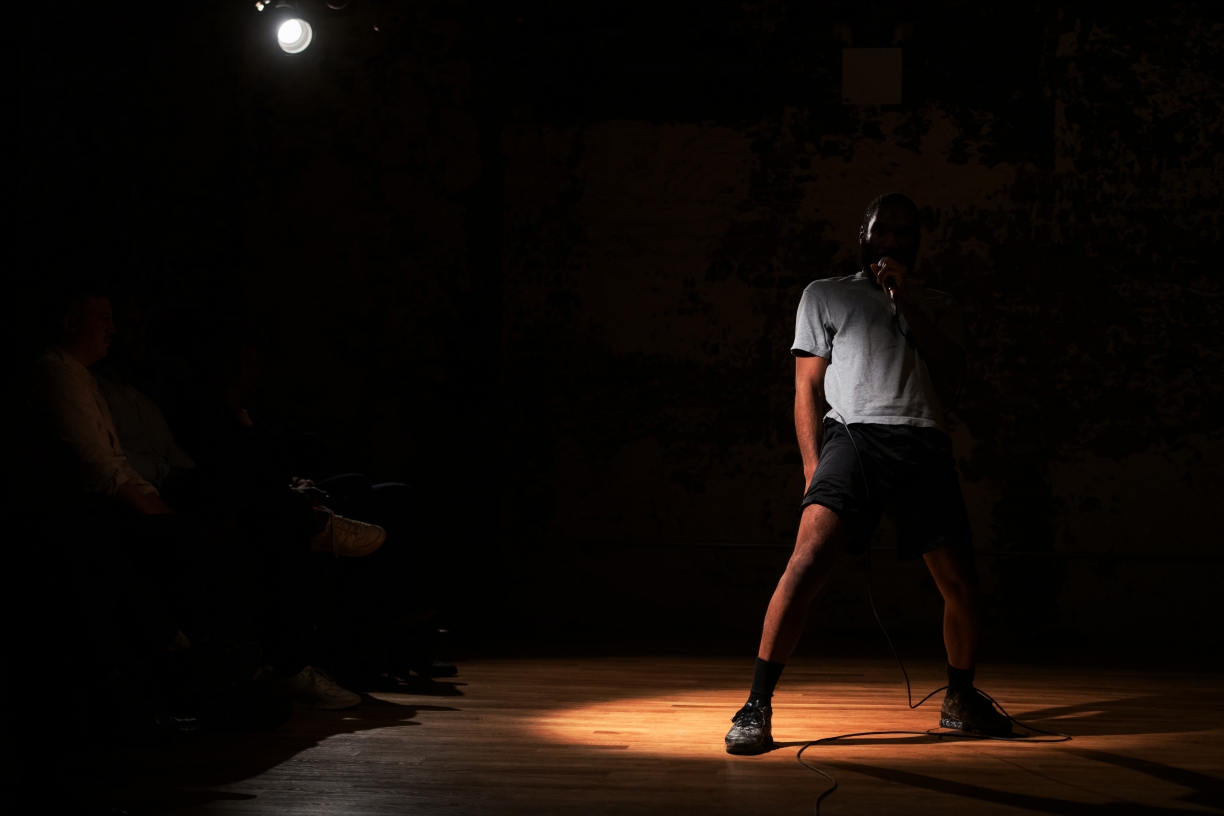 Writer and performer Justin Allen opens his 2020 ISSUE residency with the premiere of Guitar, a new performance stemming from ongoing research into how to emulate, experiment with, and better understand the performance practices of punk singers.

Building on his work Explain Totality (version 4) in which he performs as a singer of a four-piece punk band, Allen is preparing a series of performances in which he sings and experiments with screaming vocal techniques, accompanied by three isolated instruments: electric guitar, electric bass, and drums. The performances focus in on the individual instruments, incorporating both rehearsed and improvised material as well as movement. The first performance of the series, Guitar, will feature electric guitar and vocals by poet Sean D. Henry-Smith.

Justin Allen experiments with performance and writing. His work focuses on the ways aesthetic, structural, and conceptual features in art and language communicate social histories. He has performed at Performance Space New York and Brooklyn Museum with frequent collaborator Devin Kenny, and performed solo work at Movement Research at the Judson Church, BAAD! Bronx Academy of Arts and Dance, and ISSUE Project Room, among other venues. He has read his poetry, fiction, and nonfiction at venues such as The Poetry Project at St. Mark’s Church, Kampnagel (Hamburg, Germany), and Artists Space. His work has received support from Franklin Furnace, Foundation for Contemporary Arts, and The Shed. He is from Northern Virginia and lives and works in New York City.

This performance will be ASL interpreted and audio described.