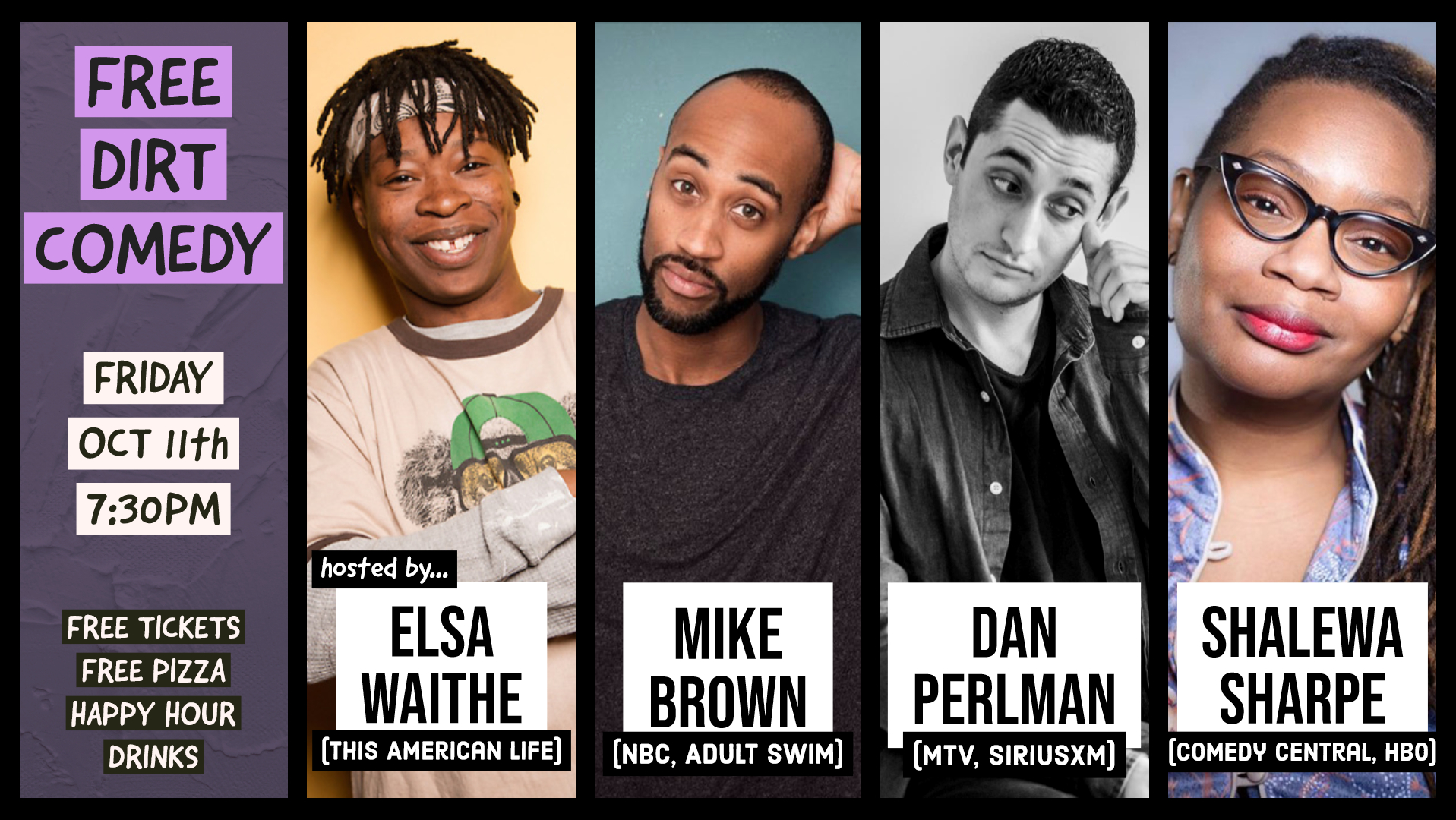 It’s hot, it’s cold, it’s boiling, it’s freezing, it’s the fall but it’s also third summer! You may not be able to count on Mother Nature in this crazy world, but you can count on FREE DIRT COMEDY to be your Friday Night rock in these turbulent times.

You don’t want to head into the weekend without laughing it up All-Star talent like:

all hosted by the uproarious and hilarious Elsa Waithe (This American Life, Cinderblock Comedy Festival)

On top of this murderer’s row of talent, we’ve got FREE PIZZA and HAPPY HOUR SPECIALS throughout the entire show, only one drink minimum, and no cover at all!

If you RSVP through Eventbrite, we’ll even make sure you don’t get seated in the front row!

* Karma is a 21+ over establishment. There is a one-drink minimum. Doors open at 7:20pm. The showroom is only accessible via stairs. Lineup subject to change. Photos may be taken for promotional purposes. Do not taunt the Happy Fun Ball. If you have any other questions, please contact us at info[at]freedirtcomedy.com.