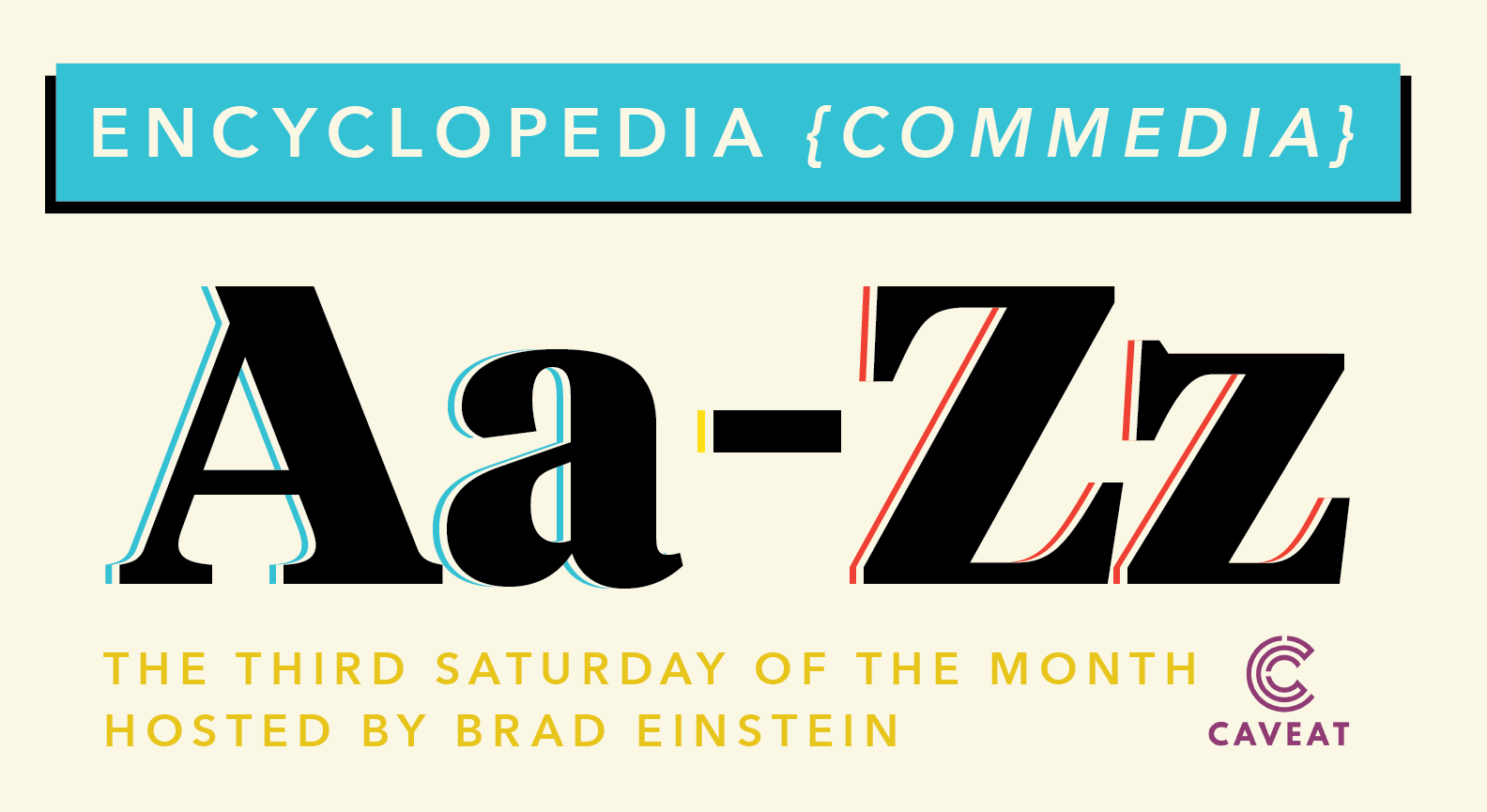 SAT // OCT 12
Encyclopedia Commedia: W-X-Y-Z
After a year and a half and 22/26 letters learned with laughter, Caveat’s only Encyclopedia-themed comedy variety show is throwing a WINDUP that will make XXX’s of YOUR ZZZ’s
Encyclopedia Commedia is a fast-paced and hilarious exploration of all the knowledge in the world (more or less- markedly less)
Come witness a ragtag assortment of bitter tastemakers, impure thought leaders, genuinely accomplished comedians and the occasional marching band as they pummel your cranium with information until you’re weeping with knowledge!
Hosted by Brad Einstein (Second City, National Parks Artist-in-Residence) and Claire Friedman (The Atlantic, Cards Against Humanity)
Doors 9:00 PM, show 9:30 PM.
Tickets $10 in advance, $12 at the door.