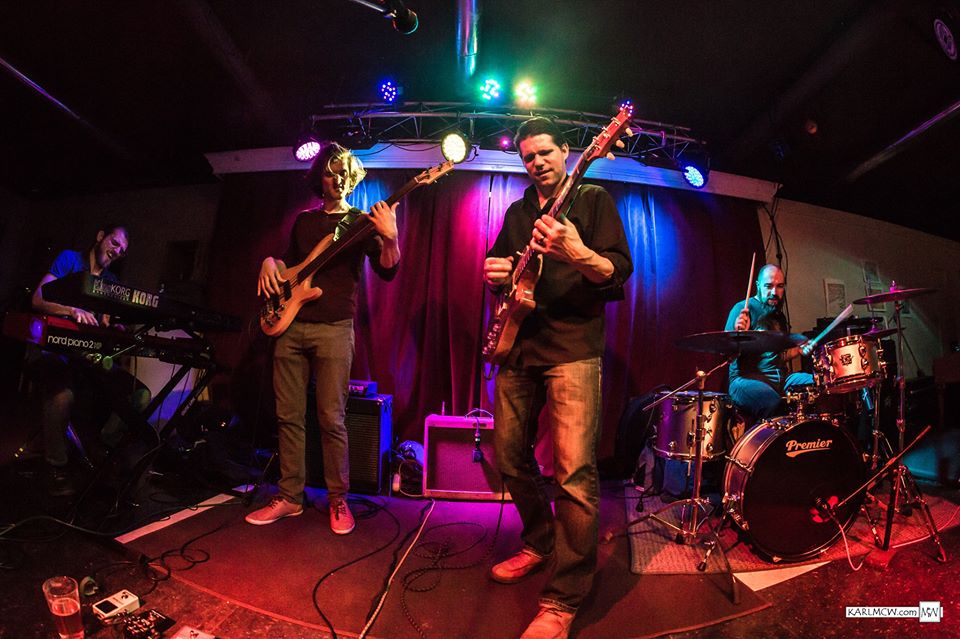 Dirk Quinn is the guitarist for a high energy funk/jazz band based out of Philadelphia that travels extensively throughout the US and Canada. Utilizing over a decade of steady performing, Quinn has developed a unique and progressive style – one that appeals to a wide variety of music listeners with fans ranging from the beard stroking jazz aficionados to the jam band hippies.

Surrounding himself with a group of extremely talented and like-minded musicians, Quinn has been playing shows across North America while receiving an ever increasing amount of media attention. His music has now been featured on over 100+ radio stations worldwide and gets daily internet airplay on sites such as Spotify and Pandora. Notable spins include the “Pick of the Day” on WXPN in Philadelphia as well as on the nationally syndicated “Keller’s Cellar” broadcast hosted by Keller Williams.

The band’s infectious energy and musical interplay routinely attract listeners that are admittedly more accustomed to lyric-based music. With great melodic sensibilities, rhythmic experimentation and an accessible modern edge, the Dirk Quinn Band is jazz/funk improvisation at its most exciting.