David and Katie Get Re-Married 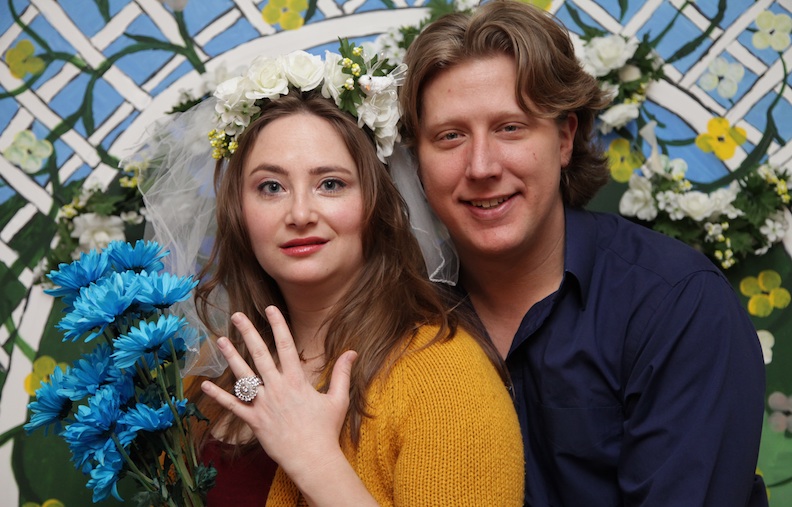 You are cordially invited to the second wedding of David and Katie, two star-crossed f*ckers who’ve broken up and reunited more frequently than Spider-Man gets rebooted. This confidently codependent couple will teach you how to love correctly through original music, exotic rituals, and a unity volcano. Their family and friends will certainly not be attending so strangers are welcome to bask in this trainwreck of a ceremony. But really, this time it’ll stick! For realz tho!

Written and performed by David Carl and Katie Hartman

KATIE HARTMAN is an actor, writer and comedian in NYC. She can be seen in High Maintenance (HBO), Younger (TV Land), Search Party (TBS) and in the Netflix film, “The Week Of.” In 2018 Katie was selected as a New Face of Comedy for the prestigious Just for Laughs Comedy Festival in Montreal. She was a staff writer and performer on the WGA nominated Paid Off with Michael Torpey on truTV a regular correspondent/writer for Hearst Media’s Seriously.tv. www.katiehartman.rocks

DAVID CARL is an actor, comedian, writer, solo performer, and impressionist who returns for the third time to Milibo after bringing Gary Busey’s One-Man Hamlet (as Performed by David Carl), and Trump Lear (Edinburgh Fringe 2018 and 2019). TV/Film: Blue Bloods (CBS), The Enemy Within (NBC), Divorce (HBO), Mr. Robot (USA), Kingfish, Same Boat, and The Revival. He is very excited to return with Katie Hartman and David and Katie Get Re-Married. www.davidcarlonline.com