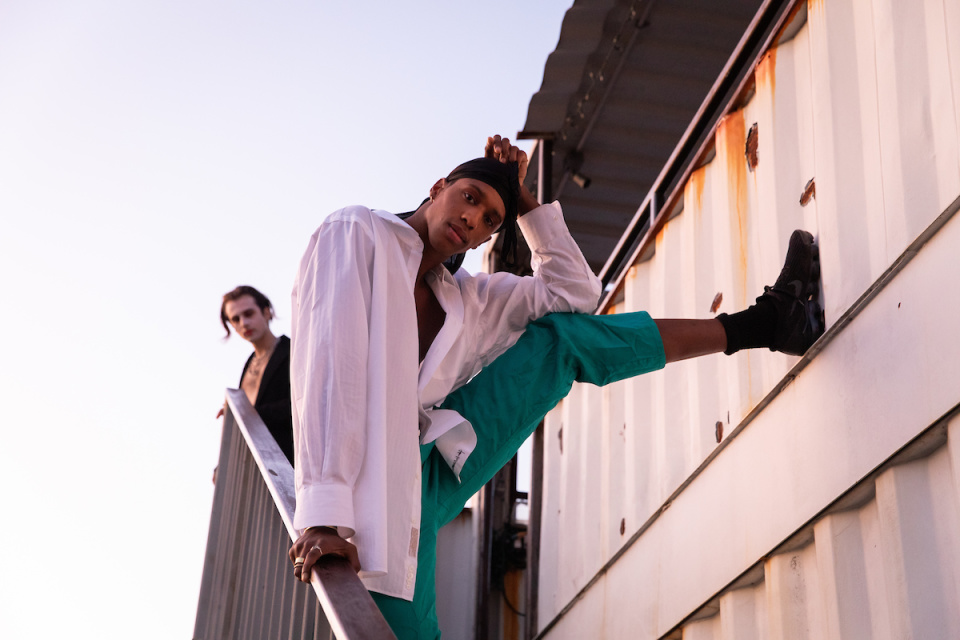 Crit Night is a seasonal series, where current and past Pioneer Works artists-in-residence share works in progress during an intimate evening focused around experimentation and discourse.

Visual Arts Resident Jenny Perlin will share films from her explorations of subterranean bunkers across America.

Visual Arts Resident Maia Chao will host a participatory open-mic reading of acceptance and rejection letters. Guests will be invited to read aloud their own acceptance/rejection letters, emails, texts, or just listen. Her hope for this exercise is to generate a therapeutic moment of catharsis, recognition of invisible labor, some entertainment, a space for solidarity, and a celebration of what could have been. This idea stems from her interest in the myth of the model minority, the gig economy, and the precarity of the “emerging artist,” as well as how we orient ourselves in relation to institutional validation.

Quenton Stuckey and collaborators will share songs from an album recorded during his Pioneer Works Music Residency in October 2019.

Jenny Perlin is an artist working between Brooklyn and Berlin, Germany. Her practice in 16mm film, video, and drawing works with and against the documentary tradition, incorporating innovative stylistic techniques to emphasize issues of truth, misunderstanding, and personal history. Her projects look closely at the ways in which social machinations are reflected in the smallest fragments of daily life. In her films, Perlin often combines handwritten text and drawn images, embracing the technical flaws of analog technologies.

Maia Chao is an interdisciplinary artist based in Brooklyn, NY. With a background in cultural anthropology, her interest in sociality, inter-subjectivity, and knowledge politics drives her practice. Chao is especially drawn to the contentious border between the emic and etic—the insider and outsider perspectives of a culture. Through video, performance, installation, and social practice, her work often engages the “script,” both as it is known in performance and in psychology—the social behaviors absorbed through cultural influences. Often, absurdity emerges in her work through processes of mimicry, repetition, and play. She investigates the “emancipatory potential” of child’s play as a tool for imagining what has been or could be. For a range of pieces she’s worked with community radio practitioners, linguists, acousticians, archaeologists, and people who don’t visit art museums. The desire to collaborate with individuals originates from an abiding interest in the cultural fluency one gains through lived experience—everyone is an expert in something. She is the co-creator of Look at Art. Get Paid., a socially engaged artwork piloted at the RISD Museum and now in development at a cohort of art museums. She is a Van Lier Fellow of the Asian American Arts Alliance (NYC) and artist in residence at Haverford College. She is currently developing a commission for the inaugural opening of the Shed in New York. A Fulbright grantee, Chao holds a BA in Anthropology from Brown University and an MFA from the Rhode Island School of Design.

An only child is the musical alias of dancer and vocalist Quenton Stuckey. Originally from New Orleans and the son of a preacher, Stuckey’s work is based on childhood memories and desire. He has worked with choreographers Gerard & Kelly, Sarah Kinlaw, Amy Gardner, and Ryan McNamara. An only child has performed at venues such as MoMa PS1, Wythe Hotel, and Secret Project Robot. In 2017, he choreographed a work featuring six dancers at the Solomon R Guggenheim Museum and self released “Imaginary Friend EP.” He has also danced for institutions such as the MoMA, The Whitney Museum, The Phillip Johnson Glass House, and Mana Contemporary. Quenton is currently a member of the Rod Rogers Dance Company.