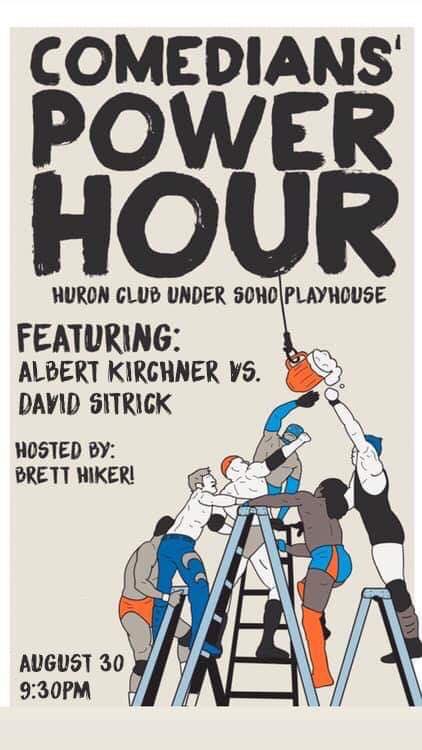 Comedians’ Power Hour (CPH) is a touring comedy show that pits two comedians in head-to-head competition telling jokes and taking shots of beer on an exciting and inebriated journey to be crowned Power Hour Champion.

This month’s Comedians Power Hour features a duel between

Inspired by the college drinking game, a CPH has comics trading off doing two-minute sets of stand-up all the while taking 2oz. shots of beer between each set. As the hour goes on, hosts throw out challenges that play into the comics’ intoxication levels like doing two minutes of another comics’ material or giving a drunken Best Man Speech.

Hosted by Brett Hiker, CPH originated in Albuquerque, NM and now has offshoots in NYC, Denver, Austin, Seattle and tours everywhere in between.

Voted several times as one of the Top Ten Best Comedy Shows in Denver, Westword describes CPH as, “A paean to comedic inebriation, [that] calls upon comics to compete in an increasingly absurd gauntlet of standup challenges punctuated by shots of beer.”