Cher & Carol: Together At Last 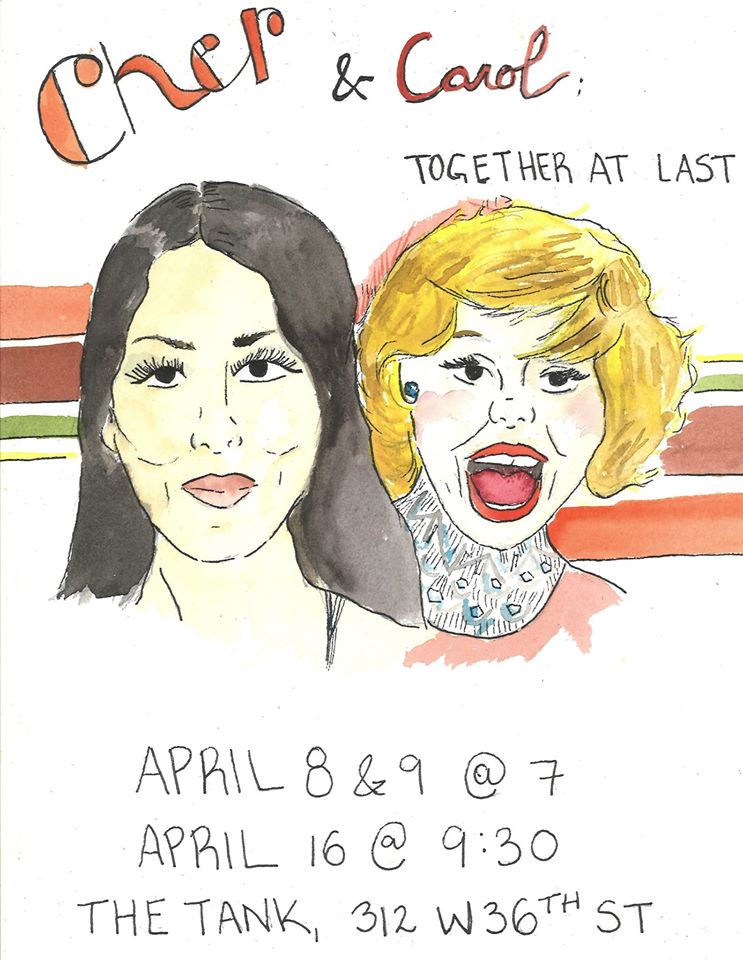 In 1974 two greats of the stage and screen came together for a brand new Variety TV program. Starring Cher and Carol Channing, everyone thought it would be a hit, but unfortunately, it never made it to air. The raw footage was thought to be lost and only remembered by the 86 people in Burbank who were in the original live studio audience. But all that is about to change. For 3 nights only, you can see, Cher and Carol Together at Last with songs, comedy, and dance from the goddess of pop, Cher (Wallace Wilder) and Broadway legend, Carol Channing (Rosa Escandon).

The hour-long comedy spectacular is a love letter to strong women, music, Impeachment (Nixon’s), and the specific flavor of 1970s television. With cameos from Alon Elian, Matt Storrs, and a special surprise (celebrity) guest every night, you never know who might show up at Cher and Carol Together at Last.