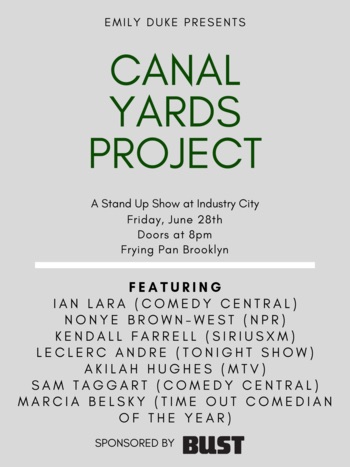 WHO: New York based comedian Emily Duke, host and curator of the Canal Yards Project, is announcing the line-up for Friday, June 28 which features